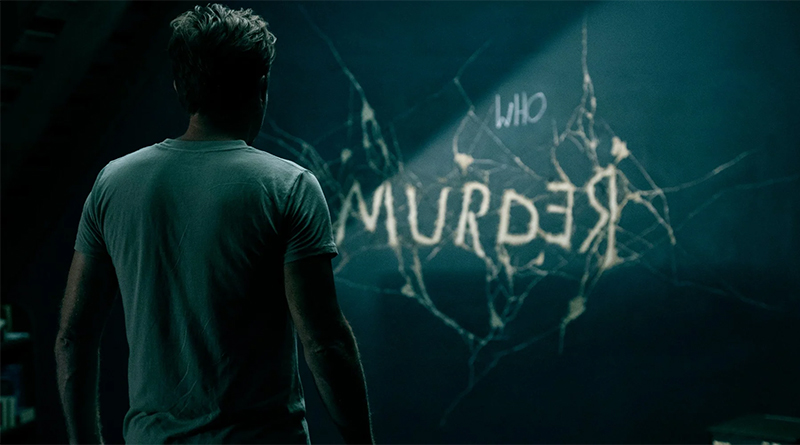 Stephen King is my favourite writer, yet Stephen King is NOT my favourite horror writer. A contradictory statement? Perhaps, but you see, I feel that much of King’s written work is more like Dark Fantasy than horror – since 1982’s saga launching The Gunslinger at least. Prior to that, his works certainly had a stronger pure horror leaning: Carrie, Salem’s Lot, Cujo and of course, the mother of all haunted house stories – The Shining.

Coming 36 years after the first book, King’s 2013 sequel Doctor Sleep was more akin to a fantasy action-adventure with some horror sensibilities than an all-out terror-fest. But that didn’t make it a bad book – not at all.

And so it is with the film.

Director Mike Flanagan is no stranger to hauntings, having written and directed Occulus (2013), Ouija: Origin of Evil and Before I Wake (2016), not to mention working with Netflix on his first King collaboration Gerald’s Game (2017) and the series The House On Haunted Hill (2018). What’s interesting about all those projects is that Flanagan eschews traditional horror film cliches like jump-scares in favour of character development and slow-building tension to create a sense of unease.

Doctor Sleep is no exception to that rule.

Despite escaping the Overlook, Danny Torrance continues to be haunted by the events there. Partly by the hotel’s motley collection of ghosts who continue to torment him, but more so by the fear that he might grow up to be just like his father.

As middle-aged Dan tries to put his fractured life back together, a threat to all those with the gift of The Shining emerges and which forces Dan to make some very tough decisions regarding his troubled past.

I can’t really say much more about it without getting into mild spoiler territory, so will leave it at that.

What I will say is that Doctor Sleep broadens the mythology set out in The Shining to create a rich fantasy world with so much more to fear and marvel at than a spooky hotel.

How Do You Solve A Problem Like The Shining?

That is indeed the question. While he has publicly praised Stanley Kubrick’s film as a good example of a horror movie in its own right, King has been far more outspoken about his issues with it as an adaptation of his work, taking particular issue with major changes to the ending and Jack Nicholson’s far less sympathetic portrayal of Jack Torrance than in the source material.

So when King appeared to back Flanagan’s proposal to make both a sequel to the 1980 film and a fairly faithful adaptation of the 2013 novel, eyebrows were raised. Just how was he going to do that?

If you’ve not read The Shining but have seen the 1980 film, then this is all a fuss over nothing to you, but, once again without trying to spoil things, the book has a vastly different ending. And when we begin to flick through the pages of Doctor Sleep, it’s pretty obvious that the former book’s events are hugely important to the continuing story. But, as I said before, Doctor Sleep professes to be a faithful adaptation of the book while honouring the 1980 film.

And it does. Kind of.

On the whole, Doctor Sleep IS pretty faithful. Events play out for the most part as they do in the book.

But what about Halloran? What about the Overlook Hotel? What about Jack? Their fates in Kubrick’s film were quite different from those in the book. As someone who has read and seen all the films and books, I’m happy to say that all those issues are dealt with rather neatly. It does cause Doctor Sleep’s final act to divert away somewhat from the book – but I would argue not as far as some have suggested.

What Doctor Sleep does do is give closure to those who felt shortchanged by Kubrick’s alterations by honouring both the book and movie of The Shining in an emotional finale. There are a few moments which some will feel are over the top fan service – but I liked the callbacks to the earlier film – they give further weight to Dan’s concerns over history repeating itself. 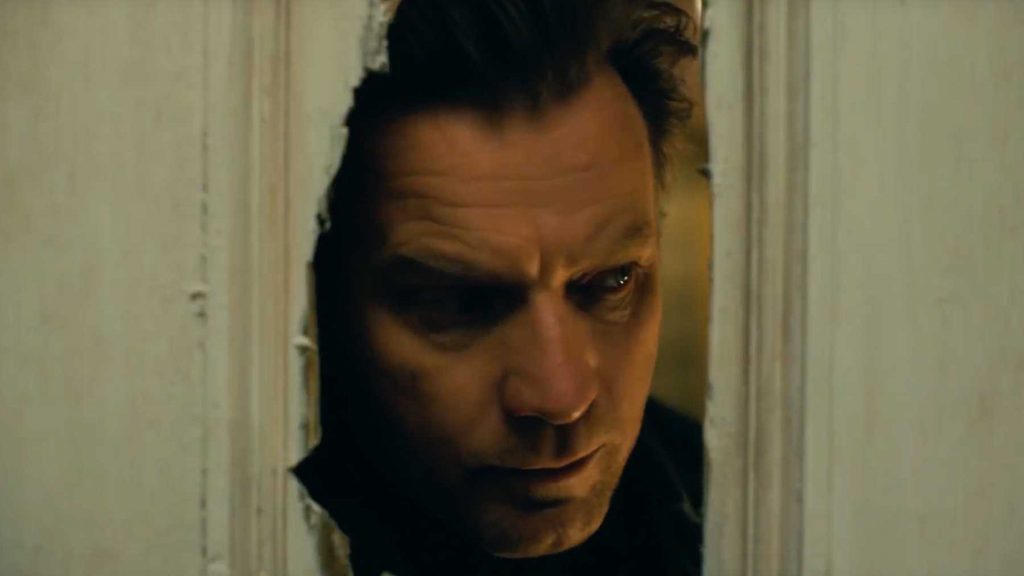 What’s also interesting is that rathe then use existing footage from the 1980 film Flanagan chose to recreate it for flashback scenes – and while he does homage Kubrick’s disorienting camera angles to give the series a feeling of continuity, it’s never at the expense of his own visual style. Doctor Sleep, while very much a sequel to The Shining, is also its own film, with its own unique look. One scene in particular, where Rebecca Ferguson’s character (who I will come to in more detail shortly) uses her unusual abilities to search for someone, was like nothing in the first film and was stunning to watch.

Ewan McGregor plays the older Dan with a lost little boy sensibility which he tends to bring to many of his roles – and which absolutely works here too. I wasn’t sure about his casting upon reading about it a couple of years ago but I have to say I liked him here.

Making her debut in a starring role (having only appeared in a minor part in one other film, the drama I Can I Will I Did in 2017) Kyliegh Curran plays Abra Stone, a fellow Shiner who forms a bond with Dan. As teen actors go I think she did just fine – I’m sure we will be seeing plenty more of her in the years to come.

Cliff Curtis (who is rapidly becoming a new addition to the “That Guy From That Thing” list) plays Dan’s friend Billy. Curtis is always good value for money and gives Doctor Sleep a lot of its heart.

Rounding out the main cast is Rebecca Ferguson who shines (pun absolutely intended) as the villain of the piece – Rose the Hat. Ferguson imbues King’s already creepy vampiress with a deadly charm that’s both alluring and frightening. She put me in mind of some of Hollywood’s greatest vampires – like Frank Langella’s Dracula, Kiefer Sutherland’s David (The Lost Boys) or Chris Sarandon’s Jerry Dandridge (Fright Night) – seductive, sexy and lethal. At times I felt myself sympathising for her as she agonised, much like The Lost Boys’ Max (Edward Hermann) or Near Dark’s Jesse (Lance Henrikson) over keeping her undead family – The True Knot – together and well-fed. And then she goes and does something so despicable (and in one scene in particular, so difficult to watch) that you are reminded of her lethal nature. This is an animal. A very intelligent yet no less hungry, unpredictable and deadly animal. Despite the lack of fangs and a cape, Rose the Hat must surely now have a place at the head table in the Movie Vampires Hall Of Fame. 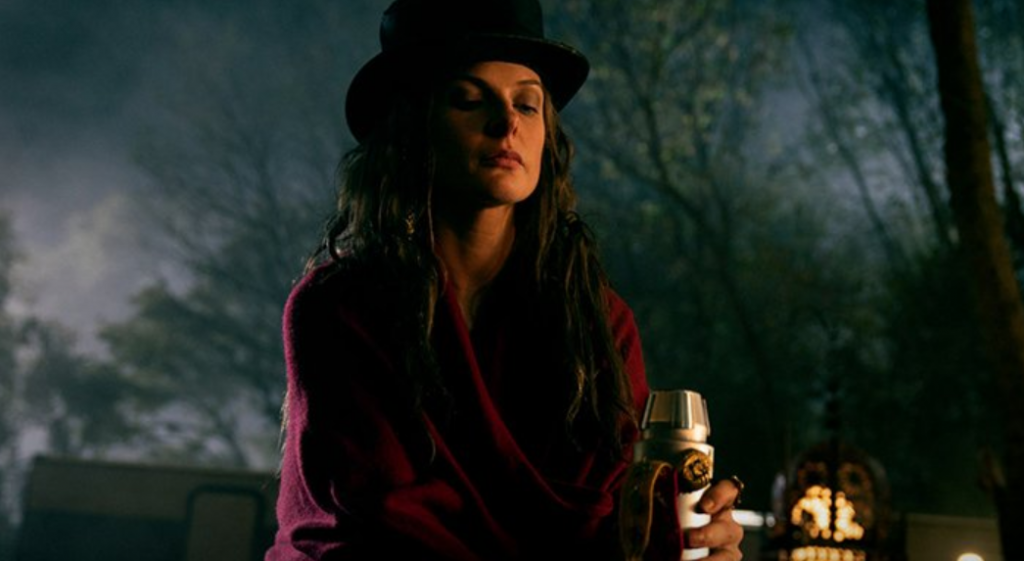 Carl Lumbly makes a small appearance as Halloran, The Overlook’s chef, who was so memorably played by Scatman Crothers in The Shining. It was always going to be difficult filling the shoes of someone as charismatic as Crothers and Lumbly plays the part well without ever succumbing to a bad Scatman impression.

Henry Thomas (Eliot from E.T. and frequent Flanagan collaborator) makes a brief cameo too, in a role I can’t talk about too much without getting into spoiler territory, but, as with Robert Carlyle’s appearance in Yesterday, it’s a small, yet affecting appearance which could have been badly handled, but was in fact respectfully done.

Doctor Sleep pays homage to both Kubrick and King’s visions of The Shining and finds a middle ground which ought to appease fans of both. I found the changes from the book intriguing and, as with Zak Snyder’s Watchmen adaptation, more fitting for the big screen. As a horror film, I found it more horrifying than immediately scary – but it’s those things which stay with you and haunt you long after watching.

As a dark fantasy adventure road movie, I found it top-notch entertainment and can’t wait to see it again.

Well done Mr Flanagan, you took on the impossible and pulled it off admirably. 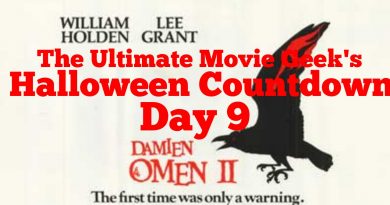 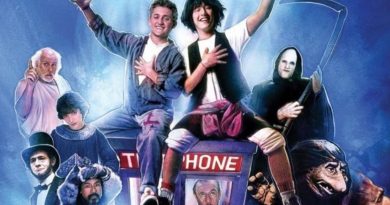 Bill And Ted Face The Music Has Its Villain.