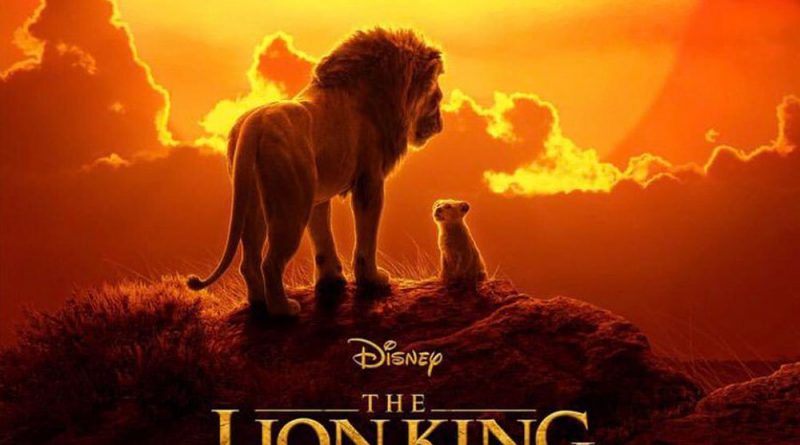 Welcome to the fourth in a series of reviews that I’ve been doing after viewing the most recent Disney Remakes. I started this journey with Beauty and the Beast, through to Dumbo. The last was Aladdin and now the most anticipated remake, The Lion King. A remake of the near-perfect 1994 hit that wasn’t supposed to be as big as it was. Can Disney Capture that second elusive lightning in a bottle? Well, out of the last three Disney Remakes I have reviewed, one of them had a positive reaction from me. Will The Lion King live up to the hype and be fun? Read on my fellow Geeks.

Jon Favreau, off the back of the successful Jungle Book from 2015, Directs The Lion King promising photorealistic animals. It stars Donald Glover, Beyonce Knowles-Carter, Chiwetel Ejiofor, Seth Rogan and James Earl Jones who reprises the role of Mufasa.

If you don’t know the Lion King, and there can’t be many people who don’t, the story is basically Hamlet. If you don’t know Hamlet, then The Lion King is about jealousy, murder and revenge, but with Lions. But instead of going through the story, I’ll assume you know it. The Lion King (2019) is exactly the same story. That’s not a complaint towards the film as a live-action remake will just be that. But the noticeable thing from the outset is that there are scenes and shots lifted from the original. 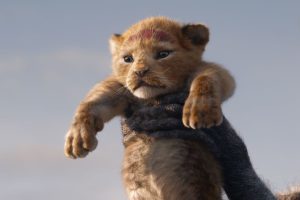 “some shots in the 1994 animated film are so iconic… despite what the trailers suggest, this film is not just the same movie over again”

And it is noticeable. Despite it being all recognisable to me, the most recognisable shot was the close up of the worker ants on the branch. The shot then switches focus to the herding wildebeest below. Again, this isn’t a complaint as the Disney remakes have varied in form. From a complete rewrite using the bare bones of the original (Dumbo, Maleficent/Sleeping Beauty) to a carbon copy with minor changes (Beauty and the Beast, Aladdin). It’s clear that the older movies from the Disney Vault are seen to be outdated. But the movies from the Disney Renaissance are viewed to be ‘perfect’ and ‘unchangeable’.

I Just Can’t Wait to be King

As a child of the 90’s I grew up with these movies and I distinctly remember owning the soundtrack. I had the CD with all the lyrics in the pull our booklet. I knew the words, from Circle of Life to Be Prepared and everything in between, it was a great soundtrack. But watching this movie as every musical interlude begins, I get a sense of recollection and yet, there’s something missing. There’s nothing wrong with the artists, or the singing or even the music, as it’s all basically the same composition. In fact, I’d say that the likes of JD McCrary’s version of “I Just Can’t Wait to be King” matches, if not bests the original. 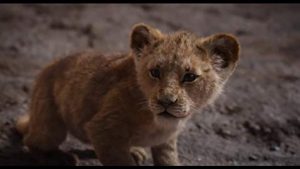 I’m not even sure that the feelings from these songs have lost something because they are so similar, but it doesn’t resonate the same with me as the original did. The changes they made to the music in my mind felt detrimental to the film. One example of this is the change to my personal favourite “Be Prepared” originally performed by Jeremy Irons & Jim Cummings (Who took over from Irons developed vocal problems). Here it is performed by Chiwetel Ejiofor, but it is changed that makes it less visual for what I can only assume is a more realistic interpretation. Ejiofor has the timbre and evil sounding voice, but the way the song (I say loosely) plays out just doesn’t get the same reaction as the original. Strangely they try so hard to imitate the scene, but what is memorable from the original is almost all removed from the remake.

Can You Feel the Love Tonight

There is fun to be had with this film. It is visually stunning as the animals are almost exactly what they set out to do. They are photorealistic and do move like real animals. There are firmness and weight to them. You can feel the stampede, and sense the splash of the watering hole; it is a well-made, perfectly rendered CGI film. We’ve come a long way from movies like The Polar Express and other early adopters of Motion Capture. I’d also call lion-shit on anyone who doesn’t become emotional at the opening scene. Lebo – M’s opening Zulu vocals is iconic and no-one other than he could recreate it. I  mentioned the opening is almost exactly the same as the original and that will please some audiences, and despite feeling a sense of warmth during the opening, I found myself asking, “why?”. 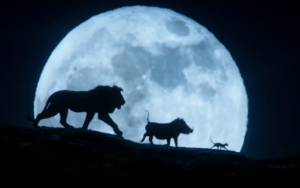 As said, it’s not all bad, there are moments that work well. Scenes from the original have been extended such as the “Lion Sleeps Tonight” scene performed by Timon (Billy Eichner) and Pumba (Seth Rogan). But at the same time, scenes have been shortened in some cases leaving out some memorable moment from the original. This includes the interaction between Rafiki and Simba after Rafiki discovers Simba is still alive. They have taken away the humour of that character interaction and by doing so removing the lesson learnt. 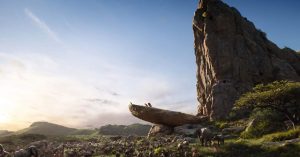 But in the end, it doesn’t matter what I say of the movie, it has been out over the weekend and already taken $530m worldwide. It is in no way better than the original and arguably the transition from cartoon to Photorealistic CGI means it actually loses something. Don’t get me wrong it is visually stunning, but still, it tries hard to emulate what went before that it loses its own identity. This can be said about all the Live-Action remakes, probably apart from Maleficent, which changed the focal character that the original story was a mere backdrop. 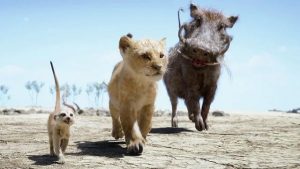 The vocal talents do their roles well if a little blandly. An example of this is with Scar. Ejiofor has a great voice and I believed him as Scar, and yet, he has nothing on Jeremy Irons. Irons, other than bringing evilness to the role he also brought humour to Scar. An example of this is the scene between Mufasa and Scar after Simba’s ceremony. In the original you had James Earl Jones being angry and serious opposite Irons throwing out bitchy comments. Ejiofor plays Scar as serious throughout the movie and it seems wrong. You feel that Scar has to have that humour just to make him more appealing to the audience.

Even though the photorealism takes away from the facial emotions of the characters, you can understand why and where the filmmakers are coming from. It’s much better to make something look real that halfway in between, an example of this is 2018’s Mowgli: Legend of the Jungle which took motion capture to the next step and animated the animal’s faces to the point of hideousness. Then you have the vomit-inducing ‘Cats’ trailer that played before The Lion King, which is another example of the Uncanny Valley due to its mixed CGI and live-action footage. Lion King is successful in the way you actually believe the animals are real. But, in a film where there are human emotions at play, it might be that the original is better at conveying this. 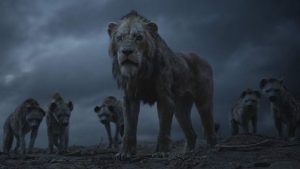 But as said, the movie is a hit, and my words won’t stop someone from viewing it. That does raise a few questions about where the film is going when a remake of a 25-year-old animated movie is one of the biggest releases of the year. Where are all the new and original movies? But don’t fret, and be prepared for more Disney to soullessly churn out live-action remake. Remake after remake until they decide to focus on animating the original live-action movies from the Vault!

I can imagine Bedknobs and Broomsticks being an animated remake. But the underwater and football match scenes being photorealistic CGI. The next movie to be released theatrically is a sequel to Maleficent. Titled, ‘Maleficent the Mistress of Evil‘ this looks as though it goes away from what the original story was.