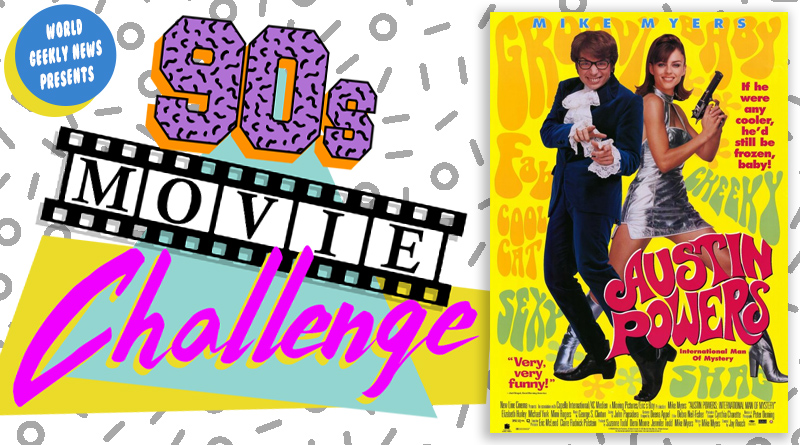 We’re back! Welcome to #90sMC where we look at some of the 1990s’ biggest and most influential movies. This week our very own groovy master spy Rebecca Aulburn takes us back to 1967 and then skips forward a bit to 1997 to look at Austin Powers: International Man of Mystery.

We’ll start at the beginning. The very first spy story:

1 And the LORD spoke unto Moses, saying:

2 ‘Send thou men, that they may spy out the land of Canaan, which I give unto the children of Israel; of every tribe of their fathers shall ye send a man, every one a prince among them.’

And Austin Powers was that man.

Spy fiction has existed for a long time. The idea of espionage being carried out with advanced technology surfaced around the 1800s. Simon Templar was smashing evil empires decades before James Bond, but it wasn’t until The Man From U.N.C.L.E. that the Spy-Fi aesthetic was formed.

Almost as soon as they arrived though, parodies were made. There’s even a film genre called Eurospy that is made up of adolescent parodies of Jimmy Bond.

This is all to say that everything in AP:IMoM had been done before. Many times. Even Dan Ackroyd and Chevy Chase had brought out Spies Like Us in 1985.

One night though, as Mike Myers drove home, he thought to himself – whatever happened to the Sixties Swinger Spy-Fi?

Blending all of the elements he knew about – the sleaze of Jason King, the charm of The Beatles, a sprinkling of The Goodies, a smile of Peter Sellers and a liberal f**kton of superlatives from Pete & Dud – Austin Powers was brought to the screen.

With this polarising mirror to hold onto the world, AP:IMoM was able to look at the 90s with the confusion of a Boomer dropped into Emo-Land. Everything that he once was was no longer the done thing, if it ever had been, and through him, the audience could see how crazy both worlds were. A similar trick would later be used in Anchorman, Zoolander and the films of Sacha Baron Cohen.

Like a number of the shows that developed from Saturday Night Live ideas, there is a plethora of cameos. I’m aware you all spotted Liz Hurley, repeatedly, but did you spot Tom Arnold? How about Princess Leia, Carrie Fisher? Suzanna Hoffs from The Bangles?

Got those ones? OK – how about Christian Slater and Rob Lowe?

This will depend upon which side of the pond you’re on. If you’re one of those people who get minorly irked by his teeth, you’ll have seen that scene. In America though, the big sex scene was cut off in its prime, leaving three great stars on the floor – including Lois Chiles – the original Dr Holly Goodhead.

What you missed out on seeing was the original casting of James Carey as Dr Evil and Rhea Perlman as Frau Farbissina. Both had to exit due to scheduling conflicts, but at least we got ex-Hart to Hart Robert Wagner as Number 2 and ex-Logan’s Run Michael York as Basil Exposition.

The fact that the film shares a lot of its plot with Demolition Man (1993) shouldn’t worry you – it’s a loose thread to hold some of the best movie lines. While it swings along, past numerous James Bond parodies, both sides of the proverbial coin are played with. Austin is at first puzzled, and then enthralled by the possibilities – while Dr Evil is first enthralled at how one million is chump change, he is later confounded by his own reliance on the names of the past. This also plays into the fact that the film itself is readily playing on the nostalgia – but treats it with reverence rather than scorn. Austin’s Mojo really does work, even as it is mocked.

The mockery is savage enough that Daniel Craig stated it was the turning point for James Bond. Seeing how successfully Austin Powers made fun of all that 007 held dear, they decided to move him in a different direction – producing the grittier Bond we see today.

Some might say that the Bond franchise did a little borrowing of their own.

Even with the Carry On level of knob gags, there are still really excellent jokes. Dr Evil still outshines Austin though, because, for every narcissistic self-own, there’s a better rip on what it feels to be a true evil genius, and be surrounded by fricking amateurs. Add in Soul Bossa Nova by Quincey Jones to really seal the deal and you have a film that actually earns the title hilarious.

While one of its greatest lines is “Danger is my middle name” – it has spawned hundreds of imitators – with the MoJ reporting at least one new one a week. It’s not even an original idea either, that line can be traced back to Cactus Wildcat (1954).

These are all well-trodden jokes though – they work because Myers delivers them with such enthusiasm that you feel let in – even the backing up joke works in later years by referring to the Suez Canal guy. It’s a film that treats its parodies seriously – in the great tradition of Naked Gun.

What strikes you the most about AP:IMoM is the way it can parody both worlds. Like BBC’s Life on Mars, it doesn’t try to say that one is better than the other, just that both have their own ways of getting things done. Even Vanessa Kensington, channelling Diana Rigg’s Ms Peel, is a competent sidekick – although that may be because…

Next time… KJ McDougall takes us on a tour – and let’s hope it doesn’t go wrong – of the second-biggest film of the entire twentieth century. A film so colossal that the ripples across the surface of the puddle in its gargantuan footprint are still being felt almost 30 years later. 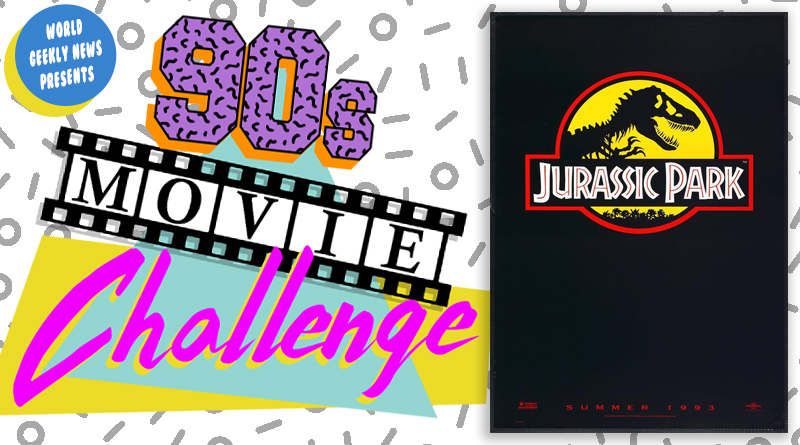 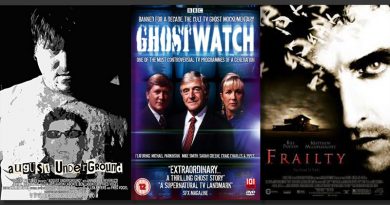 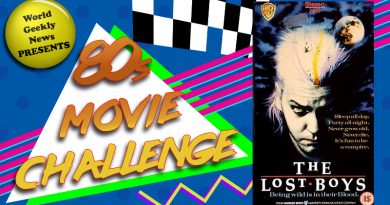