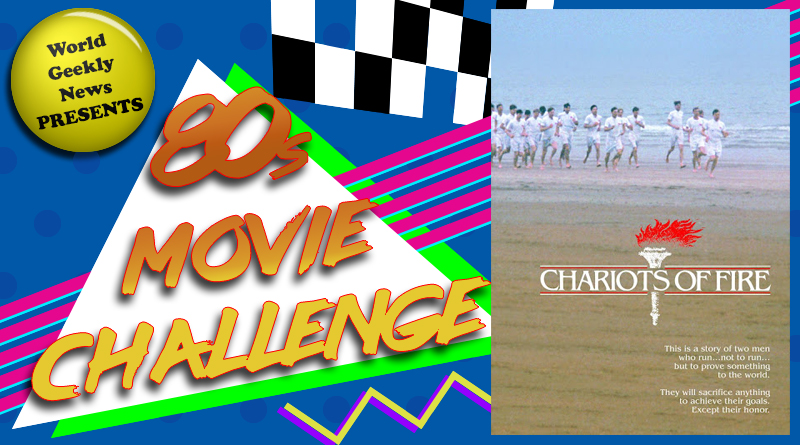 Welcome back for another exciting instalment of #80sMC. This week Paul puts on his running shoes and travels back to the 1920s to look at one of the original underdog sports films – 1981’s Chariots Of Fire.

Spoilers from both the film and, well, sporting history follow…

What do you think of when someone mentions Chariots Of Fire? Well, there’s the iconic scene which both opens and closes the film, as the young aspiring Olympians train on a freezing looking beach in St. Andrews, Scotland (doubling for the much warmer Kent).

And then there’s the film’s reproduction of the 1924 Paris Olympics. Or could it be The Ultimate Chap, Nigel Havers, practising his sport while attempting to avoid knocking glasses of champers off of the hurdles? Of course, you may also think of the rivalry and eventual friendship between the two protagonists Eric Liddell (Ian Charleson) and Harold Abrahams (Ben Cross). But I’d argue that the music is your overriding memory.

I never saw Chariots Of Fire until I was an adult – probably about ten years ago – and when I finally did I knew a fair bit about it already. But as a child who know very little about the movie, Vangelis’ theme tune was still as synonymous with running as John Williams’ Jaws theme was with swimming or Bernard Herrmann’s Psycho was with being murdered. Ask any 80s kid – there were two things you could do while pretending to run in slow motion. You either made the noise from The Six Million Dollar Man or you sang Chariots Of Fire. On the flip side, if you heard Chariots Of Fire come on the radio, you HAD to stop what you were doing immediately and pretend to run in slow motion. It was the Law of the Playground. 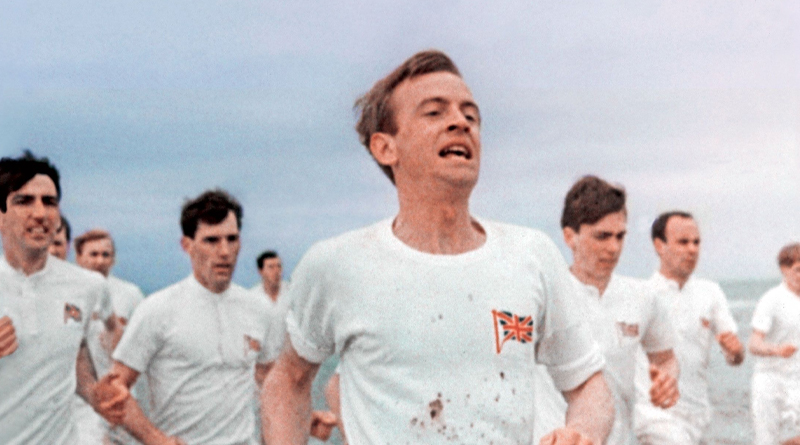 But it almost never happened. Director Hugh Hudson had previously worked with Vangelis on a number of documentaries and advertisements, as had producer David Puttnam, leading to his invitation to score the film. The thinking behind hiring a synthesiser musician was that the juxtaposition of the period setting with anachronistic music would give the film a modern sensibility.

Hudson envisioned Vangelis’ track L’Enfant from a French documentary called Opera Sauvage accompanying the beach scene. So enamoured was he with that track that it was piped over a loudspeaker to the actors as they ran through the surf (there’s a similar story about the prom scene in John Hughes’ Pretty In Pink, but that’s for another day). Vangelis felt that such an iconic moment deserved an original track, however, so he composed a piece inspired by his father, who had been a runner himself.

L’Enfant was actually used for a different scene in the end. Another Vangelis track, Hymne, was also reworked for the film, although this was not included on the soundtrack album. Speaking of which – you may have noticed that the theme tune in the movie sounds and feels slightly different to the version you’re likely to hear on the radio. That is because the entire soundtrack was recorded twice – once for the specific purpose of incidental music for the movie and again in a more radio-friendly version.

While Havers, Nicholas Farrell, Alice Krige and Ben Cross have all gone on to much greater success in film and TV (Cross playing Sarek in the 2009 reboot of Star Trek, for example), at the time they were relative unknowns, which was Hudson’s request for the cast – aside from a few smaller roles for veterans such as Ian Holm and John Gielgud. 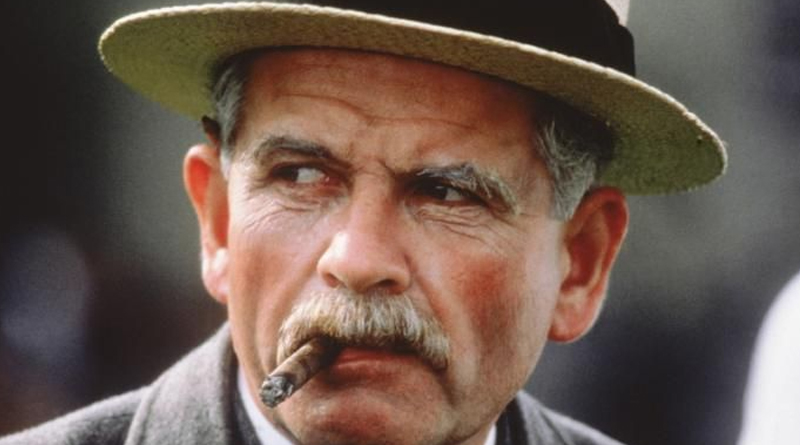 As a part of our 80s Movie Challenge series Chariots Of Fire is quite different from the other movies. For starters, it’s one of only two British films we’re covering (the other will be revealed later in the series – and it’s a cracker – guesses in the comments below). It’s our only sports movie on our list.

It’s also the only one based on a true story.

And as with many true stories which are brought to the screen, there were changes. Best known in geek circles as the Borg Queen from Star Trek: First Contact, Alice Krige plays Cybil Gordon, the singer to whom Abrahams was engaged. Except in real life, Abrahams was engaged to Sybil Evers, another singer. Abraham’s interest in the music of Gilbert & Sullivan is well documented, however, and both Sybil’s were known to sing in the duo’s productions. Confused yet? 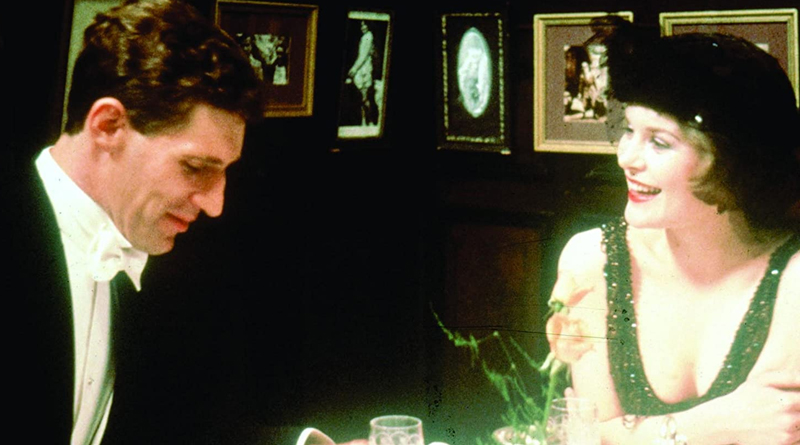 Well, Nigel Haver’s character, Lord Andrew Lindsay, has a similarly mixed up backstory. He’s partly based on an athlete called Lord David Burghley. It was Burghley, not Abrahams, who was renowned for his ability as the only person to ever complete Trinity College’s Great Court Run while he was studying at Magdelene College, Cambridge.  The hurdling scene, however, is somewhat accurate, although Burghley was known to rest matchboxes on his hurdles, not glasses of champagne. Lindsay was in fact an amalgamation of two people – Burghley and Douglas Lowe, an 800-metre runner who declined his support of the film. Although the filmmakers were legally within their rights to go ahead with the character anyway, they respected Lowe’s wishes. Another athlete, Arthur Porritt, was removed from the project for the same reason. The character of Tom Watson was put in his place.

While we’re talking about a refusal to get involved, Cambridge University denied permission to film in their grounds, citing a concern that their portrayal as an anti-semitic institution might harm their reputation. Eton College was used in its place and following the success of the movie, the university’s management publicly announced their regret at not being involved. Speaking of Cambridge, Nicholas Farrell’s character Aubrey Montague is depicted as being a Cambridge man, but he was actually a student of Oxford. What is realistic, however, is his letters which proved narration for much of the film. Montague’s son provided them to the screenwriter’s and aside from one small change (they said “Dear Mum” instead of the real “Darling Mummy”), the letters were presented exactly as written. 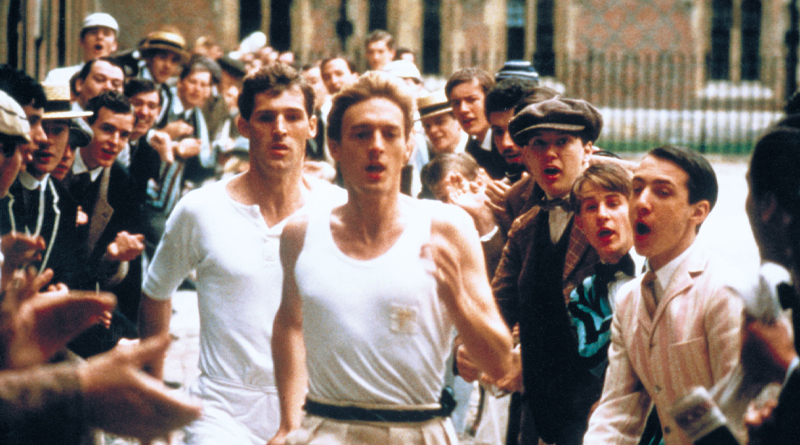 Thanks to its period setting, rewatching this film for our 80s Movie Challenge has been quite a different experience. Aside from a few aspects (like recognisable, younger actors), this didn’t feel like an 80s film. Yes, it has a similar feeling and aesthetic to Puttnam’s other films from around the same time, especially Local Hero and The Mission, but when compared to the likes of Beverly Hills Cop, The Breakfast Club or Back To The Future, it has an almost timeless sense to it and doesn’t evoke the same feelings of nostalgia as those others do.

What’s also timeless is the film’s sentiment. Some issues, sadly, are as prevalent today as they were in both 1924 and 1981, such as the prejudices levelled against Abrahams and Liddell for their ethnic background, religious beliefs and class. Others, however, are far more hopeful. Liddell’s speech to his sister, about being made to run for God’s pleasure, still has a lot to say today – maybe more so during these hard lockdown days when many people are rediscovering their creative skills and abilities. 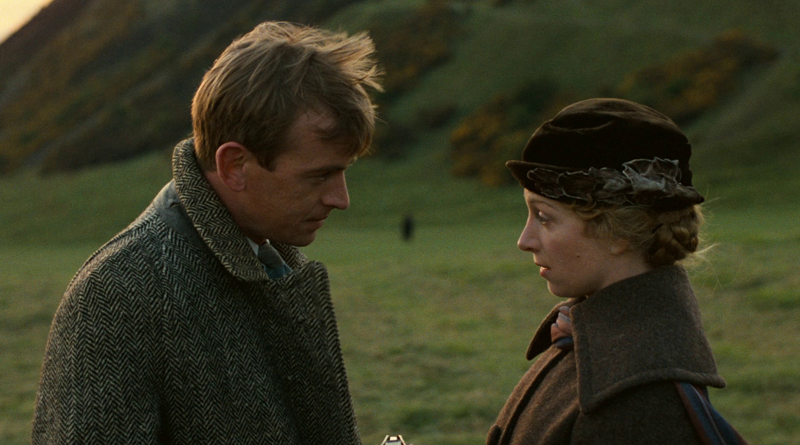 Both Liddell and Abrahams learn the age-old lesson that’s often wheeled out when kids, like myself back in school, get frustrated at not being particularly successful at sports. Yes, winning is nice, but it’s the taking part that’s the most important. Normally that’s where the lecture ends, but Chariots Of Fire goes one step further with that and explains WHY the taking part is important. Liddell explains that he runs because God made him fast, and to me, what he’s saying to his sister is that because he has been given this extraordinary gift (and looking at his peculiar running technique, it really is extraordinary), it’s not just his pleasure to run, but his responsibility to do it.

So if you’ve got a talent, be it for sport, baking, writing, art, singing, whatever, and you’ve not been using it, this extra time we’ve all been given, while through unpleasant circumstances, does in fact present us with a unique opportunity to do something creative, maybe something you’ve been putting of for when you have more time. And you never know, while you’ll probably enjoy it, it just might make someone else happy too.

Thanks, Paul – food for thought there. What creative things have you been doing during lockdown? Maybe you could share below in the comments or on our Twitter feed at @WorldGeeklyNews.

In the meantime, come back next week for more 80s fun as Claire Skinner, our eighties Queen, weaves her own Kind of Magic and takes us to Manhattan via medieval Scotland. Yes, it’s 1986’s sword-fest Highlander! 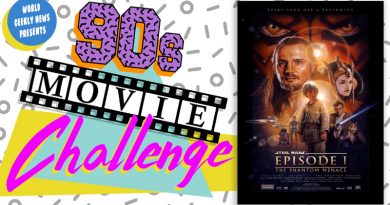