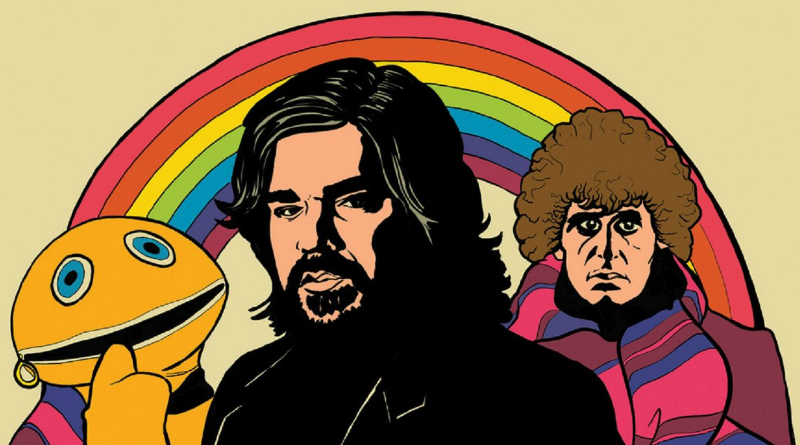 You will know Matt Berry from sitcoms such as The IT Crowd, Garth Marenghi’s Darkplace and Toast Of London. And if you haven’t watched any of those (if not, why?) then you should recognise his distinctive voice from internet radio channel Absolute or TV ads for products as diverse as mineral water, jelly snakes and fruit yoghurts. But did you know he has a critically acclaimed musical career too?

I’m not sure how to describe Matt’s musical style – psychedelic progressive country folk rock seems the closest but even that doesn’t quite do his music (which is performed with his band The Maypoles) the justice it deserves. This morning I’ve been listening to his 2013 album Kill The Wolf which is, at once, comforting and disturbing, serious and funny in equal turns. 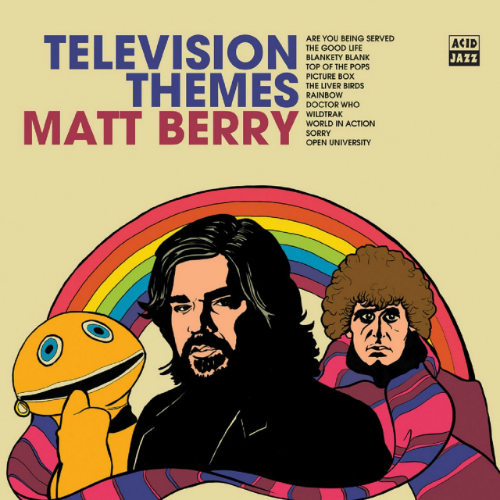 Returning a few weeks ago with his seventh studio album (yes, that’s right – he’s released seven, not to mention a live album and an eight-track EP) Matt treads the path that many established musicians, sometimes with mixed results, have trod before him – the covers album. But it’s a covers album with a difference. If you hadn’t guessed it from the title Television Themes is an album of, well, television themes.

So the track listing is certainly varied, not sticking to one genre of TV. Children’s shows, sitcoms, current affairs, game shows and more are represented here but whether you recognise them or not very much depends on your age! All shows covered were broadcast between the 1960s and early 2000s – but they were all on TV when I was a kid. Matt and I are only a few months apart in age and would have been in the same year at school so therefore it makes sense that I recognised every single track here, even the obscure ones. This is absolutely the soundtrack to the childhood of someone who grew up in the 70s and 80s!

There are a few here which everyone is sure to recognise, such as Rainbow or Doctor Who – which I think is the best version of the theme since the Peter Davison years (although I have a lot of time for Segun Akinola’s current take on the theme). There’s a hint of Muse’s Uprising to it, a song which has notable similarities to the DW theme itself and I can’t help wonder if that’s a little musical joke by Berry. Either way, it’s a great version!

Matt’s version of Rainbow – one of the few on the album he actually sings on – is a respectful and faithful take on the much-loved show’s theme. Television Themes was released just days after the passing of Geoffrey Hayes, childhood hero to Matt, myself and vast swathes of the UK’s Generation X and as such, it’s an accidental but no less fittingly beautiful tribute to our beloved TV dad. I also learned thanks to Matt that there are extra lyrics to Rainbow. Wondering if Matt had added these extra bits himself I looked up the full version by Rainbow‘s in-house band Telltale and discovered that there are even more verses in the original!

Some of these themes are fairly faithful covers, such as the haunting Picture Box, the relentlessly chipper The Good Life and Are You Being Served which is dripping with 70s funk and cheese. Then there’s Wildtrak, a largely forgotten nature show which focussed on the wildlife of Britain – in many ways a forerunner to Countryfile. Even if you don’t know the show you might recognise the theme as John Barry’s Florida Fantasy from the bittersweet drama Midnight Cowboy. Of all the tracks on the album, this is one of the most faithfully reproduced and it sounds great!

With the exception of Doctor Who, of all the shows represented, Top Of The Pops is the longest running and has enjoyed having many different themes over its 43-year lifespan. If asked which one Matt would cover for this album, I would definitely pick the one adapted from Phil Lynott and Midge Ure’s Yellow Pearl (which served as the theme between 1981 and 1986). And I would be right! This is another near-accurate cover (of the theme version, not the 7″ single with additional lyrics) and I love it! 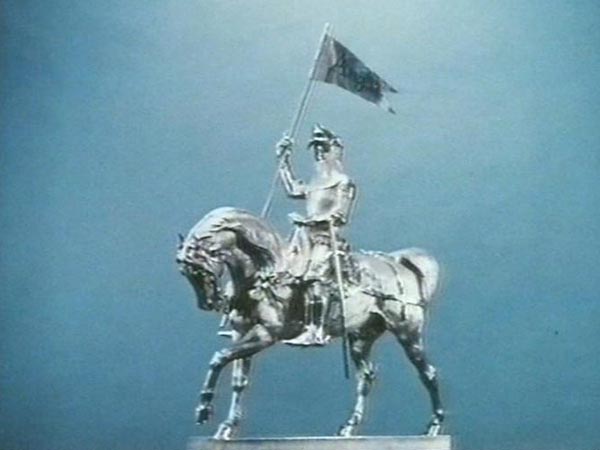 There are a few short ident tracks (for LWT, Thames and Open University) just in case you’re in any doubt that you’re listening to an album of television themes. These add a lovely touch, engendering a deep nostalgia in me for a time when the “Anglia Knight” would rotate to Handel’s Water Music while I was waiting for Thunderbirds or Dangermouse.

Although I enjoyed all of the tracks on Television Themes, the stand out one, for me, is the theme from ITV’s flagship current affairs show, World In Action. It’s not just my favourite track – it’s one of, if not the stand-out pieces of music this year. Rather than duplicating the original, Matt and his band take the essence of the original, which itself was a riff on Bach’s Toccata and Fugue in D Minor, and run wild with it, producing an astonishing three minutes of jazz/prog rock.

I’d love to say that this is a cozy, light-hearted romp through Matt’s childhood TV memories, and if you take it as that, then that’s what you’ll get. BUT…

I could be wrong, and this might just be my personal interpretation, I feel that there’s something deeper, barely hidden just beneath the surface of this warm, fuzzy nostalgia fest. As I’ve mentioned, there are some very faithful adaptations of songs and theme tunes – but the majority of them are ever so slightly altered. On the first impression, the theme to Ronnie Corbett’s manchild sitcom, Sorry, sounds just like you remember. But when you listen again you notice little touches, like the Rico Rodriguez-esque trombone hiding amongst the Rhodes piano or the ska-lite drum beat, giving it the feel of The Specials or The Police in places. Similar flourishes have been added to the Good Life, Blankety Blank (yes, really, THAT Blankety Blank), The Liver Birds and more.

In some ways, these subtle changes put me in mind of the films The Shining and It Follows where the directors added deliberate mistakes and anachronisms to make the viewer feel ill-at-ease without quite realising why. And this made me wonder: is Television Themes just Matt adding his own individuality to the songs, or is it a challenge to the listener to question their own memories of these quickly forgotten moments in time?

I certainly took away something a little more melancholic from it than I was expecting – but that’s no bad thing. To tackle what appears to be a collection of seemingly disposable pieces of pop-culture silliness and make it so damn enjoyable and thought-provoking is a stunning achievement.

More please, Matt, and can I make a request for your versions of Juliet Bravo, Blockbusters, Bergerac and Rockliffe’s Babies on More Television Themes?

Television Themes from Acid Jazz records is available to buy on CD, Vinyl and Digital Download and is on most good Streaming Services now.

One thought on “Television Themes by Matt Berry: Album Review”