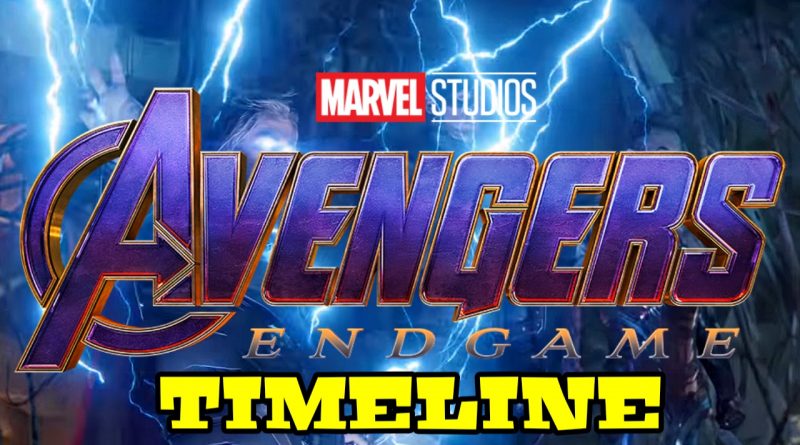 From the outset of this video, I will be talking about the fallout from Avengers: Endgame. With that said there will be spoilers throughout the article, so if you haven’t seen the movie, go now.

11 years and 22 movies within the first 3 phases of the MCU, there is much to unpack. There are also numerous reviews and discussions already online stating how good the movie is. And it is good. It successfully rounds off a series of movies whose genres include Superhero movies, spy thrillers, action adventures, comedies, space operas, and period pieces.

Arguably, the Marvel Cinematic Universe has pushed every aspect of comicbook movie adaptation, if not movies, in general, further than any before it. So I’m not going to sit here and say what I enjoyed or what I didn’t, you can actually listen to the MAD Movie Podcast for that. No, instead, I’m going to try and understand the new timeline for the Marvel Cinematic Universe.

Back before Infinity War came out, I and my Podcast Partner (Craig ‘Stig of the Dump’ Lambert) walked the ‘Road to Infinity War’. This was a three-hour podcast charting the then full run of Marvel movies from Iron Man to Thor Ragnarok. In the Podcast (Which you can listen to HERE) we decided, or at least, I decided that some movies play out in a different order. Without further ado, here is the Marvel Cinematic Universe Watch Order as told by the Ultimate Movie Geek. This list has been updated to include Captain Marvel and Antman and the Wasp.

As you can see viewing order is all a bit squiffy compared with release order. The biggest changes are Captain Marvel and Doctor Strange being set earlier in the continuity. But it’s all fairly linear, with the odd continuity error here and there. I’m looking at you Spider-Man: Homecoming.

Now, it’s not that anything changes really. Not in the grand scheme of things. Everything that has happened has still happened to the Prime Timeline at the end of Avengers: Endgame. The films can’t physically change, but it can set up a future storyline that we may or may not be seeing the beginnings of. But that’s a Secret…. Wars?

But before we delve into split timelines, let’s discuss the problems Stark mentions regarding time travel. Stark mentions three issues, which are the Planck Length, the EPR Paradox and the Deutsch Proposition.

But basically, these three issues need to be solved or understood for them to embark on their excellent adventure. The one that we should really need to understand is Deutsch Proposition, which is a reference to David Deutsch, a Quantum Physicist who is a proponent of the ‘Many Worlds’ theory. The theory states there are an infinite number of worlds/universes that have branched off so that everything that could have happened has and has not happened. You can understand why The Doctor refers to this as Timey Wimey.

The other two issues are regarding being able to traverse the quantum realm and locate a specific time period, as shown with Lang’s time travel test!

If you want to look into these theories more, I’d suggest a science-based university, or I’m sure there’s a YouTube video out there!

Avengers: Endgame opens up a whole world of troubles for the continuity. Or does it? Firstly, it outright states that time travel in movies is wrong. Referencing Back to the Future, they state that this type of time travel is wrong. You can make changes but whatever you change in the past, your future remains the same.
The time-travel within Endgame is done extremely well, with a lot of the ‘problems’ being fairly straight forward and answerable.

For starters, they say from the outset that it’s impossible to change the past of your own timeline. This raises the question of how does Old Man Cap end up sitting on the bench at the end. (I have an answer). By stating this, however, they’re backing themselves into a corner, or are they?

Let’s look at where they go.

Hulk speaks to The Ancient One who tells him the rules of time travel and that the stones that are taken must be returned. Cap uses his Wits to outsmart a team of Shield/Hydra Agents to gain possession of the Mind Stone (still within Loki’s Staff). Stark and Lang attempt to steal the Tesseract from 2012 Stark and 2012 Thor. Due to 2012 Hulk, they are unsuccessful and 2012 Loki escapes with the Tesseract.

A lot of changes occur with this timeline, as Cap tells 2012 Cap that Bucky is alive. He also makes the Hydra agents in the elevator believe he is also Hydra, which completely changes The Winter Soldier. 2012 Stark has had a slight heart attack and Loki has escaped with the Space Stone.

Lang and Hulk return to their time with the Mind and Time stones. Stark and Cap travel further back to 1970 and the secret S.H.I.EL.D Headquarters. But more on that later!

Thor and Rocket travel to Asgard in 2013, as they know that the Aether or Reality stone is in Jane Foster. Thor gets to reunite with his mother and say his farewells. Rocket removes the Aether/Reality Stone from Stock Jane Foster footage. As they’re about to leave, Thor summons Mjolnir and discovers he is still worthy. They return back to their time with the Reality Stone and 2012 Mjolnir.

This is possibly the simplest part of the time heist, with the only difference between the Prime timeline is that Frigga was able to talk to Thor and Odin brought in animal control to deal with its ‘Rabbit’ problem.

Vormir – Hawkeye and Black Widow fight over who will sacrifice themselves and it ends up being Black Widow as she doesn’t have anything. Hawkeye receives the Soul Stone and returns to his present alone.

Morag – Rhodes simply knocks Quill out and they take the stone with ease, however, Nebula is using the same network as 2014 Nebula and is discovered by Thanos. When they try to return to their present, Nebula is trapped and she along with the Milano are beamed up to Thanos’ Ship. Being captured by Thanos, Nebula is replaced with 2014 Nebula and sent to her future. 2014 Nebula then brings 2014 Thanos through to the future for the final battle.

What is clever about this is that this alternate 2014 now doesn’t have a Thanos. It also is unclear whether Quill meets the rest of the Guardians. He will never meet Gamora as she went through to the future with Thanos and his ship is also gone. But he may survive as he will either be found by Ronan’s men or Yondu as they were also en-route to Morag. Thanks to director comments, we know that once the Soul Stone goes from Vormir, Red Skull is free.

Stark and Cap need to travel back to a place where they can steal the Tesseract and more pym Particles. Luckily Stark knows where and when they will be together at the military installation from the first two Captain America films. Here they split up again; Stark located the Tesseract and his father. Cap locates the Pym Particles and Peggy Carter who is still carrying a torch for Steve.

After Tony gives Howard Stark some fatherly advice that ends up coming back to him he and Cap return to their present. With all the stones in one place, they are able (somehow) to make another Gauntlet. Hulk ascertains that he is the only person who could take the power as it’s mostly Gamma radiation. But as soon as Hulk makes brings everyone back, 2014 Thanos crashes through and lays waste to the Avengers Compound.

Looking at the story and how they’ve played with time, it’s clear that there are now five timelines. Four new ones have been created due to the Avengers attempts to bring everyone back.

Split-2012 – Loki has Space Stone, Cap is believed to be Hydra, Stark has a heart scare. No Infinity War?

Split-2013 – Frigga may be able to prevent her death due to seeing Future-Thor. Asgard bring in a Rabbit hunter.

Split-2014 – Thanos, his army, Nebula and Gamora travel to 2023 and never return, Quill may never meet the other Guardians, Red Skull is free. No Infinity War!

This is the same as always as it is stated nothing changes. But Cap remains in the past to live out his life with Peggy. Now there is a differing opinion on this. The directors have stated that if he stayed, then that would have fractured another timeline off. But within the film, we hear Hulk say something along the lines of “He has flown past the return point” This suggests to me that he did live out his life with Peggy, but after she died in Winter Soldier, he then returned to his time to pass the shield on. He returned travelled directly to the bench because he’s old and needs a sit-down.

Looking at it, it could be that Cap has always been a part of Peggy’s life. Either way, it works. He either time travelled back to the bench to pass on the shield or just lived through until the time was right. Peggy mentions that she married, but he is never seen. Why can’t that be Steve? The timeline wouldn’t fracture as he was always the one she married. Either that or the Prime Timeline we’re viewing is actually a fracture!

The Avengers win, they reverse the Snap and everyone wins. Well, except for Thanos and the man who said he was moving on. He’ll now have a husband and a boyfriend!

Thanks for reading. I’m sure there will be questions, queries and different opinions, so make sure you comment below or @MovieUltimate. 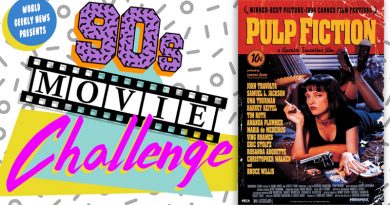