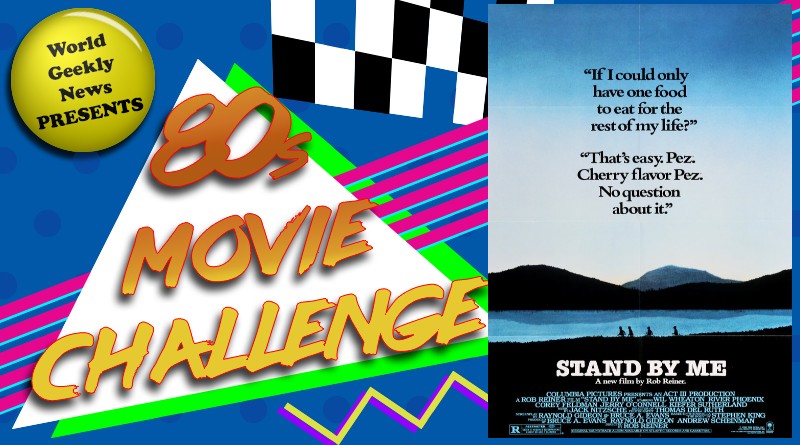 Salutations 80s fans! We’re now a good few weeks into the school holidays so we turn our thoughts back to those long, sunny days getting up to all kinds of mischief in the woods on our BMXs. This week Stuart Ball, Deputy Head of Booker Hill Primary School, accompanies us on an adventure, looking back at a film he loves. From 1986, it’s Stand By Me.

I never had any friends later on like the ones I had when I was twelve. Jesus, does anybody?

Two simple sentences that sum up the core of the much-loved Stand by Me. This Oscar-nominated (Best Adapted Screenplay) movie has been captivating audiences for the best part of 35 years. I first saw it at the cinema upon release and while I was aware it was based on a Stephen King novella, I was yet to become the huge Stephen King fan I am now; it would be another year until I read my first Stephen King novel – IT.

It is difficult to recall what I was expecting upon that first viewing but safe to say it wasn’t exactly what I got. This was no horror film, no dark thriller. It was part road trip, part coming of age and yet neither in the traditional sense. The premise of travelling to find the body of a missing child serves as the reason for the journey but the body itself (despite The Body being the title of the King novella on which the film is based) is never the centre of the story. 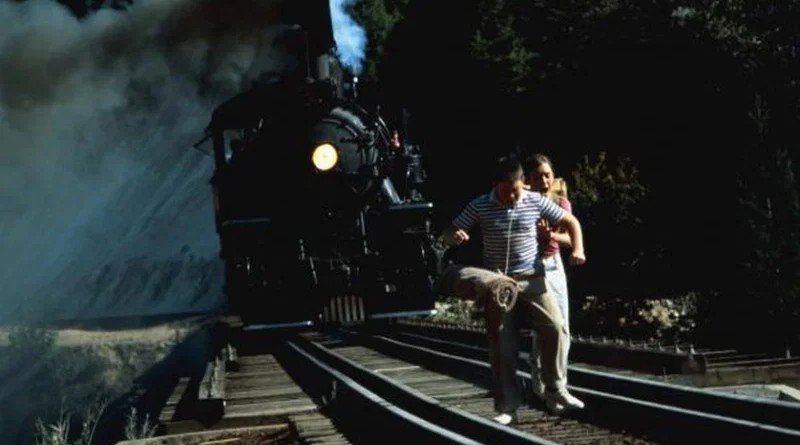 From the first and on every subsequent viewing, it is clear that the four leads are perfectly cast. All put in gripping performances, completely in tune with the character they are creating. As with many groups of friends of this age, they seem an unlikely mix but all have their own demons at home and all have come to rely on each other. They are an inseparable group at the start of the film and the journey on which they embark brings them even closer.

Will Wheaton’s Gordie seems in many ways to be the most together of the group but we learn of his pain of becoming “the invisible child” at home and the huge chasm of love, support and nurture that has been developing since the passing of his older brother. While the emphasis of the film, due to his role as narrator, falls more on his shoulders than in the novella, it works well. Will Wheaton plays the part with grace and dignity of which Gordie’s older brother (John Cusack) would have been proud.

River Phoenix is excellent as the troubled Chris Chambers, a boy that feels that weight of family history will keep him down his whole life; however, we see more than enough to know that Chris is a product of a troubled upbringing and that he has the hidden resolve to break free from what some around him see as his destiny. 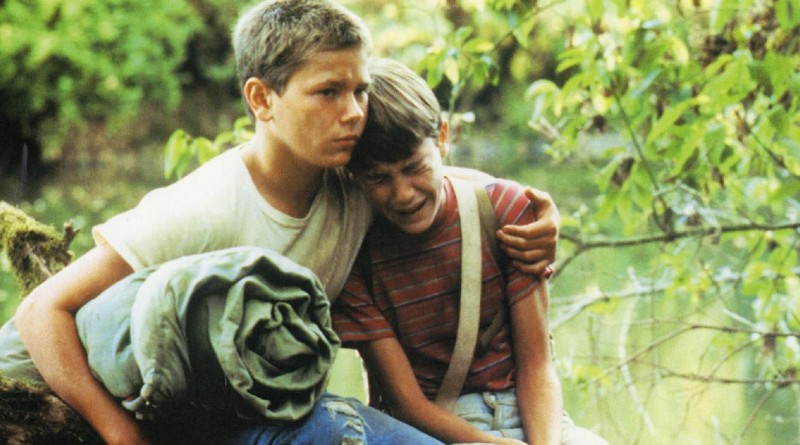 Corey Feldman, fresh from his success as Clark (Mouth) in The Goonies, puts in a remarkable performance as Teddy – a boy who defends his abusive father to the end. During the course of the film, we see Teddy at his most vulnerable, his most humorous and his most vitriolic. In the hands of a lesser actor, the scene in which Teddy lets rip at Milo Pressman could have become almost comical; Feldman handles the balance between outraged child and outright attack perfectly. Over time, this has always stood out to me as one of the most dynamic scenes of the entire film.

Jerry O’Connell completes the gang with an understated but perfectly judged interpretation of Vern. Despite being the one who is a target for some of the group’s jokes and humour, he is an invaluable member of their team. 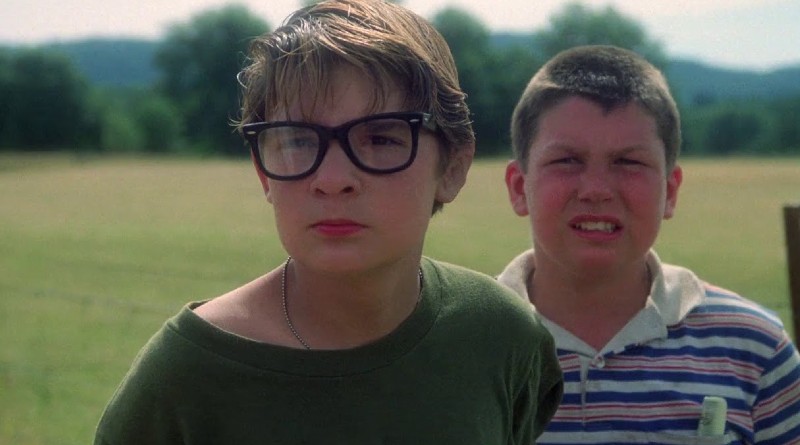 I remember upon initial viewing (I was only a couple of years older than the boys myself) feeling that these were characters I really cared about. That each tribulation or triumph on the way to the body could have been one of my own friends or I could have experienced.

I’ve watched the film multiple times since childhood and it is only as an adult you begin to appreciate the importance of Rob Reiner’s direction and his sensitive handling of the story. True, there is an element of celebratory nostalgia within the movie but never to the detriment of the story. Road trips by their nature are episodic as the characters move on to each new place but Reiner manages to maintain a natural flow between these moments; the journey between each stopping point providing much time for the characters to interact in pairs or even be seen individually, as evidenced by the important exchange between Gordie and the deer. 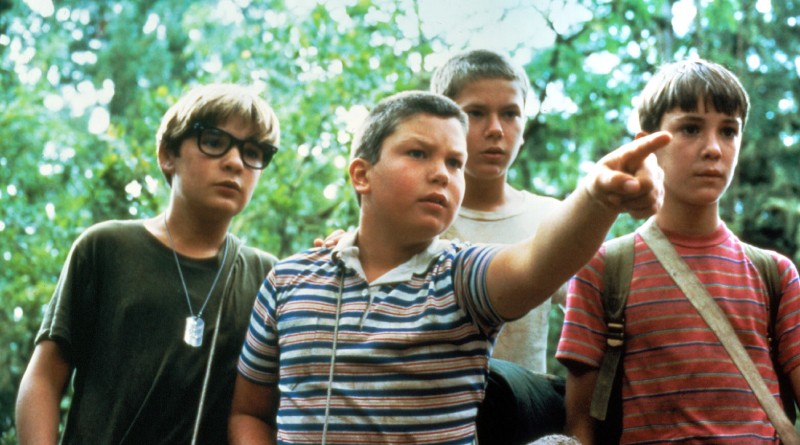 The road trip on which the four main characters embark is unusual, taking place as it does on foot and also over a relatively short distance – as people, the characters travel much further. I have always felt that Stand by Me is one of those films in which very little seems to happen but in which so much happens, both on the screen and in our own minds as we journey with the quartet.

By the time the four reach the final showdown with Ace (Kiefer Sutherland in an unusually vindictive performance) and his own gang, the importance of which group can claim the body has diminished but the strength of Gordie and Chris in particular, demonstrate that they will stick together come what may. That feeling of true friendship left a deep impression on teenage me and the significance of that message has stayed with me ever since. 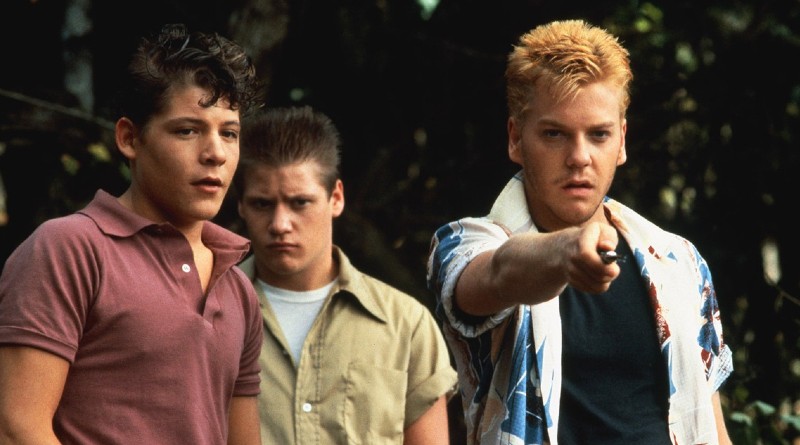 Stand by Me has maintained its popularity for three and a half decades because of its ability to reach everyone who watches it on various levels. Everyone remembers being twelve and while some of us may identify with one of the quartet more closely, there are elements of the story which resonate deeply for everyone. We’ve all had friends that we thought would be in our lives forever and we’ve all lost someone whether through time, distance or mortality.

Stand by Me is a coming of age story but one which takes place over a short period of time. We’ve all been changed by moments in our lives and we all know when those moments happen, we may never be the same again. We can’t predict them but know they may come to define us. Some of those moments may be painful and some joyous but there are also those we know we wouldn’t change.

Come back next week as Claire Skinner takes us on the Staten Island Ferry to Manhattan for a look at the office politics, big business and even bigger hair and shoulder pads of 1988’s Working Girl!