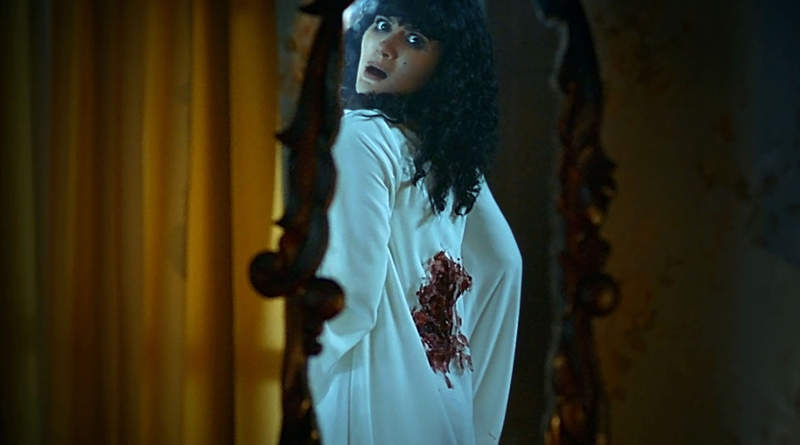 Over the last few years, when building in my own personal #31DoH marathon, as well as last year’s one for WGN, I’ve asked a few horror aficionados for their advice. Sarah Dobbs, who has written for Den of Geek (among many others) was one of the folks I spoke to (follow her on Twitter if you like horror and Eurovision, sometimes at the same time!). Her recommendations have always been top-notch so I wasn’t concerned when, for only the second time, she suggested a film I hadn’t ever heard of before.

The first one was a thriller called Julia’s Eyes – and I can’t recommend it highly enough. It’s a bit like Don’t Breathe but in Spanish, and better. I noticed that this year’s recommendation, Suzzanna: Buried Alive, was on Netflix so I had easy access. Good stuff.

Now I’ve never seen an Indonesian film before so was intrigued to see what I would get. My first impression then was that, while there were one or two similarities, it was quite, quite different to the Asian horror I have seen before. For a more informed opinion, I’ll need to watch more because for all I know Buried Alive might be extremely atypical, but I got much more of a Western vibe from it than I have from films from, say, Japan or Korea.

So What’s It About?

Our heroine Suzzanna, after years of trying to conceive, finds out that she is pregnant, much to her husband’s delight. Soon after this news, he is sent to Japan on business for a few weeks and, learning that the boss will be away, some of his disgruntled factory workers decide to rob his house to supplement their meagre earnings. The plan is to wait until Suzzanna makes her regular cinema visit and be in and out before she returns. But as this is a movie heist, things don’t go according to plan and Suzzanna returns home early, finding herself unable to stomach the movie due to her pregnancy-induced nausea. Things escalate and Suzzanna finds herself accidentally injured, but still alive. The gang leader, however, fearing she will give them away, orders his reluctant cohorts to bury her in the garden. The next morning Suzzanna wakes up in bed as usual and at first, nobody seems to notice anything is amiss – that is until the robbers start to turn up dead in a variety of gruesome ways.

So It’s A Revenge Flick Then?

Oh, totally. But with a supernatural element. My initial reaction was Death Wish meets Ghost.

You see, the other thing I was introduced to, aside from Indonesia cinema was a new mythological creature in Javanese folklore – the Sundel Bolong. Descriptions vary from account to account, but the main thrust of this monster is that she (always a she for reasons about to become apparent) is the ghost of a woman killed in pregnancy or childbirth and possessed by the spirit of both mother and child, making her particularly angry and vengeful. As if that wasn’t nightmare fuel enough, the Sundel Bolong can be identified from other ghosts by a ragged hole in her back, supposedly where the child tried to claw its way out before dying (although the one in Buried Alive is caused by a much more conventional stab wound).

Upon looking this information up, I discovered something else quite interesting. An Indonesian actor called Suzzanna Van Osch who was most well known for appearing in horror films, often playing the part of the monster was the star of a cult movie from 1981 called Sundelbolong. After a little more digging I discovered that Buried Alive is indeed a tribute/remake (which the original director Rocky Soraya returned to co-direct with Anggy Umbara) to that film and its star. In fact, a painting of Van Osch features quite heavily in the movie and in Buried Alive, the movie Suzzanna goes to see at the cinema is indeed Sundelbolong. [Adds another movie to the ever-growing Must Watch list]

So Who Plays Suzzanna? It’s Not The Real Suzzanna Is It?

No. Sadly, Van Osch died in 2008 from complications with her diabetes. Stepping into her rather large shoes is soap actor Luna Maya who went through something of a dramatic transformation for this movie. Looking back at old still from her films, Maya really does resemble Van Osch here, all the way down to her famed malevolent stare.

I found myself entranced by Maya’s performance. Throughout the film, she switches from a gentle, sweet housewife to a vengeance-seeking spirit and the transformation, albeit subtle, is quite jarring. I didn’t find the film, or the supernatural events within particularly scary, as such (although I will come to one really creepy bit below), but I was totally invested in Suzzanna’s story. I’d say that this is more of an action film in which the hero happens to be a ghost, rather than an outright horror.

Another thing that surprised me was how funny Buried Alive could be in places. The inept robbers were bumbling and almost kind of lovable (until tragedy struck that is) but for me, the best comedy came from the trio of house staff, whose attempts to find out if Suzzanna really is a ghost were both terrifying and hilarious at once. The scene with the sheet really was one of my favourite moments in the movie.

Suzzanna: Buried Alive is a funny, thrilling, kind of sweet and gory but not very scary – but most of all I really enjoyed it and would definitely watch it again, and soon. If all Indonesian horror is like this, I want to see more! 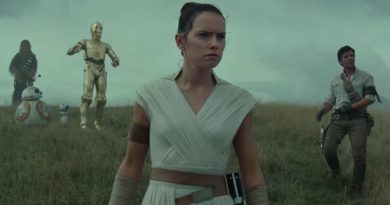 The Rise of Skywalker: Trailer/Panel Breakdown