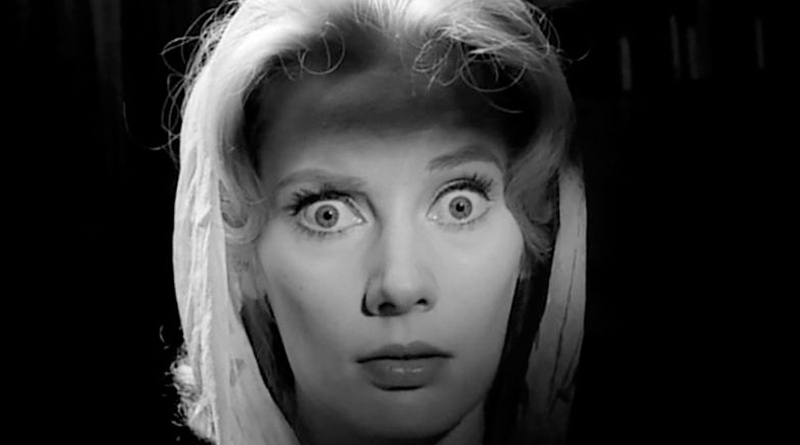 Do you remember the BBC2 show Moviedrome? It ran from 1988 to 2000 and for people of a certain age, it was essential night time viewing. What the show aimed to do was introduce viewers to a library of films which were not so much far from the mainstream, but more down the alley just off the high street which looked a little dark and you were afraid to go down it on your own! 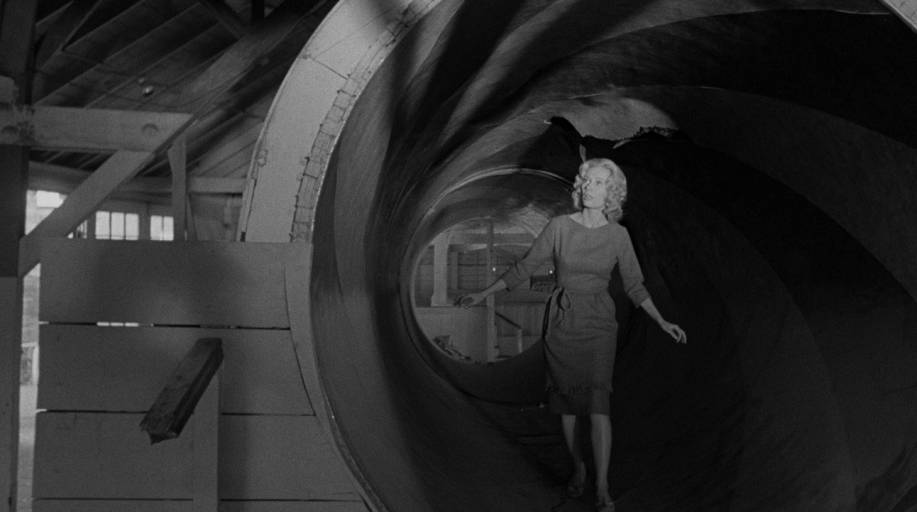 As we ventured into the darkness, our hand was held first by director Alex Cox (Repo Man) and later documentary maker Mark Cousins. Moviedrome was a permanent fixture on my VHS recorder’s timer and it introduced me to a world of film I had been vaguely aware of – the cult movie. Throughout my teens, I would tune in to see violent, scary, sexy and weird films which as a child I tended to avoid in the video shop. Soon my film collection filled up with delights like The Wicker Man, Barbarella, the original The Fly, The Road Warrior, Dead Ringers, Rabid, Vamp, Assault on Precinct 13 and many more. But on 23rd June 1991, when I had recently finished school and was enjoying the late nights before going back for another round of further education, I stayed up to watch a film I had not heard of before.

One of the things I really appreciated about Moviedrome was Cox’s entertaining 3-4 minute intro to each film. They gave background info on the movie, insights in the filmmaking process as well as a few of Cox’s trademark wisecracks. When he introduced a low budget black and white film that only featured one professional actor, the rest being friends and neighbours of director Harold ‘Herk’ Harvey who funded the movie out of his own pocket, my expectations were low.

But what I got blew 16-year-old me away. I had no idea old monochrome pictures could be so powerful or stay with me for so long after watching it. Although I never forgot it I didn’t watch Carnival of Souls again until 2 years ago when I heard it had entered the public domain and could now be watched legally on YouTube. It was as good as I remembered – probably better in fact. And now it has had, thanks to Criterion, a top-notch Blu-Ray release – and that’s the version I watched this morning.

So the first thing I noticed is a vast improvement in quality – picture and sound. The 4K restoration has been painstaking with dust and other blemishes cleaned up, not to mention a newly restored soundtrack. I pointed out to my wife as we watched that the film looks crisp and clean, and if it weren’t for the monochrome, could very easily pass for a modern movie. It really does look spectacularly good – probably the best it ever has. But that’s just aesthetic detail. What about the film itself? 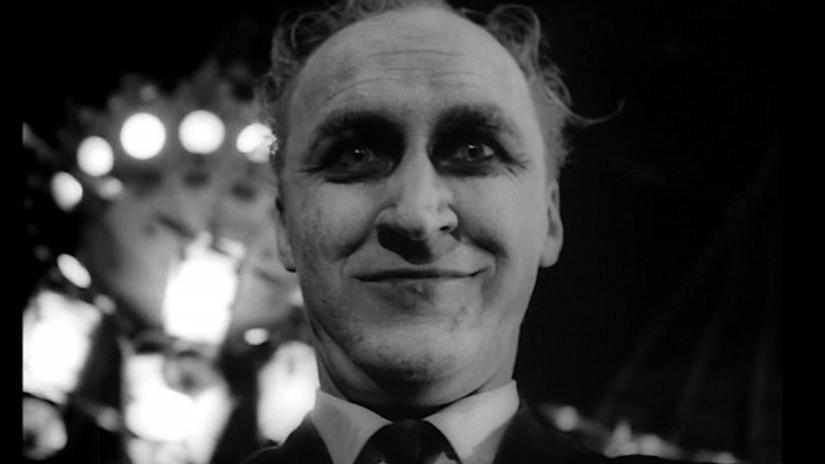 Well, I’ve written a little about it before on my own blog and, having recently finished the weird and wonderful Twin Peaks: The Return I picked up on how Carnival of Souls must surely have made an impact on a then-teenage David Lynch. Cox, in his intro, pointed out that the film had been influential in the formation of Romero’s Night of the Living Dead, including the look of the ghouls but on this third viewing I saw a lot more than just Romero and Lynch’s inspiration.

Filmed in 1962 at a time when colour film, while available, was expensive, Harvey employed the kind of guerilla film making, cutting corners, making use of the resources around him, that we’ve come to expect from a handful of other auteurs of the horror genre – Kubrick, De Palma, Bava and Carpenter spring to mind as well as Lynch and Romero. Also, Carnival of Souls features several – I hasten to use the word clichés – tropes (probably a better word) which have gone on over the past almost 60 years to be overused to the point of cliché – but this film exhibits these tropes for possibly the first time. It’s incredibly influential – so much so that Carnival of Souls will make you think of several movies which came later, and owe a debt to Harvey’s little project – Jacob’s Ladder, The Sixth Sense, Don’t Look Now, Ghost, The Shining and The Changeling being just a few examples.

And all that’s before I get to the actual content of the film! Candace Hilligloss plays Mary, a young woman whose car is run off the road into a river in the Rebel Without A Cause-esque opening scene. From the point that she drags herself out of the water something is not right. Everything seems off, and neither the viewer nor the heroine can quite put their finger on what is going on. Mary leaves her old life behind to accept the role of a church organist in Salt Lake City and as she tries to adjust to her new role she is subjected to frightening visions of increasing intensity in which she experiences a creepy pale-skinned, dead-eyed man (played by Harvey himself with a malicious glee) stalking her. On top of that, she feels strangely drawn to the abandoned fairground and dancehall on the banks of the lake at the edge of town. 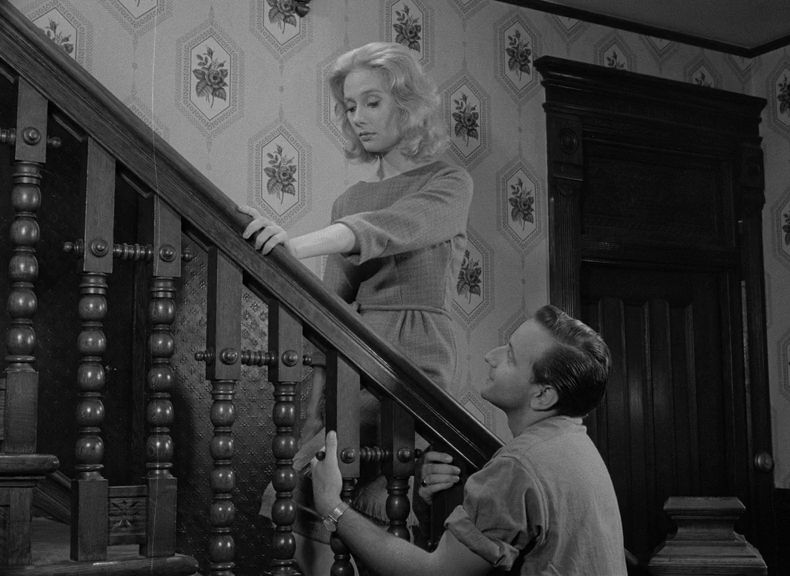 As well as being stalked by this supernatural menace, Mary also butts heads with several different men in her life who try to exert control over her in a variety of different ways: her priest (and boss) who provides one of the film’s best lines when she plays music, not to his taste (“Profane! Sacrilege!”), her doctor who tries to give her psychiatric advice despite, by his own admission, being a GP and not a mental health professional and, perhaps creepiest of all, her neighbour Mr Linden whose attempts to date (and more) Mary by any and all means possible truly made my skin crawl. That Sidney Berger was just doing his friend Harvey a favour is remarkable, given the levels of sleaze he is able to convey on screen. The way he tries to inveigle and gaslight his way into Mary’s affections make his parts of this film a timeless study in issues like consent and toxic masculinity – rather sad that I, who wouldn’t be born for another 13 years at the time this was made, recognised what he was up to from current abhorrent behaviour which refuses to die out.

As well as the story, you can’t talk about Carnival of Souls without mentioning the utterly remarkable music of composer and former theatre organist Gene Moore. The way he slips from fairly mundane sounding church music into something more discordant and weird is masterfully done. Given the importance of music in the story due to the heroine’s career choice, as well as the memorably creepy vibe created, the music virtually becomes a character in its own right.

If you’re looking for something to press all your weird buttons, you could do a lot worse than Carnival of Souls – it’s an unforgettable, creepy and now, thanks to Criterion, gorgeous looking curiosity of low budget indie cinema. 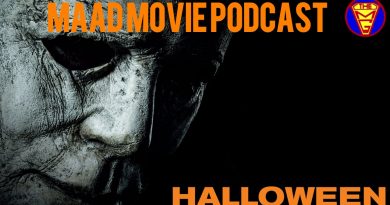