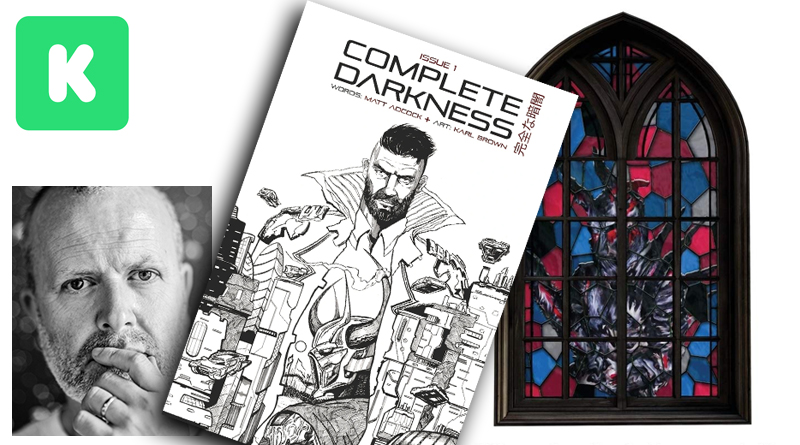 Our Kickstarter Queen, Angela Daniels, takes a look at one of our very favourite current crowdfunding projects…

Borag Thungg, Earthlets! Have you experienced the thrill-power of reading 2000AD?

I know a number of the WGN Crew and extended family have – in fact I believe we have at least one Seto Thargo among our pals (Grumpy Andrew). If you haven’t though, don’t worry, all you need to know is that it’s a ripsnorting collection of science fiction and horror stories – some of which are exciting action adventures, some are horrific morality tales, while others are hard sci-fi space opera. And then there’s the wonderful Judge Dredd, whose own exploits straddle the thin line between a superhero fable, dystopian fantasy, crime thriller and more cyberpunk shenanigans than you can shake a cybernetic half-robot-half-stick at.

So imagine my delight when our editor (That’s me! Ed) passed me a preview copy of our good Pal Matt Adcock’s BRAND SPANKING NEW comic adaptation of his novel (Jane’s review of which you can read here), Complete Darkness – a cyberpunk adventure very much in the 2000AD vein.

At the time of writing, issue one of the comic was doing the rounds on Kickstarter. It had recently reached its target and with just three measly weeks to go, was hoping to hit some pretty zarjaz Stretch Goals. AND NOW I’VE HAD A READ OF IT – oh, yes!

Issue one of Complete Darkness closely follows the prologue of Matt’s novel, in which we meet the reluctant hero Cleric20 and his robot chum GiX. We also experience the Starlight Bounce – an astral phenomenon in which events from our distant past, can be replayed in the present day – one of which changes everything we know about our history and the very nature of God and religion.

But how will Cleric20 figure into this, and save us all from an evil we couldn’t even imagine? Well… you’ll have to read the novel or back this, and further issues of the comic to find out!

The first thing that struck me about the comic adaptation was artwork by Karl Brown’s (of An Android Awakes). I generally don’t like to compare artists, judging each by their own work, but his lovely ink work put me in mind of some of the memorable 70s and 80s artists of 2000AD, Eagle, Scream!, Battle and similar contemporaries. Greats like Jose Ortiz, Eric Bradbury, Carlos Pino and Jesus Redondo sprung to mind as I gazed at those lovely, detailed monochrome panels. I felt like a kid again, reading Misty under the bedsheets. 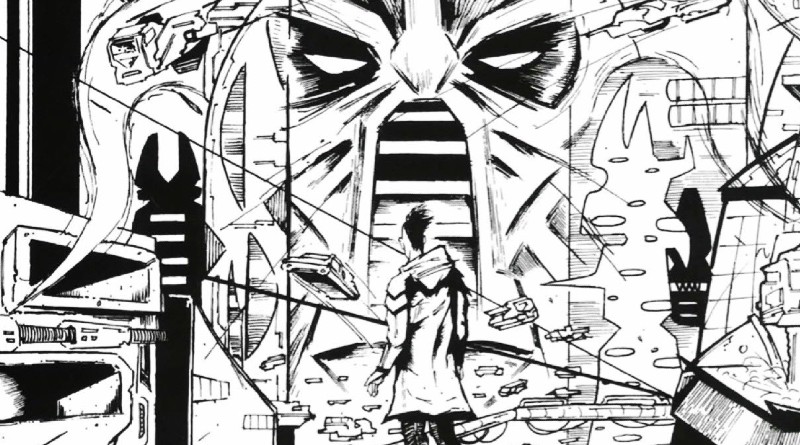 And then, of course, there’s the story. Even in issue one’s pages alone, there are plenty of great futuristic ideas to keep even the hardest of hard sci-fi fans happy, mingled with a spiritual and historical plotline that throws together two worlds that rarely mingle but do so here in explosive fashion.

As I said before, there are (at the time of writing) three weeks to go on the Kickstarter and one of the Stretch Goals to still be unlocked is for an alternative cover by legendary former 2000AD artist Siku. Depending on what level you back it at, you can get digital or paper copies of both issue one and the original novel, not to mention t-shirts, art cards and a rather fetching bandana/facemask Buff thing (one of which I was also sent, and makes for a brilliant scarf. Here’s Matt modelling it for us.

At the top tier, you can even appear yourself as a minor character in the second issue.

So, if you’re in the market for an exciting, science fiction adventure with great characters, wild ideas, and a liberal sprinkling of humour, then you’d be a grexnix not to head over to Kickstarter RIGHT NOW and back this amazing project before it’s too late!

Being the jolly good sort he is, Matt has also contributed as a guest poster to these very pages, well screens, because they’re not really pages, are they? Anyway – the point is – you can have a read of those things here! 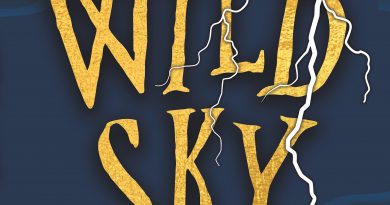 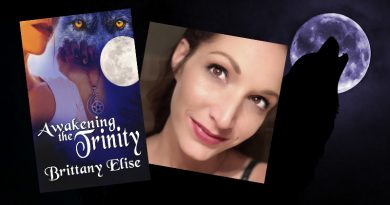