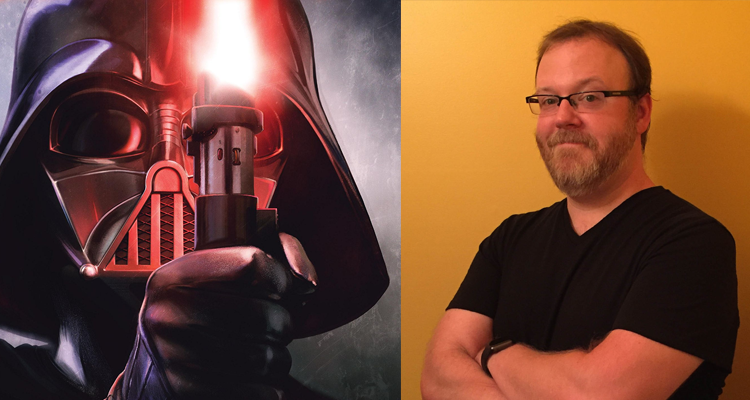 Despite being one of the editors I will not be speaking for the rest of WGN staff here. But I cannot abide sitting silently on this. Author and frequent Star Wars contributor Chuck Wendig was just fired from Marvel. And it reeks of utter bullshit.

Was he sexually aggressive towards coworkers? Did he go off on some racist tirade? Did he besmirch the name of his employers?

No. He spoke his mind on twitter and said some dirty words.

So what did he speak his mind about? It’s a fair question. I don’t follow Mr. Wendig on Twitter, I didn’t know if it was justified or not. Freedom of speech doesn’t mean free from consequences. It could have been totally justified. So, I decided to comb through his posts. I learned two things.

1. Chuck Wendig posts and retweets a lot. I mean. A lot.

2. None of it was particularly that vile….at least on his side.

It should not be a shocker to anyone to hear that there is a portion of the Star Wars fandom that has become insanely toxic lately. I’ve have been part of this fandom practically since birth. I have loved Star Wars since I was (at least) two years old. I’ll 36 in a couple of months. I know this group well. We can be a passionate bunch. But it has gone beyond that.

Some of us have become cruel. Our love for a story has turned to anger at story developments. Our anger has turned into hatred towards those responsible. We’ve begun spewing vile comments at people – fans and creators alike – over make believe events. And those people have suffered for it.

Doxing, spamming, hate mail, SWATing, and an endless tirade of malice has become the norm for some of these people. Kelly Marie Tran had to leave Twitter over fan behavior. George fucking Lucas sold the franchise because we were so shitty about his new work. And now Chuck Wending has been fired.

So facing all that hatred for three solid years, I’m sure he must have really let people have it. After all he got fired. He must of said some horrendous stuff.

“If you’re upset because I put gay characters and a gay protagonist in the book, I got nothing for you… You’re not the Rebel Alliance. You’re not the good guys. You’re the fucking Empire, man. You’re the shitty, oppressive, totalitarian Empire. If you can imagine a world where Luke Skywalker would be irritated that there were gay people around him, you completely missed the point of Star Wars. It’s like trying to picture Jesus kicking lepers in the throat instead of curing them. Stop being the Empire. Join the Rebel Alliance. We have love and inclusion and great music and cute droids.”

Here is another rant in which he calls some “fans” numbnuts. But then he goes on to talk about toxic ideologies that are bizarre and destructive. He isn’t insulting all of Star Wars, just the ones that actively trying to lash out at strangers. And at no point is he really wrong. A bit crude sure, but certainly not the raving, hate filled lunatic, some have been claiming him to be.

And that’s what happened here. Chuck Wendig was personally targeted and harassed online for three years. And he told those people to fuck right the fuck off. And good for him.

But it wasn’t just the Star Wars haters. He is also very liberal and passionate about politics. He tweets about it often. Most of it is totally harmless. It is just retweets of news articles from standard reputable sources. Or him telling people to get out and vote. To make change. To not be silent. And he seems to feel strongly that the current US administration is, for lack of a better word, evil. That a pretty bold stance. But he is far from alone.

This is probably the most offensive thing he had to say on twitter.

“Fuck Trump. But he’s just the ugly fake-gold mask they’ve put on this thing. Fuck all the GOP, fuck that blubbering, bristling frat boy judge, fuck McConnell, Ryan, Grassley, Collins, every last one of them. Fuck them for how they’ve shamed victims and helped dismantle democracy.”

Ok, so I can see that being irksome to a boss trying to run a business. But the context here is not   – fuck republicans. – it’s really – fuck republicans for shaming a victim of sexual assault. Kind of hard to argue with that. Even if you don’t think that’s what the GOP did, you can forgive someone using “fuck” if that’s what they perceived. And I would hope that anyone who believed that would stand up and say something. Like Mr. Wendig did.

Clearly, Chuck continued on insulting and berating people after this, Right?

Again. No. In fact, Mr. Wendig was quite eloquent on why he chose to use those words and what they meant.

“Note: this isn’t the same as calling for violence. But it is suggesting that you should not be shamed for using vigorous, vulgar language. Or for standing up in disobedience. Or for demanding acknowledgement and action in whatever way you must.

Civility is for normalcy. When things are normal and working as intended, civility is part of maintaining balance. But when that balance is gone, civility does not help return it but rather, destabilize it further. Because your civility gives them cover for evil.”

This seems to be the core at what got Chuck Wendig fired.

I can understand the decision from a business perspective. Neither Marvel nor Disney want to alienate conservatives. Nor should they. Being a Republican or a conservative does not automatically make you a bigot.

But just like Star Wars, there is a toxic element in any political side. We liberals have our flakes and extremists. And lately the GOP has had an infestation of white supremacists. For some time now Neo Nazis groups and their ilk have been pretending to be Republicans. Just like they have pretended to be Christians when the have spewed forth antisemitic rhetoric. Just like they have pretended to champions of women rights when they say Muslims hate women. Like they have pretended to be proud of their heritage when they have really just aimed to disparage that of others. They have been demanding civility as they try to spread hatred across the world. And like Mr. Wendig said our civility gives them strength.

You don’t need to punch Nazis. But you do have to stand up to them. Chuck Wending wasn’t targeted by many of these people because he wrote a bad book. He was targeted because he dared to put LGBTQ characters in Star Wars. There is no lesbian sex scene. He didn’t sexualize a family frenziedly franchise (certianly no more than slave Leia in Jedi)  There aren’t giant rants of equal rights, no “gay agenda”, delivered by his characters. He wasn’t cramming SJW stuff down anyone’s throats. He just added queer characters. That’s the great crime Chuck Wendig committed against Star Wars.

Now, some feel he did write bad Star Wars books. There has been honest criticism of his work. And he has been very careful not to lump the two groups together. None of his bad language or anger has been at people who just said “Your book sucked dude.”

All of Wendig’s anger and crudity has been towards people who have outed themselves as bigots, misogynists, homophobes, xenohpobes, and anyone who would use their power to to harm, marginalize, or otherwise silence people seeking equality. Again, for three years Wendig put up with massive amount a shit from scum like this, and when push came to shove who did Marvel side with?

The Empire. That’s who.

As I already said, I understand they are a business. I understand what that entails. But as I’ve written before when James Gunn was fired –  they are in the business of producing art. Disney and Marvel are rapidly becoming the largest owner of intellectual properties on this planet. They hold an ungodly amount of power when it comes to the art world. I’ve already written about 1,500 words here. I am not going to bore you with another 1,500 on why art is important. At least not today. But it is vital to the langue we use to discuss what it means to be human and what is important to us. And lately, those who hold the keys to a large amount of art and artists have sent a frightening message to creators – “Shut your mouth and do as your told.”

I don’t know why Marvel fired Chuck Wendig. They aren’t commenting. But if Wendig’s version is true. Then these are darker times than I imagined, and I for one could use some new hope.

Thank you for reading,

TL; DR. Fuck Marvel right now. And fuck Disney too. If want to produce art, do so with integrity. You gutless, money grubbing, swine. 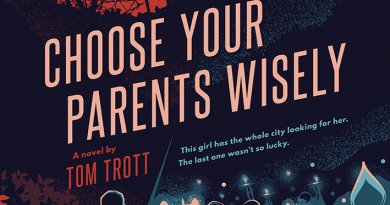 “Choose Your Parents Wisely” Is A Must For Fans Of Noir.