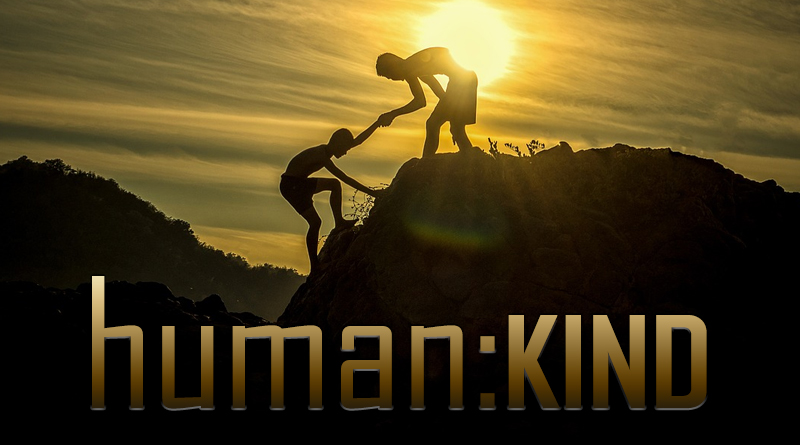 This time in human:KIND Paul tells us about how the disappointment of being forced to give up on an endeavour wasn’t necessarily a failure, and how in the end, it might just have been the right decision in the long run.

A couple of weeks ago I participated in a charity hike in Surrey. There were two walks running consecutively, a 25km circuit around Windsor castle and Runnymede, which everyone did and, for those who were feeling a little more adventurous, a further 9 miles taking in Eton. With a couple of chums (one of whom is this site’s own Simon Stothard) I was signed up for the latter.

I’ve done long distance walks before, but none quite that far. I’m also training for a much longer walk in just over a week’s time, so it was important to me that I complete this. Aside from a steep climb about halfway through the walk (and which, while hard going, was over quickly and not as bad as I was expecting), the route should have been relatively straightforward, offering little in the way of obstacles. So imagine my dismay when, shortly after we reached the peak of Snow Hill in Windsor Great Park at about the 16km mark I started to develop a pain in my hip and subsequently, a slight limp.

If you’ve ever been to Windsor Castle you might be familiar with the promenade known as The Long Walk. It’s a dead straight path, which runs from the statue of King George III in the park all the way to the castle gates.

It looks simple. But it’s a real bugger to walk down.

Not because it’s particularly steep (it’s not) but because it’s almost 3 miles of unchanging, exposed, dull monotony which, when you’re limping and it’s one in the afternoon on the hottest day of the year, is more gruelling than the 3-in-1 climb we’d completed not an hour or so earlier. For almost the entire duration of The Long Walk, there are no benches, no litter bins, no trees or curbs – nothing you can rest on or lean on to stretch your burning calves or hamstrings.

For over half an hour the castle seemed to be getting no closer and then I made the terrible mistake of looking back up the hill – it felt like we’d travelled hardly any distance at all! All the while the pain in my hip was getting worse and it was slowing me down.

When we finally reached the 22km point at the castle, after almost an hour in that heat, I was in so much pain that I had to continually stop to stretch my aching muscles. We were only about 2 miles from the lunch stop – a distance I routinely walk in my lunch break at work in just over half an hour – but it took another hour to get to the much-needed rest stop. And there were still 9 miles more to go after lunch.

We sat tending our aches and pains and eating our pasta and I discussed my thoughts with the other guys. I had to come to a difficult decision. As determined as I was to finish the entire course, I knew that carrying on for another 2-3 hours with the pain I was suffering would be crazy. Simon reminded me that this was supposed to be a leisurely walk to prepare for the next one. The last thing I would want was to injure myself any further and rule myself out of the very event I’d been training for a year for!

So I had to throw in the towel and let the others continue. At the time, I felt like a loser – a failure – until I went to the steward’s tent to let them know of my decision at which point they rushed me over to the finishing line and furnished me with a glass of champagne, a large chocolate rabbit (it was Easter weekend) and a medal with “Finisher” embossed on it. Of course! I might not have completed the 25-mile course but I had completed the 25km one! 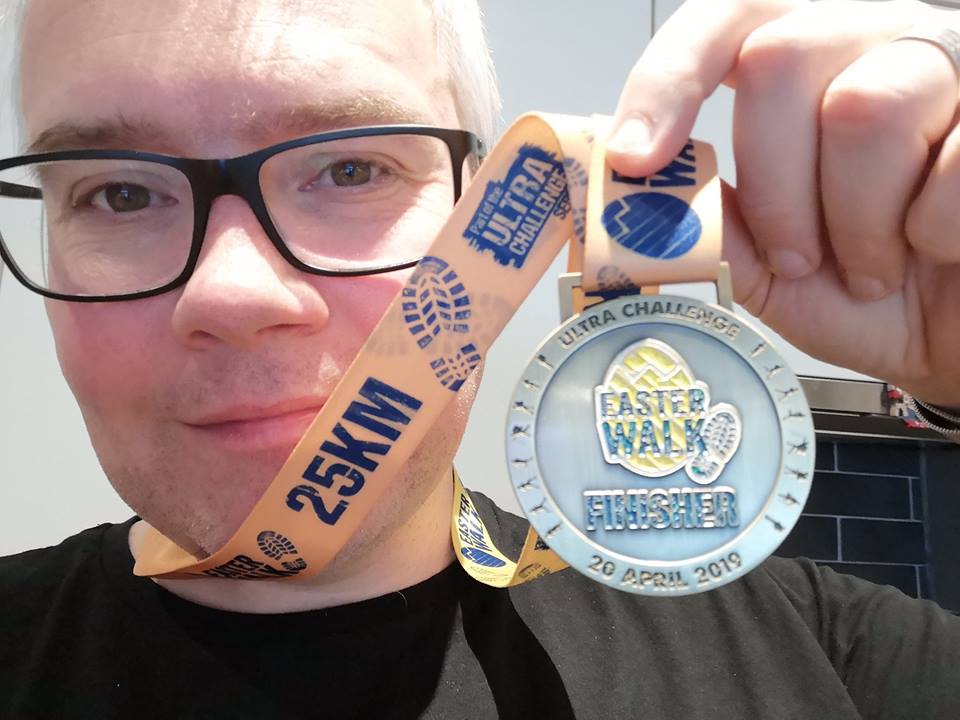 In the week following this, I took some time to think about what went wrong. I had walked about 30km on my very first long distance walk with no ill effects (aside from the expected muscular aches the next day or two). I came to the conclusion that my new walking shoes had been the cause of the problem. They had rubbed my little toes quite badly, leading to a nasty blister and a limp – and the limp put extra pressure on my hip.

Being the sensible chap I am though, I did seek a consultation about looking after my feet with an orthotic footwear expert who examined my shoes, my gait and the health of my feet in general. His assessment was that I had a slight inconsistency which, if unchecked could lead to… pain in my right hip.

Blimey, this guy is good I thought! I ended up purchasing bespoke insoles, fitted just for me, to put in my existing shoes and which should correct the unevenness. I’ve been walking around in them for a couple of days now and the difference is amazing! I feel like I have more stamina when walking and certainly less pain in my feet – much of which I had just attributed to the aches and pains one expects after exercising.

Thanks to this, my confidence for the next walk has been boosted and I feel ready to take on the world!

So what I have learned from this whole escapade is this: giving up isn’t necessarily a sign of weakness – sometimes you just have to stop what you’re doing badly, take stock of yourself, ask for advice, learn from the experience and then when you’re confident that you can do it better, try again!

Oh, and as a little coda to the story, the organisers emailed me my certificate the other day. Not only did I cross the line before 155 of my fellow walkers, but I also completed the 25km in exactly 6 hours – a personal best, despite a slow finish! That gave me a massive boost!

On Saturday 11th May a bunch of us, including myself, Simon and our Ultimate Movie Geek Nathaniel will be attempting to take on the Keswick 2 Barrow walk – almost 40 miles across England’s spectacular Lake District to raise money for various charities.

We’ll be bringing you another piece about that in the very near future so stay tuned for details about the gang, what motivates us, how we’ve prepared, which charities we’re supporting and how to sponsor us. 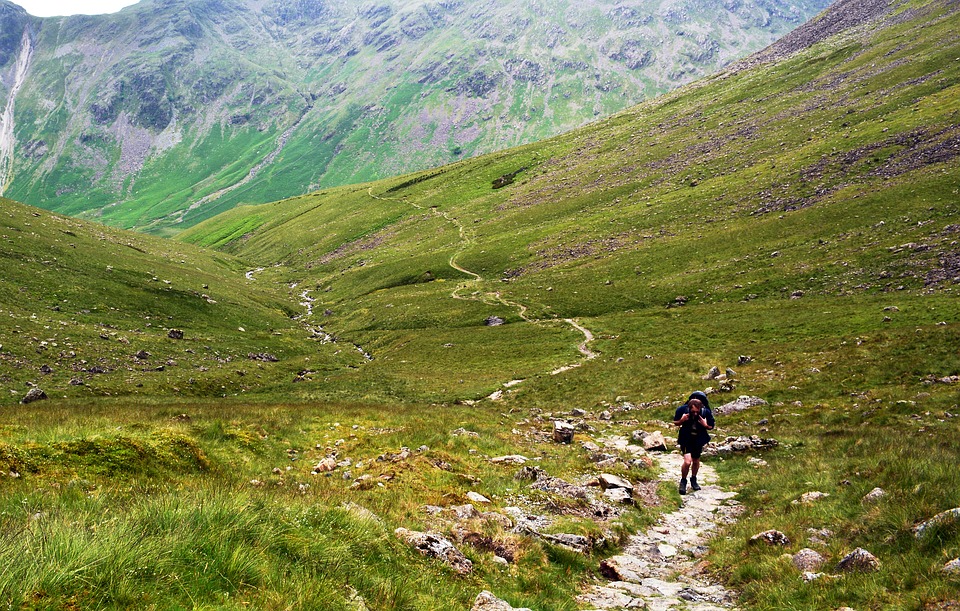 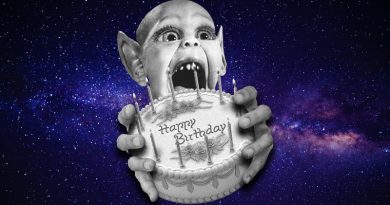