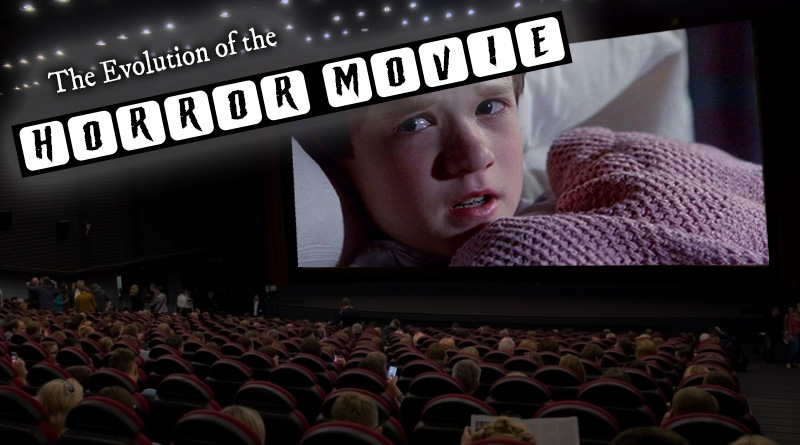 For horror fans, a cinematic centenary is just around the corner (2022 in-fact) and to celebrate this monumental moment of the monstrous Rob Mclaughlin takes a close look at the key points of the evolution of the horror movie. Today we stop in the self-aware 1990s for…

The last decade of the 20th century saw horror start on a high but very quickly spiralled into a decline of unnecessary straight to video offerings from studios like Empire Pictures evolving into its new form of Full Moon Pictures and the heyday of Richard and Charles Band and their cinematic B-movie masterpieces such as Re-Animator (1985) and From Beyond (1986) far behind them with the studio now focused seeing how they could try and quick buck to be made on the back of much higher profile horror releases (a pattern that has continued by companies such as the Asylum) and while Full Moon created a solid set of movies with the Subspecies (1991) series the trend of straight to video meant that horror production focused more quantity rather than quality.

The numerous choices of low-grade horror diminished the impact of the genre and shock and innovation was replaced with gore and graphical violence usually on a tight budget. Films shot on video became the norm and home studios and DIY directors and producers tried once again to capture lightning in a bottle and to create another horror icon to rival Jason or Pinhead but instead provided a plethora of forgettable bad guys such as the Pentagram Killer from The First Power (1990), Dolly from Dolly Dearest (1991) and which in turn followed the end of the 80s and an array of other misfires such as Charlie Forsythe in Prison (1987) and Horace Pinker in Shocker (1989)

The beginnings of the 90s, however, did provide some high profile and notable films with the beginning introducing audiences to some very human nightmares in the shape of Cathy Bates’ Annie Wilkes in Misery (1990) and Anthony Hopkins’ eloquent cannibal Hannibal Lecter in Silence of the Lambs (1991). This award-winning horror was then followed by another iconic outing from the imagination of Clive Barker with the superb Candyman in 1992 (based on his short story ‘The Forbidden’) which took the notion of urban legends to the extreme and saw Tony Todd’s charismatic performance instil fear in anyone who said his name three times in a mirror (apart of course from Butters in South Park).

It is not often that genre films, especially ones framed as ‘horror’ have such an impact on pop-culture but Lecter’s ‘tastes’ and Candyman’s unique environment which moved the original story from Liverpool to downtown Chicago replacing one run-down working-class environment with another was a stroke of cinematic genius (and more than made up for other Barker based films such as Rawhead Rex and Transmutations) as too was adding composters Phillip Glass minimalist and haunting score of the movie, which helped create another iconic horror villain for a new decade, abet one that was slightly more sympathetic than his predecessors.

The early 90s also saw other successes in the creation of John Carpenters HP Lovecraft inspired In the Mouth of Madness (1994), Neil Jordan directing Tom Cruise as Lestat in Interview with the Vampire (1994) and the genre even taking us to the furthest reaches of Space with Event Horizon (1997) however the themes of horror have literally been done to death as a genre and as 1996’s Scream shows, canny audiences knew every jump-scare trick in the book.

With the release of Scream (1996) the genre that has come full circle and became self-aware, a post-modern film that knew that the audiences knew all the clichés, tropes and something that went even further with Cabin in the Woods (2011) and embraced its horror past with both homages and influences of what has gone before.

By the end of the decade, the genre had been poked fun of, parodied, dissected and ridiculed – whether it was Eddie and Richie going out for Halloween with a cattle prod, Sam Rami taking the slapstick route with Army of Darkness (1992), Micheal J Fox talking to spirits in the hugely underrated The Frighteners (1996) or Tarantino and co batting south American Vampires in From Dusk Till Dawn (1996) it seemed as though Horror as a genre designed to scare was well at truly over – that is until three student filmmakers, armed with a video camera set out on an expedition to the Black Hills Forest to see whether a local legend was actually true and in doing so created a whole new genre of ‘found footage’.

While anthology horror was out of favour and had really been laid to rest in the mid-1980s with The Twilight Zone: The Movie (1983) and of course Creepshow 1 and 2 (1982, 1987) this early 90s outing from the television show of the same name still showed there were short terrifying tales to tell and that even a modern witch who had more than a passing resemblance to Videodrome’s Nicki Brand can still be tricked by a child with an engaging story or two to tell. If you are in a mood for more cinematic short-form stories then The Willies (1990) and Necronomicon (1993) are both hidden 90s portmanteau gems.

While Clive Barker’s work has produced some fantastic horror icons in films such as Hellraiser (1987) and Lord of Illusions (1995) there have unfortunately been more misses than hits in adapting his work. Rawhead Rex (1986) and Saint Sinner (2002) were two examples of works failing to be adapted on screen with any conviction. Then there is Nightbreed, a film that monster fanatics and those with a wild imagination loved but the rest of the world, for the most part, forgot about. However, Nighbreed and its hardcore fanbase endure with iterations of the film still being screened and collected even now with the Directors and Cabal Cut still keeping this carnival of monsters still very much on the horror community’s radar.

Pre-dating the horror film referencing Scream by a couple of years this new take on the Nightmare on Elm Street mythology appeared a full decade after the initial appearance of Freddy Krueger and while the master of the dream realm had become a parody of himself having this cleverly crafted film within a film narrative took all the menace of the original and gave it a unique spin of meta-narratives and a wider acknowledgement of the audience knowing every horror movie cliché. While this might have seemed like a good time to let Freddy finally rest in peace, of course, he came back once again a decade later in where he finally face to face with his horror ‘rival’ Jason Vorhees in Freddy vs Jason (2003).

While very much a mainstream ‘Hollywood’ horror From Dusk Till Dawn begged, stole and borrowed from the growing ‘indy’ market of smaller film studios which began to blossom in the 1990s, launching the career of one of the industry’s leading men (yes I know he was in ER and also Attack of the Killer Tomatoes). This new take on Vampires did away with caped bedroom invaders and instead delved into the bloodsucking lore of South America where lizards replaced bats and the spirits of ancient Aztec and Inca goddesses are reincarnated in the form of showgirls and burlesque dancers.

Fun-filled and at times too silly for its own good Rodriguez take on vampires spawned numerous sequels and TV shows however the fun of seeing Tom Savini, Fred Williamson and John Saxon battle vampiric Cheech Marin and Danny Trejo is just a B-movie lover’s fantasy.

A horror film on a budget is not something new, however, a film that purposely uses its lack of finances to become the main focus of the movie was something innovative and hugely creative and allowed for ‘amateur’ or guerrilla film-makers the opportunity to showcase their prowess. The first film that started off the trend of ‘found-footage’ movies the Blair Witch is a slow burn film, made all the more creepy in its anticipation of the potential of something to happen. There is no gore, no monsters and no out and out jump scares and yet the Blair Witch still stands as a terrifying example of a cleverly crafted movie (and marketing campaign) that has an ending that’s still as unnerving as it was on its original release over twenty years ago.

Come back later today as we conclude The Evolution of the Horror Movie with a look a the 2000s to the present day. A time which saw a resurgence in both Found Footage and Folk Horror. 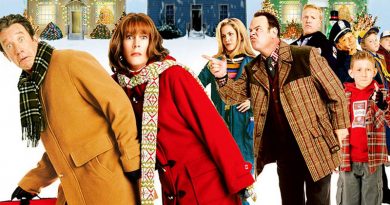 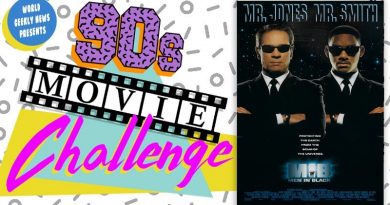 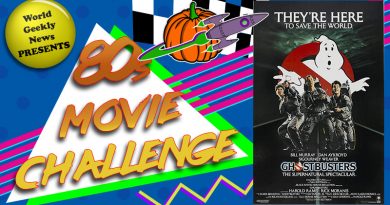