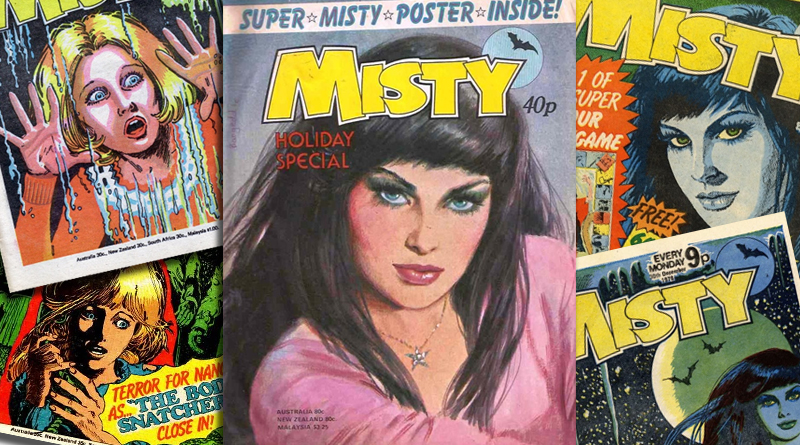 With a best-selling collection of reprints under its belt and an imminent Halloween Special featuring all-new material, Rebecca looks back at the origins and inspirations of Misty – a publication that was so much more than just a “horror comic for girls”.

I like to think Mary Shelley would have liked reading Misty. With the world as it was, clothed in the black remnants of the Laki Eruption – the young Mary, still to meet Lord Byron, might have recognised the late 1970s England. A coal black sky filled with anxiety and fears over the future. 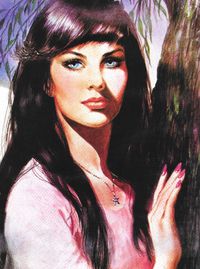 Her mother, Mary Wollstonecraft, might have tutted at the childish stories Misty told. However, she would have seen that the girls were as capable as the boys – and dealt with the nightmares that stalked the streets.

Misty came from the brilliant mind of Pat Mills. She was born – via Fleetway Magazines – on the 4th of February 1978. The young Pat Mills had just become a Script Droid for 2000AD, and the Ghafflebette Tharg allowed him one more creation.

Running up that Hill

Then there was Misty herself – a gatekeeper to the stories, in the tradition of The Cryptkeeper – who was cool. We’re not talking the 2010 “cool” here, but the Kate Bush “COOOOL!” of the 1970s. As if Wednesday Addams had grown up to be a cat lady with a dream pool.

Each issue had a collection of stories and they all dealt with the supernatural in some way. Looking back through them now, you can see inspiration which later became other stories: Stephen King’s Carrie is continued in “Moonchild” while “What Did You Say?” may just have inspired Michael Jackson’s “Thriller”.

Possibly the biggest problem that Misty had was its journey into a world that was yet to come. With the rise of Anne Rice and Stephenie Meyer, it’s difficult to remember how male-dominated the world of supernatural horror was. All but one of the Misty staff were men – only Misty herself being drawn by Shirley Bellwood.

Even the boys loved to read Misty though, despite how much they denied it afterwards. You’d always find the comics in a different pile to where you’d left them.

There was one thing that really set the stories apart though; unhappy endings. This was a comic based around horror and some really nasty things happened:

Sadly though, the comic world was coming to an end. Misty joined in the coven of Dreamer, June, Jinty, Sally, Sandie and Tammy reduced to just being Girl. Misty herself (the name) was given to the Pokemon and a Daredevil character.

But, from the stories there had awakened something. A lumbering desire for stories that skirted good behaviour and told of wicked things that came to punish or to praise. Paranormal Romance may not have started with Misty, but she showed us a world that could be through her dreaming pool.

Mary Shelley may have even liked “The Four Faces of Eve”. I’ll leave it to the reader to understand why. It’s in the Misty reprint if you’d like to look. xx

Scream! & Misty special is available in newsagents from 17th October 2018, or you can pre-order your copy (including a Misty & Scream! variant cover edition) from Rebellion’s web shop now. 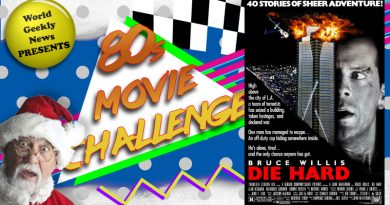 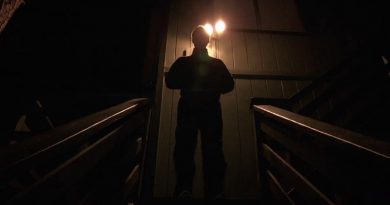