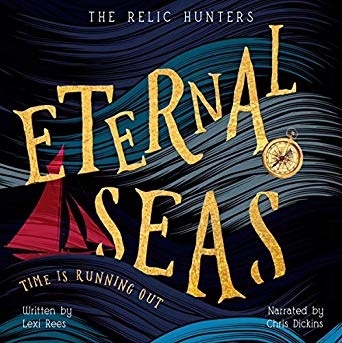 I don’t often get a chance to review YA novels, let alone YA audio books. So, when I got a copy of Eternal Seas on Audible I asked my soon-to-be 10 year old son if he wanted to review it with me. He was intrigued but not exactly enthused. That is, until we read the first few chapters – then both of us were hooked.

“Such a small parcel shouldn’t cause experienced smugglers much trouble. But, as Finn and Aria discover, this is the most dangerous delivery of their lives. Battered by storms and chased across the globe by an evil warlord, they enlist the help of a strange witch-doctor. Together, they struggle to solve the mystery while the fate of an ancient civilization depends on them, and time is running out …

Eternal Seas is a thrilling adventure for children aged seven to twelve.”

Christopher Dickens is not a narrator with whom I was familiar. But, it’s safe to say I’ll be keeping an ear out for him from now on. There is a an ease and sense of geniality to his voice that is extremely pleasant. His voice work is great, providing a nice cast of characters. His work is extremely similar to that of David Tennant. Tennant, often recognized for his work on Broadchurch or Doctor Who, is a truly wonderful narrator and voice actor. Dickens, at times, sounds eerily similar and with equal skill.

Short, simple, and totally engaging. There isn’t a great deal of depth in the story or the characters. But, given that it is the first book in a series for 7-12 year old its very appropriate. Hopefully, future installments will allow the characters to become more nuanced but this was a perfect introduction.

What the books lacks in originality it makes up for in good writing. Anyone familiar with things like X-men comics or Harry Potter may find the story beats a little too recognizable (especially adults.) Some of the characters also lack a bit of substance – there isn’t much in the dialogue to distinguish the two siblings for instance. But, none of that really matters because the book is fun and breezy. It’s simply a joy to read.

Lexi Rees has crafted a wonderful story that never outstays its welcome. She does an amazing job of conjuring vivid images with the simplest sentences. This creates a wonderful pace that never slackens. It is an exciting adventure story from beginning to end.

The exact time and nature of the setting is somewhat vague. It is a version of our world and set possibly in the not to distant future. Beyond that it can get a little difficult to pin anything down. Which works in the books favor. There is a post apocalyptic feel to the story, akin to the 90’s action movie Waterworld, but without the violence and desperation typically associated with that genre. There are enough familiar elements to keep everything grounded and enough mystery to keep the reader intrigued. Despite having very little plot in common, I kept thinking “So, this is what Mortal Engines would have been like if it were good.”

Any fans of Avatar: The Last Air bender will find a great deal of familiarity with this novel. The characters, the magic, the mythology all play very similarly to the cartoon. Though, the modern setting has a bit more in common with its sequel The Legend of Korra.  That said the connections don’t seem intentional. This isn’t a rip off of any other story, it just relies on comfortable genre tropes. And does it well.

My son felt there were elements of Harry Potter to the story (engaging story, fun characters, a sense of wonder and adventure) and its hard to argue. This is not as complex as Rowling’s series but it shares some aspects. My son can be a little fickle with stories, so the fact that he devoured this book is a sign it will be engaging to most people in its intended age group. His only complaint was a lack of humor. Which, in retrospect I would agree. The book is many things, but it never manages to crack a joke. It is by no means dour, quite the opposite in fact. But, some well placed humor could of helped make some of the characters more endearing.

This is an easy recommendation. Short, simple, and loads of fun. I know I will be picking up the next book in the series as soon as it comes out.

Lexi Rees grew up in the north of Scotland but now splits her time between London and West Sussex. She still goes back to Scotland 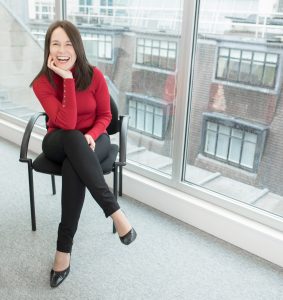 Usually seen clutching a mug of coffee, she spends as much time as possible sailing and horse riding, both of which she does enthusiastically but badly.

Her first book, Eternal Seas was written on a boat; the storm described in it was frighteningly real. 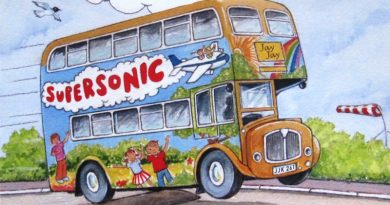 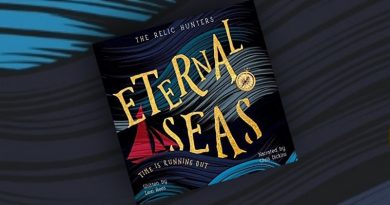