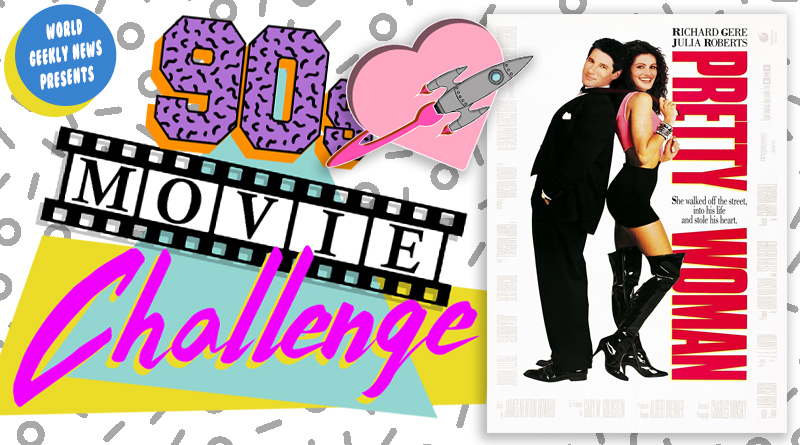 It’s that time again, pals, for more nineties hi-jinks. This week in #90sMC Jane Roberts walks down the street to finish off our  month-long celebration of all things romantic (LurveFest ’21) and takes a look at one of the earliest films on our list. From 1990, it’s Julia Robert’s breakthrough film, Pretty Woman!

Welcome to Pretty Woman, a film in which man meets unlikely woman, hits a few snags in the penthouse, and ends with a bunch of wilting flowers. Containing a smorgasbord of Julia Roberts’ megawatt smile and Richard Gere’s suave yet bland face, we find a rich man who can no longer be titillated by his own society finding novelty in the girl he picks off the street.

Three decades on, what is actually remembered about Pretty Woman, the full-length film? Is it a rom-com, as I thought when approaching it for the first time since release, my memory of watching the full film hazy? Sure, I’d caught bits and bobs of it on telly. I was suspicious of the central premise – poor hooker meets rich man; rich man saves poor hooker. A tale as old as the profession the film represented. 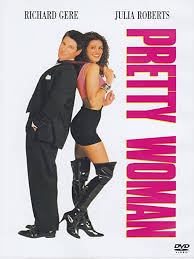 Julia Roberts would go on to get an Oscar nomination under her belt for 1989’s Steel Magnolias. She’d charmed in Mystic Pizza (1988). But in 1990, Pretty Woman was the film that would send her into the stardom stratosphere hit cinemas. I remember towering billboards of this beautiful woman in thigh-high boots, a magnetic smile and little else, yanking Richard Gere around by the tie. Pretty Woman was not just modestly successful; the tart with a heart was box office gold, to date Disney’s highest-ever grossing R rated movie.

I approached this rewatch with caution, thinking it may make my sputum boil, like my recent trip to Fatal Attraction had. Pretty Woman has a strong 1980s hangover, from the epic shoulder pads to the wayward perms. The soundtrack is great, containing Roxette, Go West and the ubiquitous Roy Orbison title track. The mobile phone technology is Jurassic.

I adore Julia Roberts who illuminates the screen every time she appears. It’s credit to Laura San Giacomo (also the best Nadine in The Stand, in my humble opinion) as her friend and room-mate Kit De Luca that when they appear together, the screen lights up with their combined humour, but also Kit’s fragility, the darker path taken in comparison to Roberts more upbeat outlook. 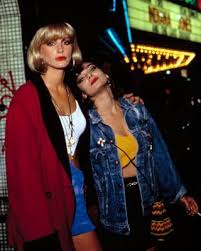 It opens with the murder of a prostitute, and the street working girls turning their faces away from what could be reality for any of them. Kit takes the pressure off herself by spending the rent money getting high. Vivian is furious.

We are all commodities in this film. From the punter in the back of shot checking out the girls as if they are slabs in the butcher shop window to Gere’s Richard Lewis asset-stripping stricken companies; from the snooty shop girls seeking to make sales commissions to the prostitutes themselves, whether tenderloin or mutton chops. Pre-Lewis, Vivian is lean flank getting a little tough. Post-Lewis and with a shiny cash fuelled makeover, she’s prime rib.

And this rankles. No matter how funny the exchanges are between the two, no matter how much Richard believes he’s treating Vivian as an equal, he’s a businessman paying for a service as he would any other transaction, Vivian’s security rests on Lewis’ capital. It might be a business transaction, but the trades are unequal, reflecting Richard’s dealings outside the hotel bedroom. The power dynamic is firmly with those dull grey suits.

Here we have a man adrift from the world, cocooned in luxury that he can’t appreciate until a street girl breaks through the shell, showing him daft movies, making forthright conversation. He can get her out of a bad situation. He offers to do this, and she turns him down flat. She leaves his money, leaves his penthouse suite, leaves his patronage behind.

I cheer for Vivian at this point. She’s never accepted a pimp, she’s not about to become a cossetted whore, whose value has an expiry date. Rather, she’s used the experience to think about doing something more with her life, something that gets her out of the beds of men who want a piece of that nice rump steak without dealing with the resultant emotional fallout and the harm it causes.

Prince Charming has a tower he wants to put her in, and she’s running for the hills and her high school diploma. You go, girl!

And then it all goes tits up.

The original script to Pretty Woman was darker in tone and led to a slew of high-profile actresses turning down the role of Vivian. Rumour has it the ending was changed to reflect the chemistry between Gere’s Lewis and Roberts. Part of me wishes for the unhappy ending version, to see what happens when people are forced through no choice of their own to walk dangerous paths. Because the movie contains pretty grim themes. 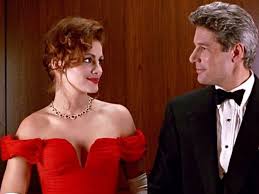 Roberts brings a lightness of the spirit to Vivian, but she expresses the vulnerabilities and insecurities of her equally well. This is a woman who never graduated high school. Who ran from a small town, and couldn’t make it on a waitress’s salary. Vivian is running out of options, despite a pretty face and quick mind.

No judgement of selling sex here. As mentioned, we live in a world of commodity, of which sex is one. What the film does highlight beneath the bright smiles and polo matches, strawberries and champagne, is the precariousness of life in the world’s oldest profession. True 30 years ago, equally true today. Vivian’s outer façade exposes her to ridicule and scorn, for doing what she can to get by. When she shucks that skin off and walks into civilian clothing, she becomes something else. But she will never rid herself of that label. Prostitute.

This is reinforced by grubby little lawyer Philip Stuckey, played brilliantly by Jason Alexander. He is the moral counterpoint to Edward Lewis. He only sees Vivian as an object that can be bought. She is a transaction, a deal on the table. He exposes her situation, exploits her fault lines. Reminds her that she is there to be bought and used. By men. Equally, there will always be those willing to look at the outer casing of a person, and judge them lacking, as the snobby shop girls do, to their cost. 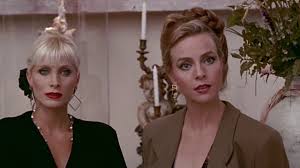 This juxtaposition is important. Because it is easy to get swept away by the ending that did eventually end up in cinemas. Vivian finding her own feet and a spark of confidence, about to leave to finish her education, swept off her fire escape by a millionaire with a cheap bunch of tulips offering love from a pedestal built from of broken relationships. That tie yanking poster was pure red herring. Gulp.

I liked this film. It does in a small way highlight issues of a lack of parity between men and women, between rich and poor. Gere is a little vanilla for my tastes, a blank canvas of a man with nothing but an empty centre which he tries to fill by playing with money and peoples lives. He’s as sexy as a spoon. It has humour and pathos, and well-drawn characters who show they are capable of change.

It’s Roberts’ film, and she plays Vivian with superb skill and sensitivity. She gets her happy ending. But we are also left looking at the one left behind – Kit – bereft of her rent maker, pondering her own future. Vivian can tell her she’s brilliant and will find her own way until she’s pink in the face, but there’s no real sense of a happy ending for Kit, or any of the other girls laid out for selection in that butcher shop window.

Vivian won the tart lottery. The others are just players left spinning in the wind, a footnote to Vivian’s history as she steps out aided by a rich man. And for this, I can’t love Pretty Woman, as much as I want to.

Pretty Woman is currently showing for free on Amazon Prime UK and is available on Disney Plus.

Listen to the soundtrack on Spotify.

In next week’s #90sMC Marc Paterson hosts an invite-only affair (and you’re all invited), held at a secret location (here) with a date and time known only to a select few (that would be you lovely lot. It’s Friday morning, 5th March). There’s only one thing we ask; that you don’t talk about it. Don’t make me say it twice…

That’s right, we jump all the way to the other end of the decade with 1999’s Fight Club. 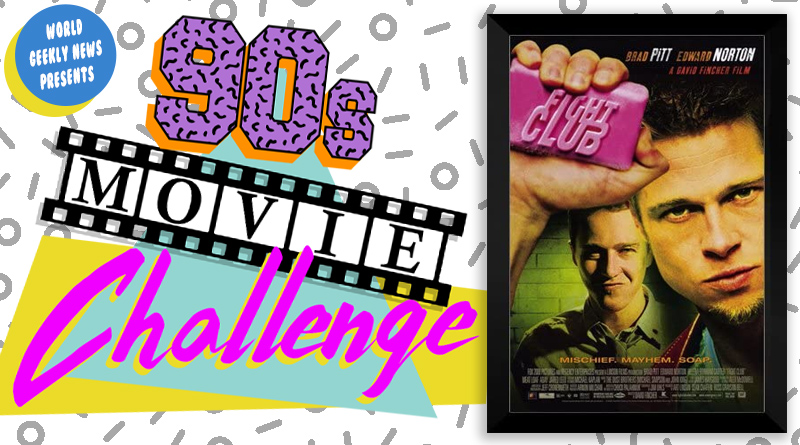 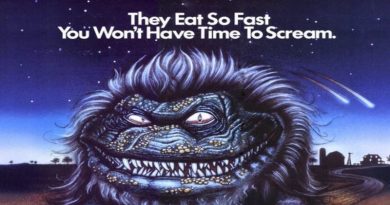 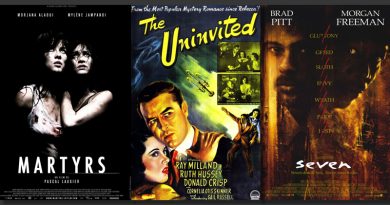 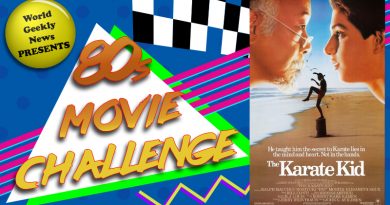