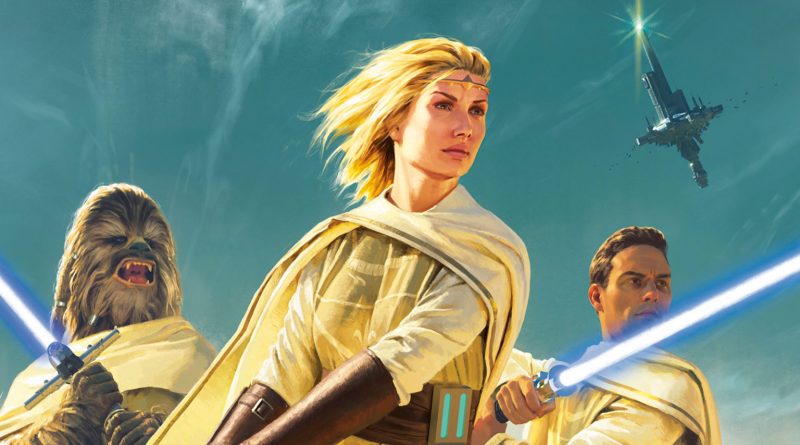 Nostalgia aside, the old Star Wars cannon (the Expanded Universe or EU for those of you just joining us in a ‘Galaxy Far, Far Away’) was far from perfect. For every wondrous entry like Tartakovsky’s Clone Wars there is a massive misfire like Luuke Skywalker (Luke’s evil clone). Hitting the reset button on the Star Wars franchise was a necessary evil. However, to paraphrase Lars Von Tikka, this new High Republic Era is a chance to make things right.

There are gobs of great things from the old cannon that Disney can and should reintroduce. They’ve already done it in several stories. Timothy Zahn’s brilliant antagonist Grand Admiral Thrawn became the antagonist for Rebels (why he wasn’t used for the Force Awakens is beyond me but that is a discussion for another article.) So, as Dinsey announces it’s first foray into new territory the question is: what should they take from the old cannon?

Revan was almost reintroduced into canon via a scene in the The Clone Wars cartoon. Said scene was ultimately cut leaving Revan’s canonical status in limbo. This Jedi turned Sith, turned Jedi again, has been the protagonist of many books, games, and comics in the old cannon and is a fan favorite. The High Republic will only be 200 years before TPM so Revan and his apprentice/friend Malak have been dead for roughly 3,000 years already. So, they can’t be characters – even if they do deserve their own trilogy. But a Darth Plagueis the wise style speech about the tale of Revan would go a long way to make some fans happy.

Darth Bane and the Rule of Two

Similar to Revan and Malak, the story of Darth Bane ends about 800 years before the new High Republic timeline. 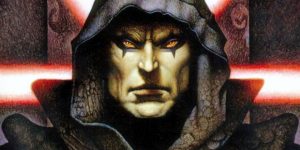 However, this is again an opportunity to sow the seeds of stories and characters that should be brought back. He had a brief appearance in The Clone Wars episode “Sacrifice.” But, the depth and importance of this character cannot be understated and deserves to come back. Perhaps one of Bane’s holocrons is discovered? Or a force vision like we’ve seen before? There are many ways to bring this beloved character back into the fold.

The Sith are still believed to be dead by this time. Darth Bane’s rule of two means that they have been living in the shadows and manipulating events against the Jedi. We cannot have a Sith War or even have many Jedi encounter the sith (and survive.) But, there is this giant gap in our knowledge of sith history. Who were the masters and apprentices between Darth Zannah and Darth Plagious? And if they were a secret, how did Yoda learn of Bane and the rule of two before his visit to Morriband?

Mandalore and it’s inhabitants have long captured Star Wars fan’s imaginations. The cool look and mystique of Boba Fett help establish what has become one of the galaxy’s most important historical planets. Dave Filoni was the first in the new canon to really bring them back and establish their role in the perpetual struggles of the Star Wars galaxy. John Favreau made them a household name with the wildly successful Disney+ series The Mandalorian. It makes sense then that we continue to flesh out this planet, the culture of its people, and their role in history.

Granted this one has been in the new canon already, but mostly only mentioned. The Citadel is a prison erected to hold rouge or dark Jedi. If we can’t have Sith we still need some good force using antagonists, corrupt Jedi and a Azkaban/Arkham Asylum style plot device would be awesome. And speaking of them….

When most people think of force users they think only of Sith and Jedi. But these are religions within the realm of force users. You could be a light side force user and not a Jedi, just like you can use the dark side and not be a Sith. (Note: Grey Jedi’s are BS and have no place here.) One of my favorite characters in the old canon is Set Harth. Harth was a Jedi who walked away from the order. He had no desire to destroy the Jedi or rule the galaxy, he simply used his abilities for personal gain and lived a hedonistic life style. This still adheres to Lucas’s idea of balance within the force, but allows for less didactic and more interesting storytelling. 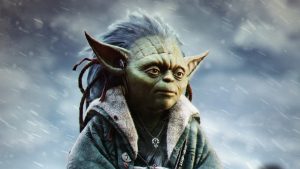 I have always been and remain against a Yoda prequel. But the 900 year old Grand Master would still be an important member of the Jedi Order at this point. Would he be on the High Council already or merely teaching younglings? Would he still go on missions?  What would a less wise Yoda be like? It would be interesting to explore the Jedi Order in the same way that Shaw Brother’s movies explored the hierarchy of warrior monks and the like. Seeing the legendary Yoda through the eyes of young padawans and knights could be awesome.

The temple of Courscant was not always the only temple to train Jedi. While the new cannon has only had Jedi training on Coruscant it hasn’t explicitly said that was the only way. Seeing smaller temples on more rural planets could be both interesting and a good source of drama. What about a temple that is stuck in the past and still uses the more harsh training tactics of the Pius Dea Era? Or a temple that is singularly focused on prophecies and force visions?

Seeing as the High Republic is the height of the Jedi power and prosperity exploring their culture, hierarchy and history is a must. For instance, the High Jedi Council (seen frequently in the Clone Wars era) is not the only council of the Jedi. In fact the Jedi Order has historically had a large and complex structure. Exploring these other areas, such as the Council of First Knowledge, The Acquisition Division, or even ancient ruins like the ones on the planet Ossus is ripe with storytelling opportunities.

A Variety of Force Powers.

Until The Force Awakens star wars movies and shows had only seen the very basic abilities of a force user. But the old cannon is littered with other abilities. Some, like the ability to shrink a Jedi’s essence, are a bit too out there. Others, however, like battle meditation (the ability to increase the bravery and powers of those around you) have been used to great impact in other stories. As long as things don’t get too far out of hand, adding some variety to the skills and abilities of force users should add some nice diversity to the characters.

A TV Show (at the very least)

Right now the High Republic Era is akin to the old Shadows of the Empire story. It will be explored in books, comics, and games. Which is cool and all but, this is the exact type of thing Star Wars needs to do on screen to shed the 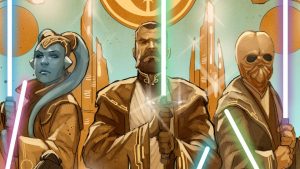 weight of its past. Love it or hate it, the Last Jedi was right about one thing in Star Wars; the past needs to die if it is going to become something more. It’s not that we can’t revisit previously established characters and era’s but the franchise needs to branch out. It needs to try new things and not rely on nostalgia. Lucas gifted us a truly rich mythology with almost limitless possibilities. There are countless worlds, unnamed species, and 1,000’s of years of Star Wars history to explore. And they all deserve to be explored on screen. 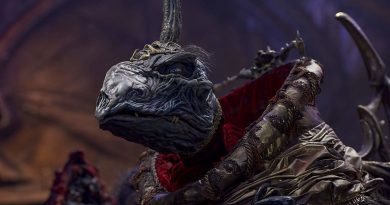 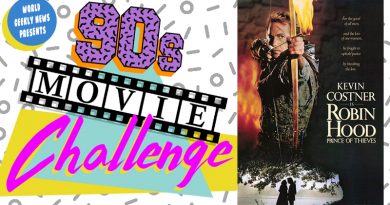