Welcome to the weekly TV news round-up, where we go into the latest TV news regarding renewals, cancellations, and pick-ups. This week we have massive news about Amazon’s The Lord of the Rings series, a trailer for Game Of Thrones, and the surprising cancellation of a DC Comics TV series.

US broadcast network has renewed its store-based comedy series Superstore for a fifth season. The series’ cast is led by America Ferrara (the voice of How To Train Your Dragon’s Astrid).

DC series Arrow was renewed for an eight season on US broadcast network The CW. However, it is now revealed that Season 8 will “only” have 10 episodes and will be the final season. There is a good chance Batwoman will take Arrow’s spot in the second half of the 2019-2020 broadcast season.

Playing Oliver Queen has been the greatest professional experience of my life… but you can’t be a vigilante forever.

Arrow will return for a final run of 10 episodes this Fall.

There’s so much to say… for now I just want to say thank you.

HBO has cancelled the now ironically named Crashing. Pete Holmes starred as an aspiring stand-up comedian in this auto-biographical comedy series, which comes to an end after three seasons.

The Paul Reiser and Helen Hunt comedy series Mad About You has been revived by US on demand platform Spectrum, which already has the Bad Boys TV spin-off L.A.’s Finest in production. The comedy about a married couple in New York City aired for seven seasons between 1992 and 1999 on NBC. The series also is set in the same universe as other comedies Friends, Seinfeld, and The Dick Van Dyke Show. The new Season 8 on Spectrum will have twelve episodes.

It currently may be all about Marvel’s Captain Marvel when it comes to Brie Larson, but there is more news. Larson will executive produce and star in Apple’s upcoming streaming service’s adaption of Amyrillis Fox’s memoir Life Undercover: Coming of Age in the CIA. The series will follow a young woman and her career in the CIA. No release date for the series, or Apple’s streaming service, is currently known.

Dick Wolf’s latest addition to the Law & Order franchise has been indefinitely delayed. Law & Order: Hate Crimes was already ordered to series by NBC, but pre-production apparently hit a bump. The series based on the real-life New York City Hate Crimes Task Force is said to want to have the time to get it right.

Netflix has acquired the rights to adapt Gabriel García Márquez’s 1967 novel One Hundred Years of Solitude, with the intent on adapting it in its original language of Spanish and filmed in Colombia. The story follows seven generations of the Buendía Family in the town of Macondo, who they founded.

Last week we reported that Riverdale and Beverly Hills, 90210 star Luke Perry suffered a severe stroke. Since then it has been reported by TMZ that he has died at the age of 52. Riverdale shut down production for some time and this week’s episode and every upcoming episode of Season 3 will be dedicated to Perry.

Going through pictures on my way to set. From the early days. With Luke in the middle. Our heart, always. Tonight’s episode of #Riverdale finds Fred doing what he does best–helping Archie. It is dedicated to Luke, as all episodes will be for the rest of our run. 💔❤️🏆 pic.twitter.com/Nx8iCFBoMe

Amazon Prime Video has been posting a map and updates for it of J.R.R. Tolkien’s Middle-earth over the last weeks. This in anticipation for their upcoming TV series based on Tolkien’s magnum opus The Lord of the Rings and related works. This week we got the most shocking update to date. A new map update that includes the fabled island Númenor. This is basically Tolkien’s version of Atlantis and the origin of The Lord of the Rings lands like Gondor and characters like Aragorn. Next to the revelation there was also names used on the map that indicated at a Second Age setting, like Orodruin instead of Mount Doom and Imladris instead of Rivendel. The Second Age in Tolkien’s works is the period in which Sauron first rose to power and which ended with that great battle seen in The Lord of the Rings: The Fellowship of the Ring’s prologue. More on this as we hear it!

According to The Information upcoming streaming service Disney+ will be tested first in the Netherlands before a (flawless) rollout in the US and the rest of the world. The Dutch were also one of the first to get Netflix outside the US. Disney is said to want to test the service technically before entering the very competitive American streaming market. The Dutch internet infrastructure is ideal for such testing as they have really fast internet.

Disney CEO Bob Iger also confirmed at a shareholder meeting that Disney+ will have all Disney productions. Movies will no longer be locked away in the “Disney Vault” before being released again. New movies will be on the service within a year, with Marvel’s Captain Marvel being given as an example.

US streaming service Hulu has released a trailer for its anthology drama series The Act, starring Patricia Arquette (Boyhood) and Joey King (Independence Day: Resurgence) as a mother and daughter with a toxic relationship. Season 1 premieres Wednesday, March 20.

We finally got a full trailer for HBO’s fantasy epic Game of Thrones! The eight and final season is set to premiere on Sunday, April 14.

US cable channel Freeform has released a teaser for Motherland: Fort Salem. A fantasy series in which witches in America have agreed to fight in the US military to avoid prosecution. No release date has yet been given.

A new trailer has been released for Amazon Prime Video and BBC’s adaption of Neil Gaiman and the late Terry Pratchet’s novel Good Omens. The series starts on Friday, May 31.

Netflix has released a trailer for their 3D anime series Ultraman. The series premieres on Monday, April 1.

YouTube Premium has released a teaser trailer for their Original Series and The Karate Kid sequel Cobra Kai Season 2! The new season is released on Wednesday, April 24.

Cable channel BBC America has released a new trailer for their hit series Killing Eve’s second season. It will premiere on Sunday, April 7. 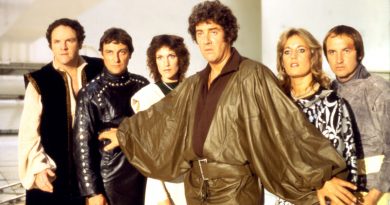 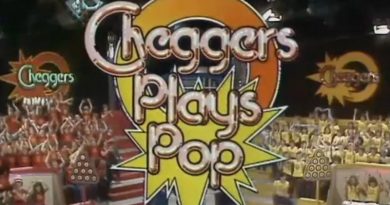