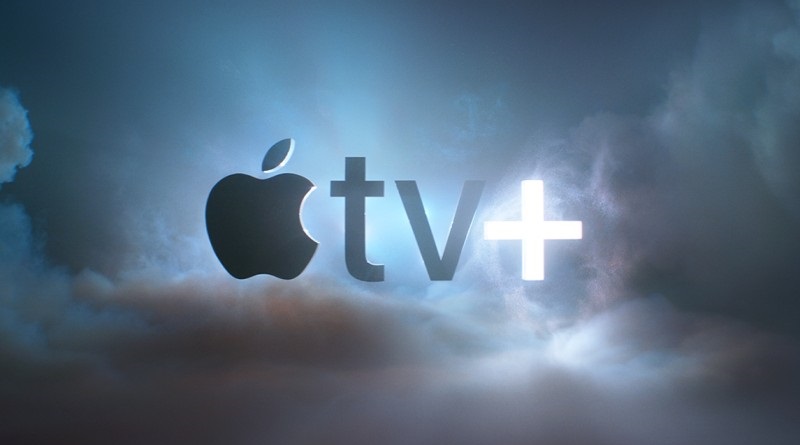 On a press event on Monday, Apple has announced its streaming service Apple TV+. The service will launch somewhere in the Autumn of 2019 in 100 countries and use an app on the newest version of Apple TV (launched in May), Mac computers, Roku Streaming Player, and Amazon Fire TV. No price for the subscription has been announced yet, but the service will be ad-free. You will also be able to add Apple TV Channels atop of your Apple TV+ subscription. Channels will be additional subscriptions from services like HBO, Starz, and Showtime. Although we can wonder if that will be the case internationally. A host of original programming is coming to this new streaming service. Let’s have a look!

Reese Witherspoon (Legally Blonde), Steve Carrell (The Office (US) and Jennifer Aniston (Friends) star as cast members of an American morning TV show. In the announcement, the series is said to tackle the dynamics between men and women in TV.

Jason Momoa (Aquaman) and Alfre Woodard (Marvel’s Luke Cage) star in this dystopian sci-fi series from Steven Knight (Peaky Blinders), in which hundreds of years ago a pandemic decimated humanity and left the survivors blind.

Coming from Sesame Workshop (Sesame Street) this educational show will have kids meet Cody, a monster that loves to help people with their problems. The series wants to make people more helpful to each other and teach kids the basics of coding.

An Oprah Winfrey (A Wrinkle in Time) production about the effects of sexual harassment in the workplace.

Oprah will also have another series about the impact and effects of mental health, trauma, stress, and loss on people.

A documentary series we know little about.

From Kumail Nanjiani and Emily V. Gordon (The Big Sick) comes a half-hour anthology drama based on the real-life everyday lives of immigrants, as published in Epic Magazine. Every episode will have a different genre.

A 10-episode half-hour romantic musical and comedic drama about finding your voice and doubling as a love letter to the musicality of New York City. The series gets its name from a Sara Bareilles album, who is involved together with Jessie Nelson (Fred Clause) and J.J. Abrams (Star Wars Episode IX).

Stephen Spielberg revives his fantasy, horror, and science fiction anthology series, which aired for two seasons on NBC between 1985 and 1987. That series licensed the name from the 1926 launched sci-fi magazine by Hugo Gernsback. The 1987 movie Batteries Not Included was originally intended as an episode, but Spielberg lifted it up to a theatrical movie.

A coming-of-age story centred around the Muslim teenager Hala as her family is unravelling. Starring Geraldine Viswanathan (Blockers) and Gabriel Luna (Marvel’s Agents of S.H.I.E.L.D.), among others.

A 10-episode mystery drama inspired by the real-life story of 11-year-old Hilde Lysiak. The series tells the story of a young girl (Brooklynn Prince) who moves from Brooklyn in New York City to a small lakeside town with her father (Jim Sturgess). When she uncovers a long-buried cold case she starts digging.

Calls is a 10-episode French-American short-form series created by Timothée Hochet, adapting Hochet’s original French version to English. The series will be quite experimental, with the short stories being told using real-life audio sources and minimal visuals.

An animated musical comedy about a family of caretakers of New York City’s Central Park who end up saving the park and the world. Kirsten Bell (Frozen), Stanley Tucci (The Hunger Games), and Josh Gad (Beauty and the Beast (2017)), among others, lend their voice talents. Gad also writes together with Loren Bouchard (Bob’s Burgers). The series will have an initial run of two 13-episode seasons.

Chris Evans (Avengers: Endgame) and Michelle Dockery (Downton Abbey) star in this limited legal drama series from Mark Bomback (The Umbrella Academy), based on William Landay 2012 novel of the same name. A lawyer has to reevaluate what he knows about his son when the 14-year-old is accused of murder.

My Glory Was I has Such Friends

Another series with executive producer J.J. Abrams (Fringe) attached. Jennifer Garner (Alias) plays a woman who is waiting on a last-minute heart transplant, with her close friends supporting her. Karen Croner (Admission) adapts the memoir of Amy Silverstein to TV.

TV adaption of Min Jin Lee’s 2017 novel about a Korean family in the late 19th century who immigrate to Japan. The story features a large cast of characters that have to deal with stereotypes and racism, as well as certain 20th-century events between Japan and Korea.

Charles M. Schulz’s Snoopy and the gang will get new animated adventures on Apple TV+.

Sports drama from Reggie Rock (Shots Fired), inspired by the life of basketball player Kevin Durant, about the trials and tribulations of the people in Amateur Athletic Union (AAU) basketball.

Based upon the 1981 Terry Gilliam fantasy movie, who will executive produce, comes a TV remake by Taika Waititi (What We Do in the Shadows, Thor: Ragnarok). The story follows a young boy who is into history and is taken on a journey through time by treasure-seeking dwarves.

Brie Larson (Captain Marvel) will star in and executive produce an adaption of Amaryllis Fox’s memoir Undercover: Coming of Age in the CIA. It will follow a young woman as she makes a career for herself in the CIA.

Oscar winner Damine Chazella will write and direct every episode of this series. And that is about all we know right now.

This is what we currently know about Apple TV+. More is sure to come, so for more news keep up with our weekly TV News Round-up! 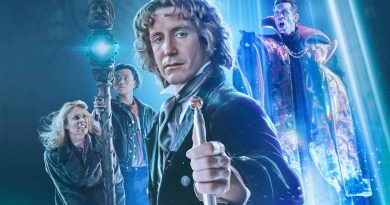 Syncing your New Years Countdown with The 8th Doctor and Doctor Who: The Movie

One thought on “The TV series coming to Apple TV+”