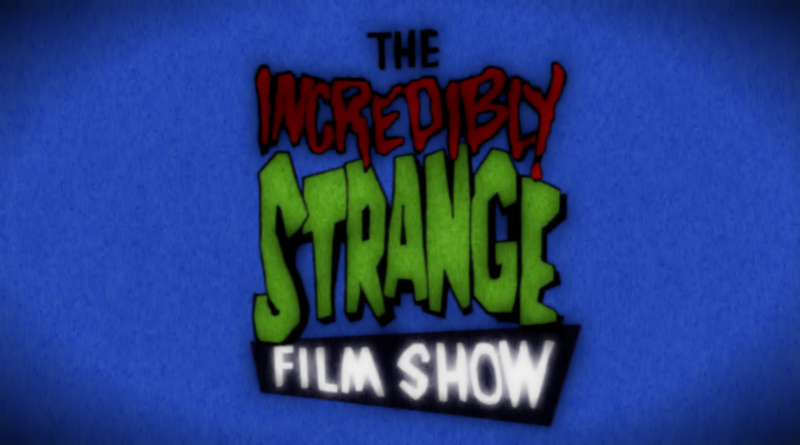 Before Jonathan Ross became the focal point for middle-class English newspapers to vent their frustration on due to an incident with a telephone and Andres Sachs and before he was the respected face of Film (which has become unwatchable and then it got cancelled. Thanks BBC) Mr Ross indulged his hobby for all things geeky by being the frontman for a channel 4 show called… The Incredibly Strange Film Show.

Produced during the late 80s the show was a place where Ross could indulge in his obscure film tastes and in doing so allowed us the viewers to experience films, directors and genres we had never seen before.

It Was A Different Time

Remembering that the show was created during the latter part of the 80s where members of the general cinema going audience had no access to YouTube or the web in general for that matter Ross, through a lot of research and a bucket load of passion and enthusiasm managed to bring to the screen obscure films, directors, actors and behind the scenes footage of ‘incredibly strange films’. While that title now holds little value the way that the show was presented opened up cinematic doors to the general viewing public in the UK who at the time were only just being treated to multiplex cinemas and were comfy watching blockbusters on VHS.

What Ross did was take this quite naïve audience across a global journey into films, or more specifically films and genres you had never heard of.  From the more renowned producer-directors of the US such as Russ Myers, John Walters and Sam Raimi (well before Spider-Man) to the more obscure likes of Stuart Gordon and George A. Romero Ross took us through the lower shelves of the local video shop, tracking down and highlighting the actors, behind the scenes guys and the directors themselves to give candid interviews about their work. From chatting with the wacky ‘actress’ Divine to nattering about special effects with Tom Savini about zombies the show was a highlight reel for the obscure and fascinating – all cut together with clips of the movies and delivered with passion.

While some people may well have picked up the odd Jackie Chan video without knowing who he was off the back of the wave of Bruce Lee movies,  Evil Dead, Pink Flamingos or even Ultra Vixens from the video shop (the last one I guess in a brown paper bag) these examples were just the tip of the obscure ice-berg. For every film that you might have seen heard of or browsed there were a dozen that you had not and it gave a fantastic opportunity for film fans to explore entirely new genres. For example Ross fascination with South American and Mexican wrestling became the focus of one episode where he got to talk to the directors and stars of the Lucha Libra films which starred characters like Santo who fought in the ring as a daytime job and then went onto be an international super-spy during the evenings and weekend. 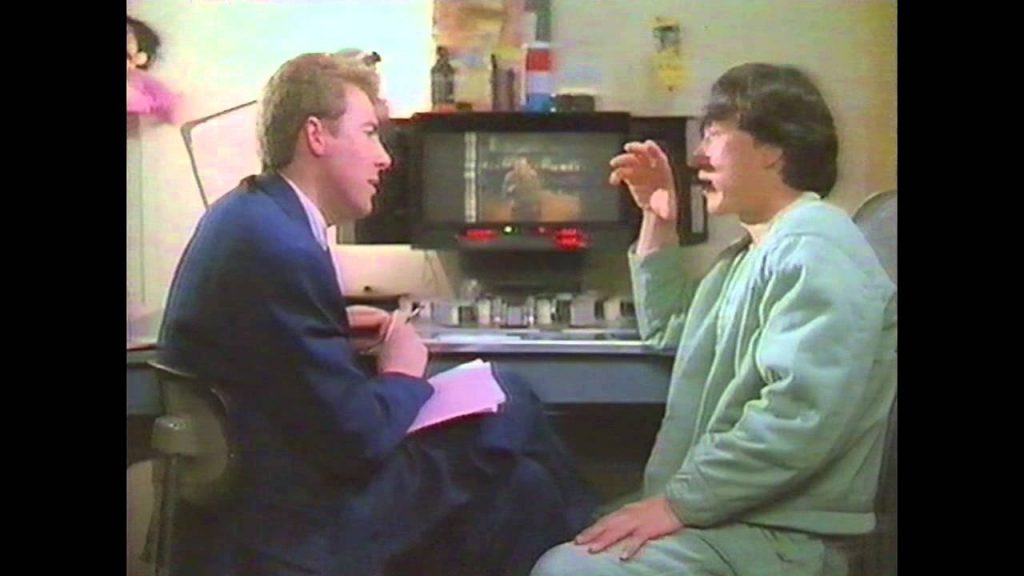 These characters were fantastic and were probably the first time that these types of films had made it to a mainstream British audience. While Alex Cox was doing something similar with Moviedrome on BBC2 Ross take on the wild and imagination filled movies from around the globe focused more on the geeky, bizarre and ‘out-there’ – this was, for example, the first time a lot of people had seen Chinese and Asian cinema in the mainstream with directors such as Tsui Hark being the focus of one show.

This was for a lot of people, myself included the first time seeing the fantastic films coming out of Studios such as Golden Harvest which up until that point was only known for releasing Bruce Lee films – the show allowed Ross to explore the strange and extraordinary fantastical films the studio produced that delved into Chinese folklore and gave us films such as The Legend of Zu or Mister Vampire all of which showcased a whole new avenue of ‘geeky’ films to explore.

However, not only the show was superb but Channel 4 in their wisdom also took the opportunity to show some of the films discussed straight after. So after Ross enthusiastic chat with Tsui Hark for example about folklore, Yokai and the weirdness of Chinese ghosts you could then sit back and watch A Chinese Ghost Story or after a chat with Sam Raimi about ‘shaky cams’ then to see it in action in Evil Dead 2 or Brian Yuzna about HP Lovecraft to settle in and watch Re-Animator all of which were the first time they had been shown on television and to a mainstream audience.

While these shows have never been released on DVD they are freely available to ‘catch-up’ via YouTube and get a spectacular insight to some of the best films you have never seen. While its quite funny to see a young Jonathan Ross sporting a horrific pink suit and quiff pottering around Hong Kong the actual quality of interviews, guests and detail about the movies highlighted is superb and really are how a ‘film’ show should be – a heady mix of the people involved, the film itself and of course the social context the film was released in.

So if you like controversy, obscure cinema, and a good solid detailed analysis of the subject matter at hand it’s certainly worth tracking the episodes down.