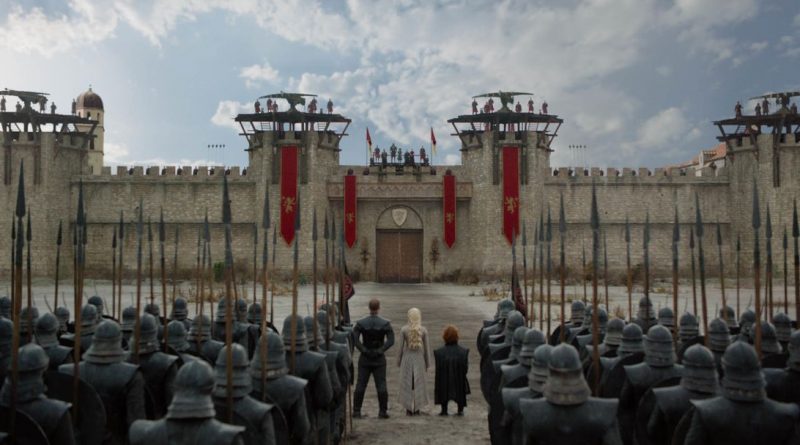 Game of Thrones is the name of the show, and the Game of Thrones is the main plot. With two episodes remaining, it seems we’re going to havecram in all the conspiracies, subterfuge and back-stabbing we can. The fourth episode ‘The Last of the Starks’ gives us the transition between the first part of the season and the final part of the season. There’s also another indication that this final season may have benefited from being two seasons.

Farewell to the North

The Last of the Starks begins at Winterfell, where the fallen are remembered and burnt. There are a series of farewells between characters that have only just reunited three episodes before, which feel firmly final. 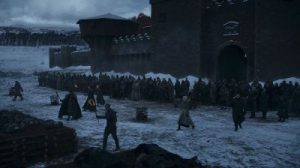 Tormund Giantsbane and Jon share a goodbye, as well as Sam, who reveals that he’s going to be a father. But the saddest farewell is between Jon and Ghost. Well, it would have been sad, if they’d have had much of a relationship through the series.

Dany wants to go after the Throne straight away.  She doesn’t want to wait no she knows Jon’s true parentage and refuses to let the Northerners rest after the battle. Jon assures her that she is his Queen, and insists on telling Arya and Sansa. Dany is falling victim to the green-eyed monster after seeing how Jon is revered by the Wildlings. She is now seemingly isolated and afraid of losing her claim, and through this, she is becoming more war hungry. Orders are barked to an ever-increasing uncomfortable circle of advisors, and mistakes are made. Jon appears to be becoming the People’s King and this scares Dany. 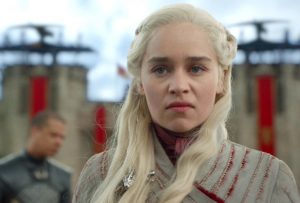 But, leaving the North is only part of the episode. Dany returns to Dragonstone to be welcomed home by Euron Greyjoy and his ship mounted crossbows. She is then persuaded to request Cersei’s surrender as Cersei brings in thousands of subjects to act as human shields.
The episode is another feature-length episode devoted to pushing the characters towards the finale. A rift between Dany and Jon has appeared and the truth about Jon’s parentage is now spreading. These are also entering into the minds of Dany’s advisors and her earlier scene of isolation appears to be coming to fruition as Varys has already changed his allegiance to Jon.

Despite a slower pace than ‘The Long Night’, the lack of episodes means the story now seems rushed. We have now started ramping up as Dany says “We have won the Great War, now we will win the Last War” (Calling it, the next or final episode will be titled The Last War). But I would argue that there has been enough meat in these episodes to fill another two seasons. I felt fairly unsatisfied with last week’s episode, despite feeling the episode’s production was extremely well done, if not a little dark. 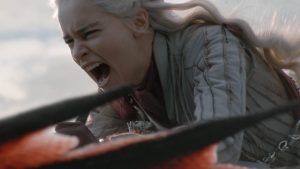 The Last of the Starks is a prime example of how they have used the extended runtime to try and fill in the gaps between episodes. These episodes are pushing the story forward to leave the next episode open for the action. It’s we get a rushed end to the love triangle between Brienne, Jaime and Tormund (which in my opinion was the wrong end). Jon’s secret is spreading faster than Wildfire in Blackwater. We get a nice reunion between Tyrion, Jaime and Bronn, where Bronn extorts Highgarden in exchange for their lives. I feel Bronn may end up winning it all!

Overall Last of the Starks is basically a further set up episode pushing us to the point of the final battle. A line suggests that the Battle with the Night King has balanced the odds, which I find wholly annoying seeing as Daenerys has lost more battles than won. The biggest moments in this episode both happened within minutes of each other and yet both didn’t yield the correct reaction from me. As stated last week, it feels as though the teeth have been pulled from the show, so that even when they do kill a character, it seems hollow and pointless. It feels rushed, but these last four episodes have been extremely well made (Starbucks cups aside), and if given longer run they may not have been. 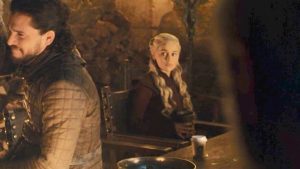 Varys’ shifting allegiance from Dany to Jon, and confiding in Tyrion, the Queen’s Hand, was interesting; yet again it feels like it’s a quick turn. But by throwing this in to the series at this point clearly has some rewards to come. Has Cersei already won the Final War as the allied Targaryen and North implode? Who is the last of the Starks? As Jon takes a different road to King’s Landing, could he be heading for the same fate as Ned? Luckily there is The Hound and Arya who are on their way to the capital; will they be able to assist Jon if he finds his closest ally an enemy? By the end of this episode, everyone who needs to has left Winterfell. By the next episode, they will be in place for The Final Battle.

Thanks for reading. If you want to comment, do so below, or tweet me @MovieUltimate. There are more articles on the website including Forgotten Comic Book Movies part 1. 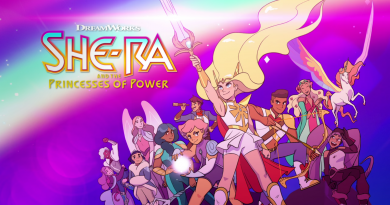 She Ra & The Princesses of Power Review 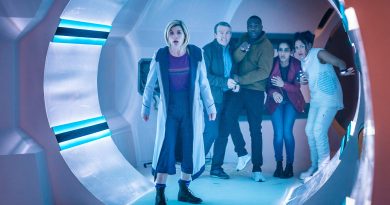 Doctor Who – The Tsuranga Conundrum – Review