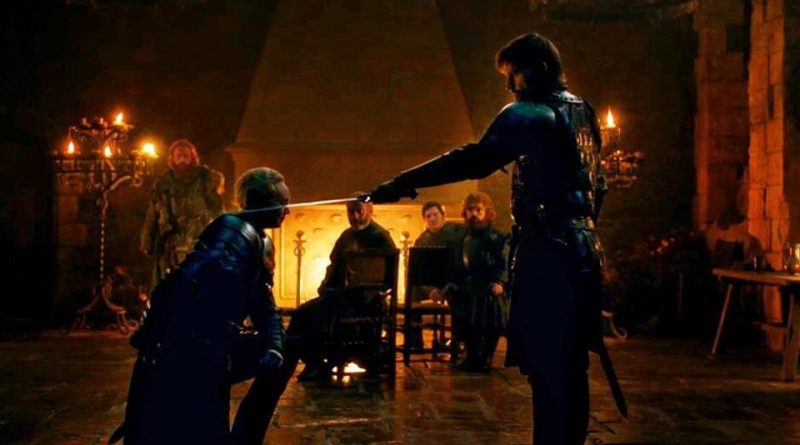 The second episode to the last season of Game of Thrones carefully reminded us who our favourite characters were. A Knight of the Seven Kingdoms was at its core a swan song for the character YOU love the most. That is to say at this point everyone in Winterfell has a target on them. Jon, Daenerys, Tyrion, Jaime, Sansa, Arya, Bran, Brienne, Podrick, Hound, Samwell, Davos, Theon, Gilly, Jorah, Gendry and Tormund (Did I miss anyone?) Are all on equal footing preparing for the final battle with the dead. But as it stands, there are only 4 episodes left, so someone’s going to die!

The episode was all about the emotional build up. There are only 6 episodes in this final season and as such the episodes need to be broken down into beat points. The first episode was a recap meant to ease the audience back into the world. You can read that review here! This episode is meant to push character development further on and make us feel for those characters that will die in the third ‘Action-filled’ episode. But what did it do? 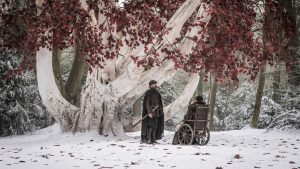 A number of ‘pre-battle’ rituals were shown, with groups forming along the ramparts, spending time with loved ones, or just simply getting drunk. Arya and Gendry finally get together after a couple of episodes flirting in the foundry. The Hound and Beric sit on the ramparts drinking and waiting for the battle to start. Jon tries to tell his men, and the other main characters to get some rest, and goes out of his way to avoid Daenerys.

But the stand-out for this episode is the gathering in the great hall. Tyrion, Jaime, Tormund, Davos, Brienne and Podrick meet together to drink wine and talk of the coming attack. Here we get the biggest hint at who will not be making it to episode 4. Brienne discusses how she cannot be a knight as she’s a woman. Tormund, who appears to be Brienne’s biggest supporter, tells how he suckled on a giant’s milk to become big and strong. Jaime shows his appreciation for Brienne a couple of times in the episode. Once by pledging to fight for her at the battlements, and another time when he makes her Ser Brienne the titular Knight of the Seven Kingdoms. 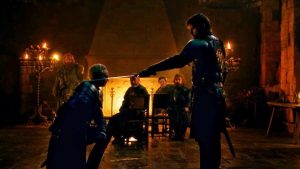 It’s a great scene and as the music swells, we realise that the six people in that room are more likely to not make it through the battle. Podrick does his best ‘Pippin’ impression by singing the ominous “Jenny’s Song” written by George R.R. Martin and covered by Florence and the Machine in the credits. The song acts as a way of bringing the scene back to the looming battle.

This week’s biggest arc and final moments are given to the conversation between Jon and Dany. She finds him at the tomb of Lyanna Stark and asks who she was. He tells her, and in a show of affection, she apologises for her elder brother’s actions. Jon tells her the truth, and she quickly changes, asking for proof, and stating that Jon is the last male heir of House Targaryen. Dany’s first thoughts are for the throne, but the audience’s first thoughts are that both their names are Targaryen! At least she’s consistently driven to take the throne!

Unfortunately, and as with last week’s episodes issues, it seems the pacing is affecting one of the biggest storylines of the whole show. Jon was quickly told who he was at the end of last week’s episode, and then throughout the runtime of this episode, he ignores Dany. He ultimately tells her, but the reveal doesn’t seem to have been given air to breathe. 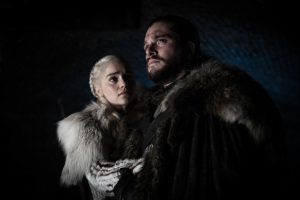 It appears Jon and Dany are now a threat to each other. With Dany trying to get Sansa on side, she tells how her sight is on the Iron Throne after the battle, and now a new obstacle has been thrust into place. Dany has always been single-minded regarding taking back the kingdom. But now it could be that she needs to make a decision. 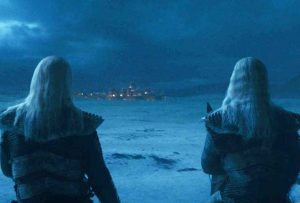 In last week’s episode, she suggested to Jon that they fly away, being the only time she’s talked of something other than the throne. Could she step aside for Jon? Or are we to believe that they could rule together? Is this all moot as they’ll all serve the Night King soon enough? Is hiding in the tombs a silly idea as the Dead Rise?

Only time will tell. But if you have thoughts or theories, please let us know in the comments. 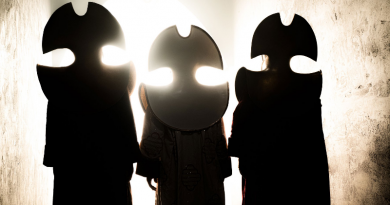 Doctor Who: The Timeless Child (A History of Change)