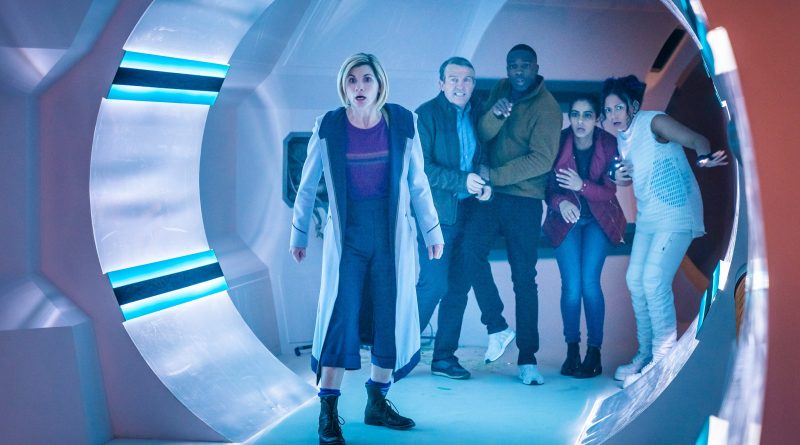 Doctor Who’s fifth episode, the Tsuranga Conundrum successfully splits audiences down the middle. But after the last four episodes, I think it’s earnt a breather. With a less than impressive beast, and an abrupt ending that leaves our characters miles away from the TARDIS… Again, it felt as though there needed a final draft.

Monster of the Week

We find the TARDIS Fam, (Short for Family?) routing around a junkyard planet for something that isn’t mentioned. There’s a sonic mine and they all wake up on the Tsuranga, a space Red Cross ship. The TARDIS is again lost, and despite having a slight meltdown, The Doctor quickly decides it is safe. Yes, she has no way of getting to the planet and there is a crisis on board, but still I’d like some consistency. She wasn’t worried about the Space Racist in Rosa getting in, why worry now?

A clear ‘Bottle episode’ it has one setting, to reduce cost, perhaps to fund those amazing spiders from last week. The main threat is from the Pting, a space monster that can eat anything, can’t be killed and has toxic skin. That sounds scary until you realise it’s just a space Koala that looks like Disney’s Stitch But the look of the creature is sure to be pleasing for the kids in the audience; they don’t always have to be grotesque monsters. It reminded me of the Adipose, the cute little creatures made from people’s fat. It’s not great, but at least it’s not the Slitheen!

We get some nice humour this week from Graham and Ryan as they are thrust into space midwifery. They have to help Yoss Inkle (Jack Shalloo) as he prepares to give birth to his baby. Graham states that he has watched all episodes of Call the Midwife to Ryan’s look of disgust, but he always turned away from the gory parts. There are other characters travelling on the space hospital, including General Eve Cicero (Suzanne Parker) her engineer brother (Ben Bailey Smith) and an android butler with a slight Data-ish quality. 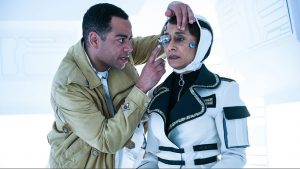 The extra characters have a little backstory, with resolutions coming thick and fast before the end credits. The Brother/Sister relationship was mended at the same time as Inkle’s decision to give fatherhood ‘a try’. It’s all nicely tied up, and then it finishes and we assume the TARDIS is still safe back on the garbage planet.
Again we see Graham and Ryan’s relationship develop but not reach granddad moment when Ryan turned down Graham’s fist bump. I still firmly believe they’re building this relationship for a bittersweet end. But time will tell.

I did enjoy the episode; I felt Jodie Whittaker has finally had an episode for her to shine. I’m not saying she’s been bad, but the past few episodes have pushed the Doctor to the back, allowing the other characters to develop. But it’s nice to see The Doctor take centre stage this time. But, what seemed to be going so well then halted at the halfway point when it becomes a science lesson about the CERN Hadron Collider. 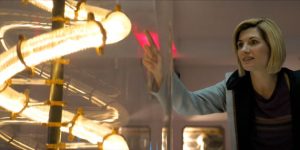 I think it was interesting, but I felt the writing was a little bit clunky. It seemed as though when writing the episode the Wikipedia explanation of the antimatter drive was copied and pasted, yet not updated before filming. Not bad, just clunky dialogue that could’ve used a little more work.

The resolution to our Conundrum was to feed an explosive device to the Pting sending it on its way. The Doctor asked for a Random number from Yaz, who says 51. In classic Doctor Style, she was able to list off different information about said number. I didn’t realise 51 was as interesting as 1729!

This episode had the elements for being an interesting episode. But with a less than interesting alien, and writing that could have used a little touch up it wasn’t the best. I’m also finding it hard to get enthusiastic about the stand alone episode element. It felt rushed toward the end wrapping up the stories quickly and cleanly. I’m slightly longing for Moffat’s dangling story threads… slightly!

I am hoping they bring up the Timeless Child again just so that we have something to aim for. Again it wasn’t a bad episode, but I feel it could have been so much better.

You can view last week’s Doctor Who review for the episode Arachnids in the UK. Follow this link for more articles and if you want, Subscribe to my YouTube channel where you can listen to this week’s MAaD Movie Podcast. 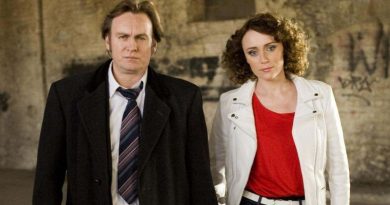 One thought on “Doctor Who – The Tsuranga Conundrum – Review”