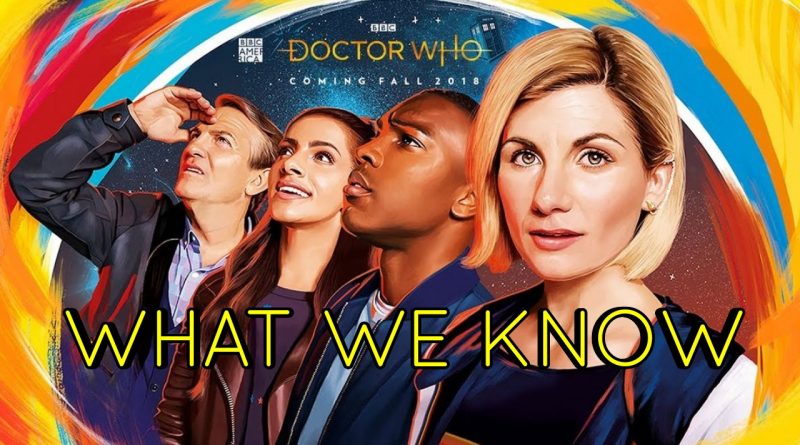 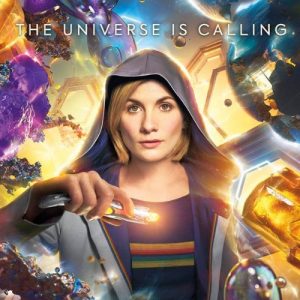 Doctor Who series 11 is coming to our screens this Autumn. But what do we know about the new series?

Jodie Whittaker is the first female actor to portray the Doctor. This completes the ideas set out by previous writers since the show’s return in 2005.

Chris Chibnall is the new showrunner taking over from Steven Moffatt, who took over from Russell T Davies in 2010.

For a 55-year-old television show, it’s remarkable what surprises it can hold. But what do we know about the incoming series?

Every Planet has a North!

Jodie Whittaker is from Northern Yorkshire, and as such has a Yorkshire accent. For the first time since Christopher Eccleston (well, Matt Smith in the season 7 episode ‘The Crimson Horror’) the Doctor will once again be from the North, because as we all know, “Every Planet has. A North”.

Following on from Peter Capaldi’s broad (well, broad for my English ears ) accent. Tennant’s Mockney accent that he can’t seem to shake. As well as Smith’s Estuary English, it will be good to hear a Northern Doctor again.

Along with the Yorkshire accent, it appears that the new home base will be that of the Companions hometown of Sheffield. Which is again a nice change from the London-centric approach of the first few series of New-Who. 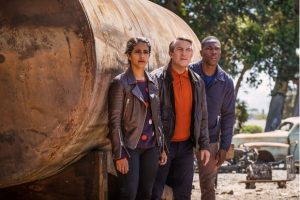 Images of the new companions were released a while ago. But rumours from newspapers were confirmed as Bradley Walsh was to become part of the TARDIS crew.

He plays Graham and from the looks of the trailer, The Doctor thinks he should be reading the Beano. Which most of you Whovians will recognise as the same issue read by Matt Smith’s Doctor in the 2013 episode The Rings of Akhaten.

Walsh has appeared within the Doctor Who Extended Universe (DWEU anyone?) As he portrayed Odd Bob the Clown and the alter ego the Pied Piper in the Sarah Jane Adventures.

Joining Whittaker and Walsh are Tosin Cole and Mandip Gill playing Ryan and Yasmin. Sharon D Clark is also joining the show in a ‘returning role’. 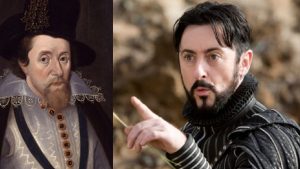 It’s good to see the series going down the route of having more than one person in the TARDIS.
Guest stars will include Shaun Dooley who worked with Whittaker and Chibnall in the series Broadchurch. Comedian Lee Mack has a small role in the series after persuading Chibnall for the part.

Doctor Who & The TARDIS

With every incarnation of the Doctor there comes a new TARDIS design, well, not Tennant’s TARDIS, he inherited that from Eccleston. But when Stephen Moffatt took over there was a new TARDIS every other week. 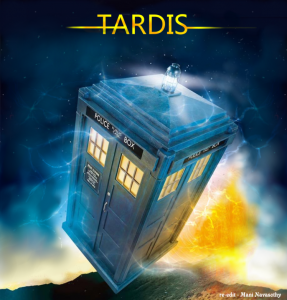 Showrunners love to do one thing during a regeneration and that is trash the TARDIS. But we have already seen a glimpse of the TARDIS exterior in the costume reveal for Whittaker’s 13th Doctor.

A new look TARDIS including a new design lamp, new lighter colour windows, a darker blue, akin to that of Eccleston and Tennant.

The most noticeable change, however, is the new black sign, which is a nice throwback to the Third through to the eighth Doctors TARDIS. There are other differences such as the handle has dropped beneath the lock and some slight alterations to the panelling.

The TARDIS looks pretty good hopefully the inside will look as good.

The Doctor’s Wardrobe is Bigger on the Inside! 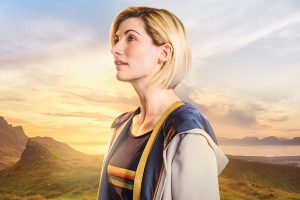 Now I’m not a fashionista so this section will be quite basic. I don’t my Versace from my Louis Vuitton but I know my 6th Doctor’s technicolour dream coat to my 11th Doctors Bow Tie collection.

The thirteenth Doctor is sporting deep blue trousers and socks, light brown braces and a black shirt with yellow, green and red stripes. There’s a large grey/blue coat with the same stripes as the shirt.

But we all know this outfit won’t be coming until near the end of the first episode of series 11, as the new incarnation usually spends the majority of the episode in the raggedy remains of the previous, or in Twelves case, the clothes of a poor homeless man! 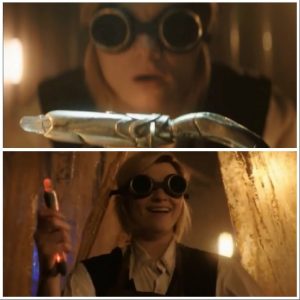 An image of The 13th Doctor holding a new Sonic Screwdriver was released. Created by designer Arwel Jones, the design seems to have gone in a completely different direction.

Being cracked silver with a curved handle and new orange crystalline tip. It looks very sci-fi as though it has been grown on another world rather than built.

Yes, I will be buying this screwdriver… 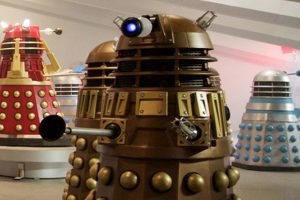 He also said that with two weeks left of filming that the Daleks hadn’t been seen yet. This could mean that they won’t feature in an episode. However, it would be surprising if the Daleks didn’t appear, as they are the most iconic antagonist the Doctor has faced.

Hopefully, with the new showrunner and new writers, we will get a fresher look Who with new interesting and scary monsters.

Everything… Including the Kitchen Sink!

The episode list hasn’t been released at the time of writing, but an episode count of 10 episodes, with the usual Christmas episode taking place, at, well, Christmas! 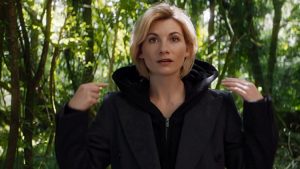 As of writing the list of writers and directors who will join Chris Chibnall has dropped. Malorie Blackman (Pig Heart Boy), Ed Hime (Skins), Pete McTighe (EastEnders, Wentworth Prison), Vinay Patel (Murdered by My Father), and Joy Wilkinson (The Life and Adventures of Nick Nickleby, Doctors) re the five new writers who will join Chibnall in growing the 13th Doctor’s universe.

Along with them, we have news on new directors for the show. Sallie Aprahamian (EastEnders, The Dumping Ground), Jamie Childs (any relation Paul?).

Childs directed Whittaker’s video reveal as The Doctor and is working on the BBC’s upcoming His Dark Materials TV series. Jennifer Perrott (Doctors, Home and Away), and Mark Tonderai (Black Lightning, Gotham). 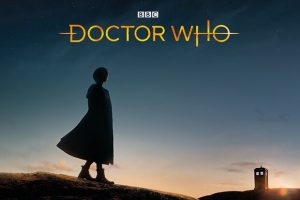 Chibnall announced at San Diego Comic-Con that the series will have a more standalone feel with each episode mostly being self-contained.

So that’s everything I know about the new series of Doctor Who. There may be more, there may be less (I think) but there’s a lot to sink your teeth into.

I’m looking forward to this series of Doctor Who, it’s been a while since I got excited about it as I felt Capaldi had been wasted in the role.

Are you looking forward to the new series?

Let me know what you think in the comments and be sure to check out all the other articles on the World Geekly News and you can follow me on YouTube and Facebook at The Ultimate Movie Geek.