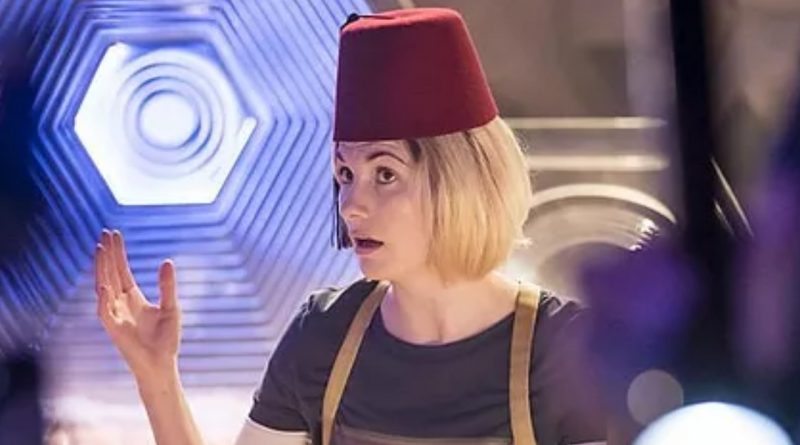 Kerblam! Is the name of the seventh episode of Doctor Who. Corporate conspiracies and industrial automation are at the heart of this episode, along with the ever-growing fight against single-use plastics. 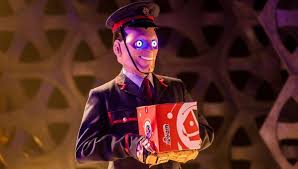 The Doctor receives a package, and to mine and my son’s delight, it was a fez. Fez’s are cool after all. Delivered by an automated Postman called the Kerblam Man, there are echoes of many earlier Who episodes here. We have the Host’s from Voyage of the Damned, the Smilers from The Beast Below and even a slight reference to Bad Wolf. The robot also has a striking resemblance to the Conductor robot from Sylvester McCoy’s The Greatest Show in the Galaxy. 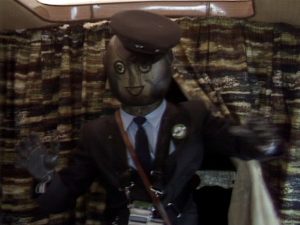 The Doctor’s Spider-senses (too soon) are pricked up by a distress call printed onto the delivery note that simply says ‘Help Me’. Who or what sent the message is not initially show, and The Doctor and the TARDIS Crew decide to sign up as part of Kerblam’s workforce.

They meet Judy Maddox played by Julie Hesmondhalgh (aka Hayley from Coronation Street) who is Kerblam’s HR Manager. She states they are the biggest employer of a human workforce in the galaxy, as everything else is becoming automated. We’re shown how bigger companies become more of a heartless machine the bigger they become when she says she can’t keep track of everyone. This is hit home when the largely wasted Lee Mack is introduced only to be quickly dispatched by a malevolent Kerblam Man! Ha, dispatched, I’m so witty! 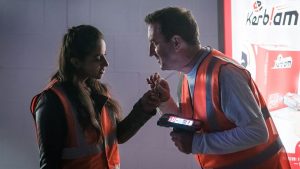 Team TARDIS are split up as part of their work assignments, based here on age, and fitness levels, we see Ryan and Yaz assigned to the conveyor belt, The Doctor to the storehouse and poor old Graham to caretaking! The Doctor and Yaz swap jobs so the Doctor can snoop around where the message came from.

Graham meets Charlie who as the unseen maintenance man and cleaner goes un-noticed throughout the warehouse moon. He is the villain, who is fighting for the human workforce who is losing out to a more productive automated system. I personally thought the threat was coming from a different place, with a kind of Cyberman/Dalek style recycling of the humans to make the robotic workforce. 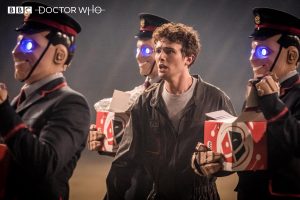 It is an episode that could have slotted into the RTD era of Doctor Who. Having a good beginning and an interesting premise, the episode makes us believe one thing, whilst actually going another way. There’s allegory and satire that blends with the sci-fi story quite well, and there’s deaths, that seems to give the story weight.

I personally would have preferred for the Doctor to continue wearing the fez through the episode only for it to be destroyed. This would continue the theme that the fez the Doctor wants will always be unattainable! 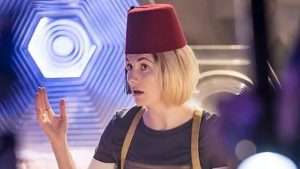 Now, I need to clear something up. A lot of people have been asking why the bubble wrap Ryan popped didn’t explode! The reason, because The Doctor ordered the Fez back when she was Matt Smith! Also, the TARDIS operated with ‘temporal Grace’ which means no weapons work inside the TARDIS. As well as the bubble wrap hadn’t been activated until the end of the episode.

What did you think of this week’s Doctor Who episode? You can check out last week’s episode review here. Let us know in the comments and thanks for reading. 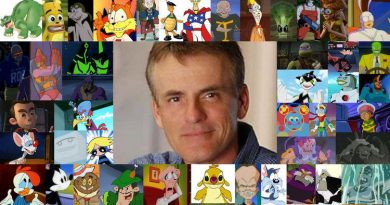 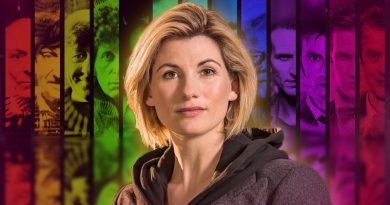