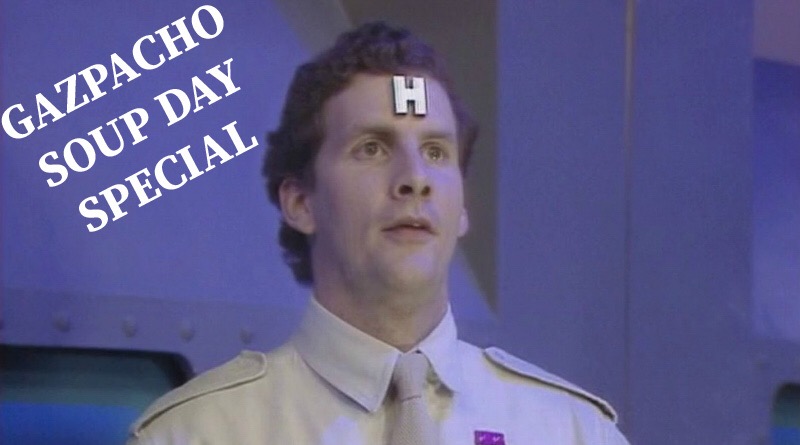 The popular opinion would have us believe that Dave Lister is the hero of Red Dwarf – and in many ways, he might be considered such – but here at WGN Tower we truly believe that Rimmer is very much the heart and indeed soul of The Boys From The Dwarf. To celebrate Gazpacho Soup Day Paul explains why… 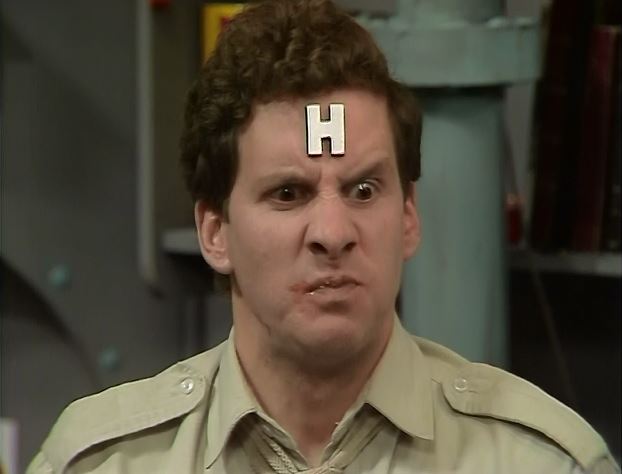 He might be a cowardly, charmless, petty-minded, anally-retentive mess but nobody is perfect – in fact, one could argue that it is just as much our flaws as our virtues which make us human. And Rimmer is oh, so very human (even though he isn’t, not really, anymore). He blames his failings on his upbringing – and who can fault him? With three older brothers who mercilessly bullied him through childhood, a disapproving father who was impossible to please and more interested in climbing the social ladder than passing on his experience and knowledge to his sons, an emotionally detached mother who would rather hump her way through the entire collection of Rimmer uncles than comfort her son and a best friend gaslighting him throughout his school days, he was bound to turn out a little, shall we say, neurotic. 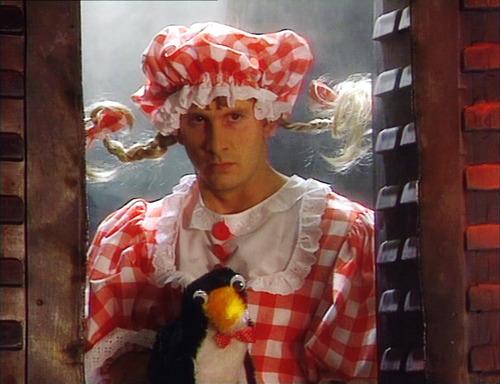 Who defies Cassandra‘s deadly premonition, leaves his dream job on the Holoship to save his beloved Nirvana Crane’s life, volunteers to take on the dying Ace’s mantle in Stoke Me A Clipper and strictly adheres to the rules to prevent an outbreak of a deadly virus in Quarantine (it’s not his fault it was transmitted electronically)? That’s right! Arnold does!

I Write To Inform You That Your Father Is Dad

If Terrorform proves anything, its that his theory that family were always holding him back was correct. When the Red Dwarf crew do actually show him love and appreciation (albeit, dishonestly) he not only saves Starbug but summons up, Aragorn style, a ghostly army of long-dead virtues and drives a horde of demons back into the foul pit from whence they came.

Despite the frequent starvings and stretchings Rimmer Sr. put his son through to ensure his acceptance in the Space Corps, and a deep dislike for the man, Arnold still mourns the passing of his father like the dutiful, caring son who wanted nothing but to please his dad. 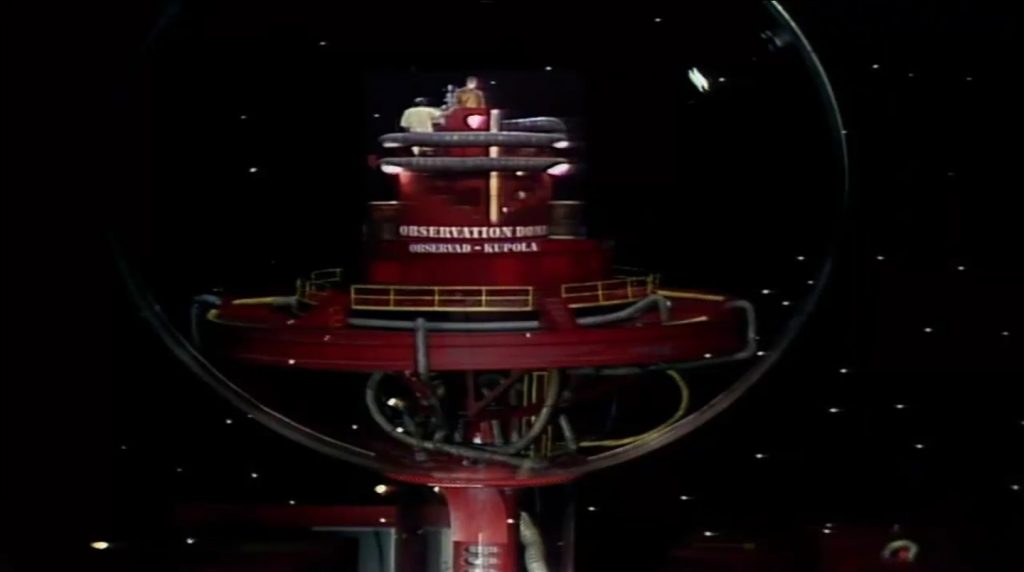 In fact, that’s all Rimmer desires – to be loved. His dream in Thanks For The Memory reminds us that what he really wants is someone to watch over him and when he believes, thanks to Lister’s interference, that he did have a loving, passionate relationship, he almost becomes a different person – kinder, more carefree yet still recognisably Rimmer.

Six Officers And Me! They Called Me Arnold 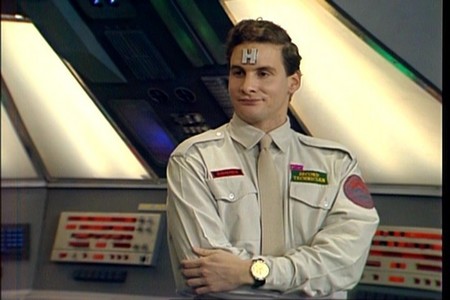 Of course, it’s his own self-loathing (brought on by his mistreatment in his formative years) which in Terrorform physically endangers the ship, and which also causes him to blame himself for a simple faux pas which any of us could make. I’d never heard of Gazpacho Soup until I heard Rimmer mention it, never mind understood that it is supposed to be served chilled. When asking for it to be reheated, all that was needed to save Arnold six final weeks of agonising introspection was for one of his fellow diners to quietly inform him of this – but no, they’d sooner watch him make a fool of himself, to the point that it would not only negatively affect his career but the rest of his life – and theirs too! If the other officers present at the Captain’s table that fateful November 25th had only been kind enough to let him know he was about to make a mistake then they would have been spared a horrible fiery death. But they let Rimmer believe he was stupid and useless and this in turn knocked his confidence, meaning he wouldn’t ask for help in repairing that drive plate…

We’ve seen Rimmer strive to improve himself in many ways. In Timeslides he unsuccessfully tries to give his youthful self the step up in life that he never got. He is, without question, the single most ambitious crew member of Red Dwarf. He might have failed the astro-navigation exam a record thirteen times but to me, that’s not the sign of a loser, that’s the sign of someone who is determined to succeed, no matter what his detractors say. In Skipper he traverses countless dimensions to find a place where he is happier and accepted, only to realise that he was always best off exactly where he was – with his friends Lister, The Cat and Kryten. And in Meltdown, he finally gets a shot at his lifelong dream – to be the general of an army. So what if both sides are completely wiped out? He won, didn’t he? If nothing else it was a learning experience.

In short, Rimmer is not only the flawed hero in his own story, but he is our hero too! What a guy!

Arnold J Rimmer – We Salute you! 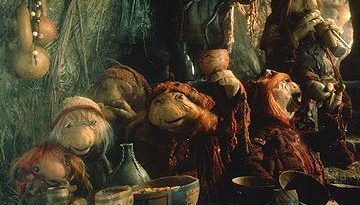 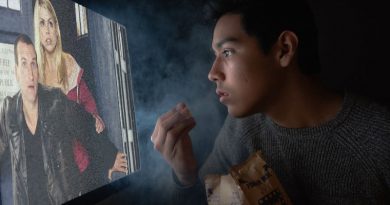 Must See TV! The Shows The Kept Us Gripped To The End