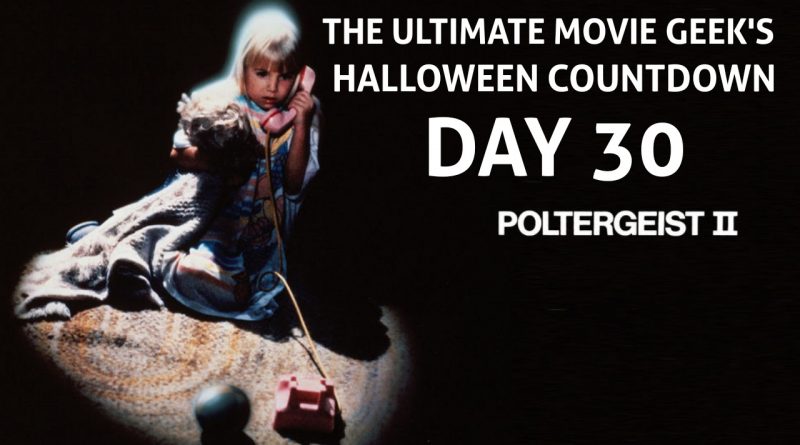 The penultimate movie in the Halloween Countdown was moved to the 30th because of my memories of it. Poltergeist II: The Other Side used to scare me to the point I had to turn it off when watching. The tequila worm, the creepy preacher singing “God is in his holy temple” all made me wet myself with fear. (Not literally, I have excellent bladder control).

Poltergeist II: The Other Side

But after watching this film, I felt a little down. It may be that the Halloween Countdown is almost over, or because I just didn’t have much fun with this. If you watch last year’s Poltergeist review here, you can tell that as a classic, it still holds up. It’s scary, it is funny and the effects all look good. I think this is where Poltergeist II falls down.

This movie insists on having in-camera jump scares. Not for the characters, or at least not always for the characters, but for the audience. One scene shows the son closing the medicine cabinet and there are three zombies in the mirror. It may give some audience members a shock, and I’m sure 9-year-old me did jump, but, (and I hasten to add, I haven’t seen this since then) it did nothing for me.

The effects aren’t even up to the standard of the first film, with constant dead people coming to the house, and spirits floating around. The green screen effects are awful, with the final fight standing out as the worst offender of shoddy filmmaking. We see the family floating in this spiritual realm, which is basically fast moving clouds projected on a screen as the actors lean into the shot. Sequels are supposed to go bigger and “better” but the best thing about the first film is the imagination filling in the blanks of what the other side was.
Here we get someone else’s idea of The Other Side, which also happens to have a bright light anus. I’m not being derogatory, but when Carol-Ann rapidly ages and floats into the light, the light throbs and pulses like a sphincter. 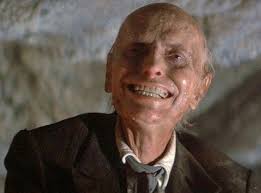 It isn’t all bad though, with returning characters being on a par with how they’re written in the first. The relationship between JoBeth Williams and Craig T Nelson is spot on. You actually believe they are a married couple. The new cast of Will Sampson as Taylor the Native American Shaman who comes to help the family is great. But it makes you want more of him! He’s the spin-off character you want to follow. Then you have Julian Beck as Kane the preacher who killed all his flock after wrongly declaring the end of the world. He is creepy and for years he was the main reason this film scared me.

In summary, this film is a mediocre sequel that unfortunately doesn’t live up to the standard of the first. It would have been better if they had either gone in a different direction, like some horror movies are doing today, or just stopped at one. Be assured though that next year’s Halloween Countdown will no doubt feature Poltergeist 3: The Really Bad One!

Thanks for watching and reading. You can read more articles such as Paul’s Top 10 Nonfiction Horror Books

You can subscribe to my YouTube channel here and listen to the MAaD Movie Podcast on any Podcast aggregator and on iTunes. 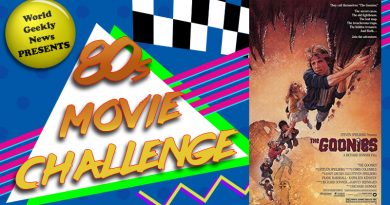 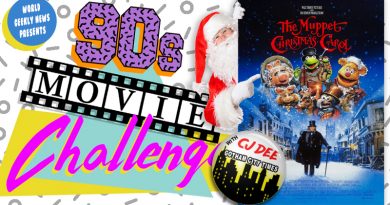