Holy over saturated market Batman! Once the weird little section of the horror genre reserved for the nerdiest amongst us is now like the big “in” thing. However, no matter how over saturated or tedious zombie movies can be, they don’t diminish these classics.

16.The Horde – The Horde doesn’t really do anything new for the genre, but this French zombie movie does it all well enough. If your a die hard zombie fan, you’ll probably get a kick out of this. Putting it on here is probably a stretch but it deserves more love than it gets so its getting a sympathy vote here. 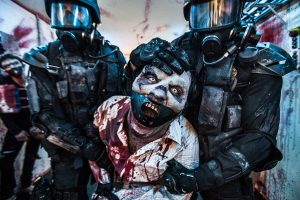 15. Wyrmwood: Road of the Dead. – This Aussie zombie flick is simply bat-$#!t crazy. It’s all over the place, it’s wacky, it’s creepy, it’s gory, it’s bombastic. And it largely works. It has its flaws but makes up for them with heart and gusto. 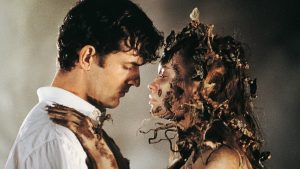 14. Cemetery Man – A horror comedy about a man who works at a cemetery where the dead won’t stay dead. Written by author of the Dylan Dog comics and starring Rupert Everett, this offbeat movie is great change of pace for the genre. 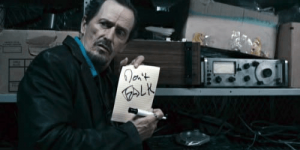 13. Pontypool – Taking place entirely in a radio station with nearly all of the action coming from calls to the late night DJ and his new producer: Pontypool is surprisingly effective. It starts to lose its grip towards the end but is well worth the effort to check it out. 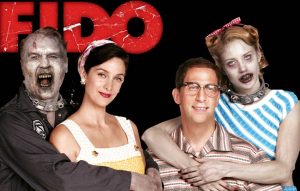 12. Fido – very atypical Zombie story.  A comedy about family, a satire, sci-fi, coming of age, and all around weird mish-mash of archetypes and tropes – but super fun and incredibly well made with a fantastic cast. Not scary, but a can’t miss nonetheless.

11. Zombieland – A horror comedy with just the right amount of zombie love to keep horror fans engaged. The sequel is filming as you read this. 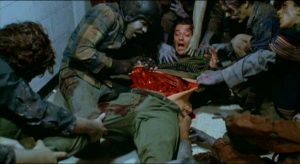 10.Day of The Dead – Romero’s third entry into the living dead saga. It’s a bit slower and the writing/acting aren’t as good as Romero’s previous films, but the special effects are brilliant. Despite any shortcomings this is an easy recommendation to any horror fan. 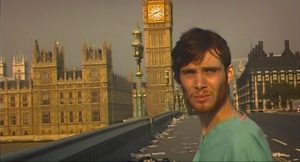 09.28 Days Later – While not technically zombies Danny Boyle and  Alex Garland movie of rage infected people is a classic that is a zombie movie in all the ways that matter. 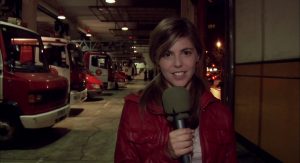 08.[REC] – Flat out scary as hell. Tense and claustrophobic, this found footage classic from Spain is a can’t miss for horror fans. 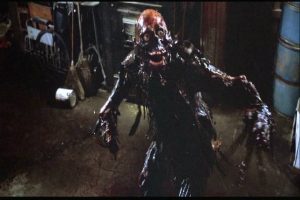 07.Return of the Living Dead – A horror comedy classic. After settling legal issues George Romero and John Russo took split custody of their zombie creation. With Russo retaining the “living Dead” titles, he wrote a novel Return of the Living Dead. The rights to which were quickly optioned for a movie. Thankfully, writer and director Dan O’Bannon took over the project and gave it a totally unique overhaul to distance it from Romero’s movies. 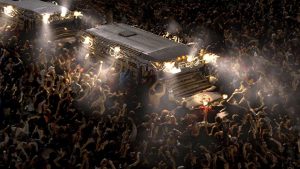 06.Dawn of The Dead (remake) – Zack Snyder and James Gunn team up to try and remake one of the greatest horror movies of all time, and surprisingly don’t &*$ it up. More of an action horror than that Romero’s original series, it is still a fun movie in its own right.

05. Zombi 2/Zombie Flesh Eaters – Luci Faluci’s quasi unofficial sequel to Dario Argento’s cut of George Romero’s Dawn of the Dead. A bit slow in the beginning it eventually builds to some terrific stuff, including a zombie fighting an actual shark. 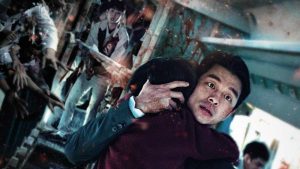 04.Train to Busan – A few moments of cheese and cliche are forgivable due to the raw emotion, wonderful acting, and stellar pacing in this Korean hit. Who cares if a remake is on the way, check out the original ASAP. 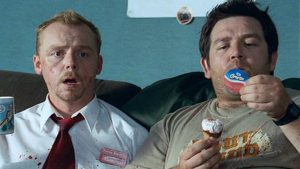 03.Shaun of the Dead – A romantic comedy with zombies. A whip smart script, tons of laughs, and some legitimately great zombie movie moments makes this cinematic love letter to zombies an outright classic. 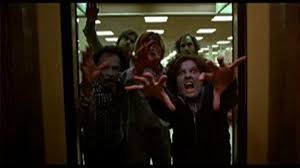 02. Dawn of the Dead – Possibly one of the greatest opening sequences in movie history. The viewer is caught up to speed with how things have progressed since the first movie while simultaneously giving you all the info you need in case you never saw Night of the Living Dead. All while showing you the Apocalypse on a budget. Seeing the emergency news stations falling into chaos is almost more effective than streets filled with shambling ghouls. It is an engaging and fantastic look at the thin threads that hold civilization together and what happens when they break.

The Crazies: While not really zombie, Romero’s film is similar in structure, themes, and the way it plays out to his zombie series. The remake is OK, but lacks the testicular fortitude of the original.

Land of the Dead: Picking up some threads from Day of the Dead that maybe should have been ignored, this is the last tolerable film Romero ever put together. Good but not great.

The Beyond – OK. This probably should be higher on the list but…. I HAVEN’T SEEN IT. I own it. I’ve owned it for years. It’s sitting in my collection and I keep meaning to put it on. But I just…I just haven’t OK. Don’t judge me. I’m sure there’s a copy of the Brothers Karamazov floating around you place that you haven’t read yet. Or maybe that complete works of Shakespeare your mom gave you for Christmas like three years ago. Yeah. Exactly. So..yeah….Its widely regarded as a classic. Go watch it. I guess. I don’t know…I’ll show myself out now. 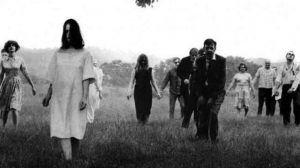 01. Night of The Living Dead – While not the first Zombie movie, it is the first of the modern flesh eating style. Despite being 50 years old, some horrendous editing, and a shoestring budget it still holds up.

Do you like your zombies shambling or sprinting? Do you agree with our list? Would you like to publicly shame KJ McDougall for not seeing the Beyond yet? Tell us in the comments bellow. As always like and follow us on Facebook and Twitter…but do it in a hurry, because they’re coming to get you (Barbra) look there comes one of them now! 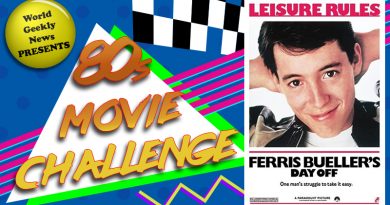 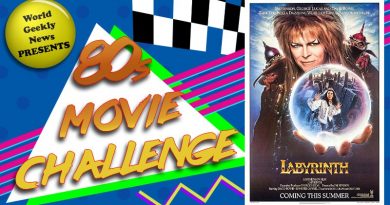