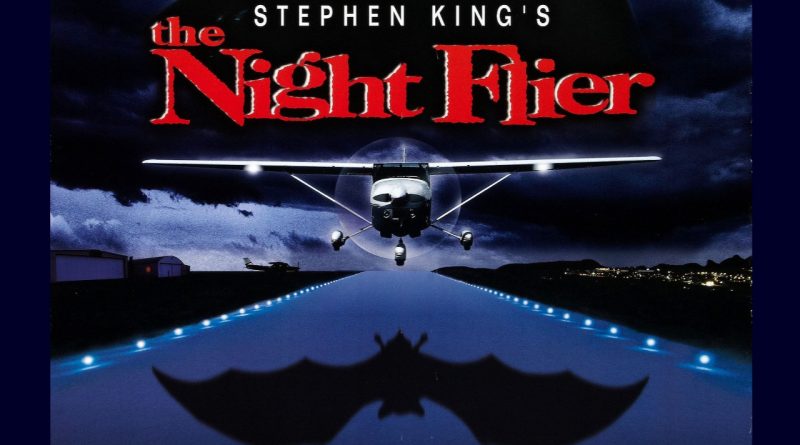 It’s been a long time since I talked #31DOH, but I haven’t been lazy this October. We’re already 12 days in and myself and Mrs Movie Geek have watched 11 different horror movies, with another 20 to go. As my esteemed World Geekly Geeks have already shown there are a lot of movies out there and a lot of articles ready to read. But I digress, the movie I’m reviewing is Stephen King’s The Night Flier.

Starring Miguel Ferrer and Julie Entwisle it follows Miguel’s Richard Dees a reporter for a schlocky tabloid newspaper. He chases the worst stories believing the more gruesome the better. His motto is “never believe what you publish, never publish what you believe”. His introduction is through an altercation with an employee of the ‘Inside View’ as to why his photograph wasn’t front-page news. The photo being that of a dead baby! So yeah, he’s not a great guy. 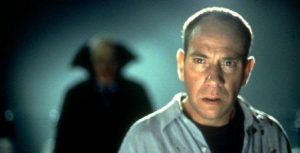 He is offered a new story of a bloody murder at an airfield in Maine (did I mention this was Stephen king?), But he declines.

Katherine Blair is a new start at the newspaper and is offered the story. She quickly uncovers a link between the murder and another murder at a different airfield and this persuades Dees to get involved. But there’s a twist as the murders are being attributed to an aviator who believes he is a vampire.

The film is a late 90’s what seems like a made for TV film. It’s basically a cat and mouse chase with a slight supernatural undercurrent. We follow Dees as he flies to the airfields on the hunt for Dwight Renfield the man he believes is the murderer. Along the way, we get to see what sort of man Dees is. He damages a tombstone, breaks into a morgue and even stops during a car crash to photograph the dead bodies.

Dees and Blair join forces to see contact all the airfields Renfield might be going. Dees promises to share his byline, but when they discover which airfield he locks her in a wardrobe. He flies his plane to the airport, even though it seems like it will be too big for Renfield to stop at and contacts the control tower.

He reaches the airfield and we get an ending which I personally enjoyed. He lands his plane after hearing screams from the tower. The airfield is dark and yet Renfield’s plane is there. After photographing the plane he discovers soil inside and a photograph album suggesting Renfield is very old. Dees names Renfield The Night Flier. 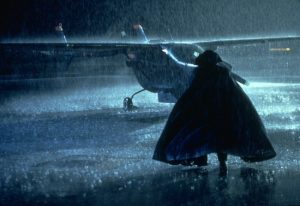 The final scenes are if Dees meeting Renfield and discovering that he is a vampire. Renfield warns him off but Dees wants to see his face. Dees is given Renfield’s blood and begins seeing all the dead bodies come back to life. It is actually a good and satisfying ending where Dees finally makes the front cover again. But it’s Blair who gets the byline.

This night Flier is cheaply made and dated. It’s not got too many scares and tries hard to make you hate Dees. But even though it has 33% on Rotten Tomato’s and even though the DVD cover gives the twist away it is an entertaining film. I remember watching it as a young teenager and enjoying it. It’s almost like a monster of the week X-Files episode.

The effects aren’t too bad as they opt for practical mostly only using CG for certain parts. I would urge you to find a copy and watch it. It’s just an entertaining story that has a good ending, and with Stephen King, that’s all we can ask. 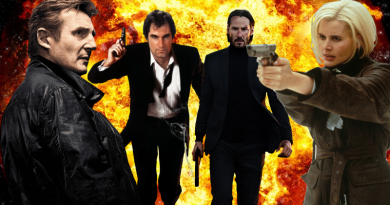 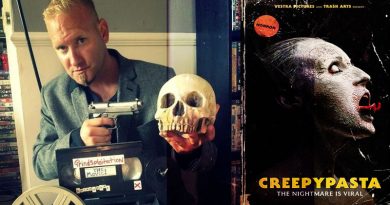 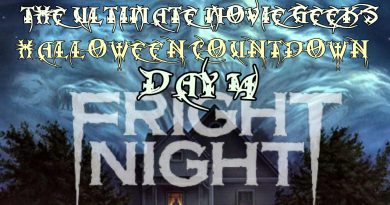