Welcome to the weekly TV news round-up, where we go into the latest TV news regarding renewals, cancellations, and pick-ups. This week we have renewals and a host of Disney+ news, including a lot of Star Wars.

Having just premiered on American cable channel BBC America, their hit spy thriller Killing Eve has been renewed for a third season. Probably spoiling the series title for this season.

HBO has already renewed the dark comedy series Barry, about a hitman who is taking acting classes, for a third season. The Bill Hader (IT: Chapter Two) and Henry Winkler (Happy Days) starring series has just started with its second season.

American broadcast network CBS has renewed its police drama Blue Bloods for a tenth season. The series stars Tom Selleck (Magnum, P.I.) among others and follows the Reagan family of NYPD police officers.

American broadcast network NBC has renewed its mystery series Manifest, about a plane that takes of one day and lands years later, for a second season. Quite a feat, as these kinds of Lost-like series tend to be one-and-done on broadcast networks, like The Event, Alcatraz, FlashForward, etc.

Seth Rogen’s other series, Vertigo comic adaption Preacher, has been announced by cable channel AMC to enter its end with Season 4. With the end of Season 3, the supernatural series was setting up the adaption of Volume 6 of the comic War in the Sun. That would leave Season 4 with adapting four comic volumes. While not impossible, that will be a tight fit. Season 4 will premiere on Sunday, August 4.

More has been revealed about the looming streaming service Disney+. With it came a number of pick-ups. A 10-episode first season order has been given for a TV series sequel to the Greg Berlanti-directed 2018 romantic comedic teen drama Love, Simon, about a boy who is dealing with his homosexuality. The TV series will most likely have a different cast and will be based on Becky Albertalli’s second novel Leah on the Offbeat, just like Love, Simon was based on her first novel Simon vs. the Homo Sapiens Agenda.

According to Deadline Cary Fukunaga (True Detective) and Nicole Kassell (HBO’s Watchmen) are teaming up at Paramount Television for a TV version of James Fenimore Cooper’s 1826 novel and second instalment of the Leatherstocking Tales: The Last of the Mohicans. Set during the French and Indian War or the Seven Years’ War, the story is set in upstate New York wilderness and follows the transport of two daughters of a Colonel to Fort William Henry. Among the party are also two Native Americans, one of which, Uncas, is the titular Last of the Mohicans.

Disney’s upcoming streaming service Disney+ has revealed a lot about itself this week. If you would like, you can read the whole presentation report provided by Disney here. We got our first look at the user interface of Disney+, which also shows us a number of projects coming to the service, like the live action version Lady and the Tramp and a documentary series about Disney Imagineering, the people who create the theme parks and their rides. We got also confirmation that Marvel Studios’ TV series Falcon and the Winter Soldier, WandaVision, and animated What If…? are confirmed, as well as a National Geographic show in which Jeff Goldblum tells you about the world called The World According to Jeff Goldblum and a documentary series about the people working at Walt Disney World’s Animal Kingdom and Epcot’s SeaBase aquarium called Magic of the Animal Kingdom.

On the animation side of Disney, a Phineas and Ferb movie will be coming. The series aired its last new episode in 2015.

Family-friendly Fox material will also becoming, like The Simpsons, Malcolm in the Middle and The Sound of Music. Leaving the fate of more adult material, such as Alien and Die Hard, up in the air. While in the US also Disney-owned Hulu could provide a home, internationally it is a lot more unclear.

The service will launch on Tuesday, November 12 in the United States. With a rollout globally over the next two years. The monthly price will be $6.99 and $69.99 annually. It is currently unknown where Disney+ will come first outside the US or if the subscription fee will be different.

During the Star Wars Celebration event in Chicago, Illinois we were threated to a host of Star Wars news. Like a first look at Disney+ Original Series The Mandalorian, which had a panel that showed footage, but it was not officially shown on YouTube. We did get a bunch of photos.

Check out these brand-new photos for #TheMandalorian, as debuted in today’s panel at #StarWarsCelebration! #DisneyPlus

Also at the Celebration event was a panel for the return of animated series Star Wars: The Clone Wars, which will also come to Disney+.

And finally there was a panel for the second season of Disney Channel’s animated series Star Wars: Resistance. (The panel starts at the 2:44:27 timestamp, if the video does not start there right away.)

Netflix has released a trailer for their upcoming horror series starring Uma Thurman (Kill Bill) Chambers. Season 1 will be released on Friday, April 26.

Netflix also released a teaser for their saved from cancellation at Fox Vertigo comic adaption Lucifer. The fourth season will premiere Wednesday, May 8. No word yet on how those two Season 3 cycle produced Season 4 episodes will fit in.

American streaming service Hulu is bringing back Veronica Mars after three seasons on broadcast network UPN and successor The CW between 2004 and 2007 and a 2014 movie, which happened thanks to a Kickstarter campaign. The fourth season will have eight episodes and will premiere on Friday, July 26.

The BBC’s Doctor Who has over the years always been keen on other storytelling ways than just the TV series. The latest entry is this VR experience. A release date or on what platforms that may be, is currently not known. 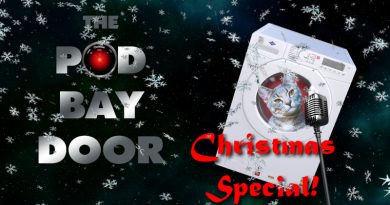 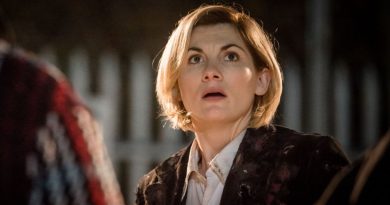 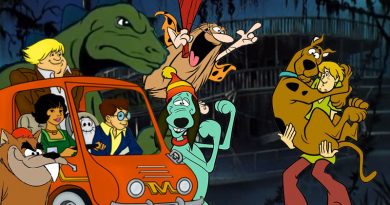