Welcome to the weekly TV news round-up, where we go into the latest TV news regarding renewals, cancellations, and pick-ups. This week we have a Netflix cancellation, a number of renewals, and yet again Disney+ Marvel news!

It’s official folks! BattleBots has been renewed by @discovery and @sciencechannel. Get tickets to the 2019 TV taping (link in Bio).

We couldn’t leave you in the dark. #TheBlacklist is all in for Season 7.

Despite numerous behind-the-scenes issues American premium channel Starz has renewed American Gods for a third season! With that news also comes the appointment of Charles “Chic” Eglee (The Shield, Dexter) as the new showrunner for Season 3.

Netflix has found its cancellation hammer again. This week’s victim is comedy One Day At A Time. The series was a remake of the 1975 to 1984 comedy of the same name. It followed a Cuban-American family led by Justina Machado (Jane the Virgin) as a United States Army Nurse Corps veteran, who has returned to civilian life but has unresolved issues with her military career.

We’ve made the very difficult decision not to renew One Day At A Time for a fourth season. The choice did not come easily — we spent several weeks trying to find a way to make another season work but in the end simply not enough people watched to justify another season.

American premium cable channel Showtime has ordered an adaption of James McBride’s 2013 novel The Good Lord Bird starring Ethan Hawke (The Magnificent Seven (2016)). The story follows real-life 19th-century abolitionist John Brown who meets enslaved teenager Onion during the Bleeding Kansas crisis. They will be participating in the famous but failed 1859 raid on the Army depot at Harpers Ferry, which sparked the American Civil War. McBride, who will be executive producer next to Hawke, won the 2013 National Book Award for the novel. No airdate is currently known for the limited series.

The in-development Apple streaming service has chartered filmmaker Taika Waititi (Thor: Ragnarok, What We Do In The Shadows) to co-write and direct the pilot for a TV adaption of Terry Gilliam’s movie Time Bandits, according to Deadline. The movie tells the story of 11-year-old history enthusiast Kevin who gets taken on a journey through history by time-travelling dwarves. Until we know more, here is a trailer of the 1981 movie.

According to /Film Marvel Studios would be developing an animated TV series for the upcoming Disney+ streaming service, based on the Marvel What If…? comics. The comic series is an alternative history series based on Marvel comic stories. In the series, Marvel comic story arcs and events were taken into a different direction based on simple plot alterations to the most outlandish of ideas, such as What If… Jessica Jones Joined the Avengers?, What If… Wolverine Had Lived During the Age of Conan the Barbarian?, What If… The Punisher Killed Daredevil? and What If…? Infinity. Currently, this series is still a rumour, but we will keep you posted.

A new Orphan Black series is in development at AMC and Temple Street Productions, Variety knows. The BBC America cable hit sci-fi series ran for five seasons and starred Tatiana Maslany in a multitude of roles for which she won an Emmy Award. The new series is in the early stages of development, but it is not to be considered a reboot, spin-off, or sequel series, but rather a standalone series in the same universe.

In a statement to Variety, National Geographic Channel has said they have concluded their internal sexual misconduct allegations investigation around astrophysicist Neil deGrasse Tyson. While giving no details on the outcome of the investigation, it is telling that National Geographic will start airing the remaining 13 StarTalk episodes presented by deGrasse Tyson in April and Fox and NatGeo are looking for an airdate for the third Cosmos series Cosmos: Possible Worlds, which he also presents. Originally Cosmos: Possible Worlds would have premiered on Sunday, March 3.

Netflix has released a trailer for the Drew Barrymore (Charlie’s Angels) and Timothy Olyphant (Justified) starring zombie comedy the Santa Clarita Diet. Season 3 will be released on Friday, 29 March.

It was British charity Comic Relief’s biennial telethon Red Nose Day on BBC One on Friday night. Out of it came a number of sketches based on hit British drama, here are those from the Bodyguard (beware for spoilers for Series 1) and Top Gear. 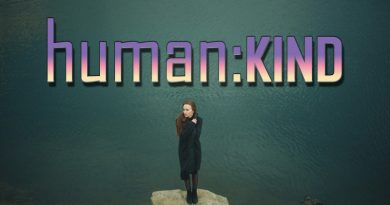