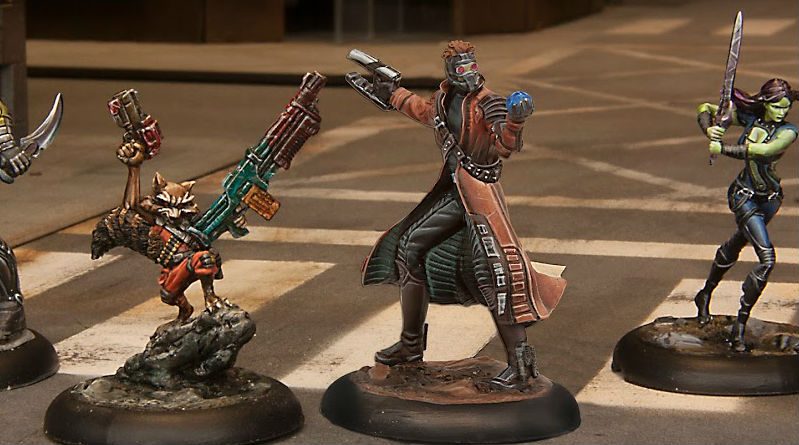 With the current big boom in superheroes and with board games being arguably at their peak in interest and sales, I thought I’d dig out and have a look at the seemingly forgotten and now sadly out of production Marvel  Universe Miniatures game created by Knight Models between 2016 and 2017.

In the past Knight models had just been a miniature and model creator, releasing some stunning miniatures of movie characters, historical persons and a wide variety of fantasy models. In 2012 they started production of the Batman Miniatures Game which lets you choose your favourite characters and battle it out in any number of scenarios. With this being such a success (and still having a massive fan base and competitive community today) Knight Models set about translating the same formula to the Marvel franchise.

Having already produced a range of figures they created a ruleset and character cards with stats on and thus the Marvel miniatures game was born. To my knowledge, they released 5 starter sets each containing 4 unmade and unpainted characters, character cards (With 3 of the sets: the Avengers, The Xmen & The Guardians of the Galaxy, also including a mini rulebook). They also released around a dozen extra models to help fill out the ‘teams’. Players build their teams from the selection of heroes and villains at their disposal. 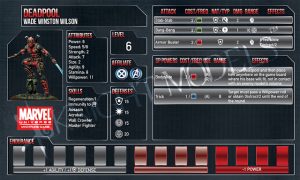 Each has an allegiance which tells you the teams they can be part of. (I personally find it more fun to not pay attention to the allegiance and just make crazy teams with weird stories of why they are working together). Once both (or however many players) have constructed teams of equal or roughly equal power value its time to play.

The game itself is a skirmish style game played out over a number of rounds. At the start of each round, the characters recover power (which is essentially the currency for doing things). You then have to work out who goes first. There are a few ways of doing this but they recommend using a bag of coloured counters equal to the number of rounds and number of players. A counter is then pulled out. The player whose token it is goes first. This adds a slightly different dynamic rather than the usual dice roll, but it’s not quite as well implemented as something like Bolt Action. 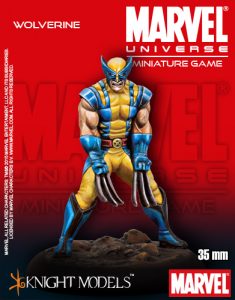 Players then go in turns using characters by spending power to do actions. The stronger characters have more power thus can generally do more. The actions range from simply moving and attacking to doing special attacks which all draw from the various characters comic skills. Play continues until all characters on both sides have been activated.

There is nothing truly inspiring or standout about the gameplay. What it does, it does very well but it doesn’t add much new to the table. One thing I will give it a lot of credit for is the integration of scenery into the gameplay. Whereas most skirmish games like this use scenery as decoration and to block line of sight etc, the Marvel game actively lets you interact with it. Is a car blocking line of sight? No problem. Just use the Hulk the throw it at the enemy. By doing things like this you modify the battlefield as the games go on making you adapt and change tactics. It’s this kind interaction which does make you feel like your involved in an epic battle. It really is a game where scenery really helps the immersion and with it being a comic book setting, the battles can literally take place anywhere you can think of. 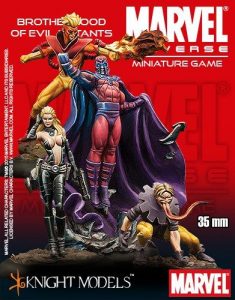 The miniatures themselves once painted up look fantastic with some stunning detail and posing. Almost all do justice to the characters and add to the immersion factor. That’s not to say they are perfect though. The fact they come as multi-part metal kits do mean assembly is required and some (*cough* Emma Frost *cough*) are horrible to put together as they are so small with such tiny contact points, its hard to get them to stay together. Once together all is good, apart from to odd moulding issue.

As mentioned at the start, the game is sadly now out of production due to licensing issues which is really sad as it’s a great little game and possibly the best that carries the Marvel brand. All is not lost though as the models can be picked up on the secondary market for generally pretty good prices if you look around.

Knight models followed the game up with an even shorter-lived Spiderman miniatures game, which used the ruleset from the Batman game and a DC universe miniatures game. The DC game is still in production and has a massive following, with tournaments across the world. The range of miniatures is also fantastic. The really nice thing about it is it has a very similar ruleset to the Marvel game meaning the 2 are cross-compatible. 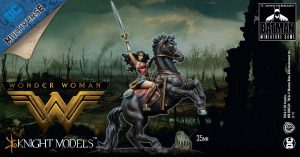 Being able to create some epic marvel vs DC battles on the tabletop has been immense fun and something that I would suggest checking out if you love the setting and characters. There is so much variety and so many little things that just make the 2 games combined an almost perfect game. Having people like Arrow face off against Hawkeye is intense and interesting and creates almost limitless possibilities.

If you can get hold of the Marvel miniatures I would highly recommend it as it’s a fantastic little game with some stunning miniatures. If you can’t (and even if you can) you should also check out the DCU miniatures game as it’s also amazing. 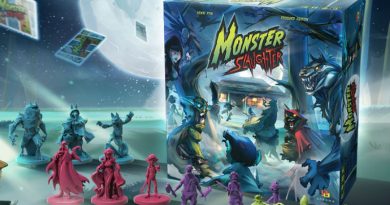 To The Table: Monster Slaughter