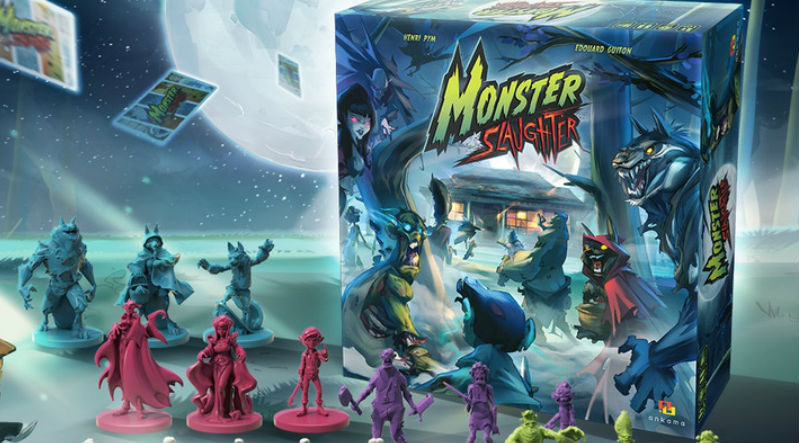 There are so many games out there in which we the player fight off hordes of monsters and villains in a desperate hope to survive. The same can be said for horror films. More often then not we follow a group who are very much considered the heroes as they are generally picked off by one or more monsters, killers or creatures.  Rarely do either give us the point of view if the killer (although there have been a few). This is where Monster Slaughter (from the creators of the great Krosmaster game series) perfectly slots itself into the market. 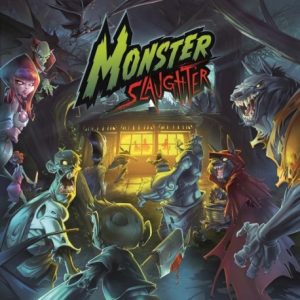 In Monster Slaughter each player takes control of a monster family, each with their own special abilities, as they try to scare and kill 5 hapless victims inside a secluded cabin. I may sound like a simple task but you will need strategy and planning. Before the actual game begins players decide on the guests who will be in the cabin. Each player then chooses in secret the order in which they think the guests will die and who their specific target is (essentially who their family specifically want to kill). Then each characters card is placed randomly in one of the room piles (piles which you search to get items, events and to reveal the guests.) Players then alternate as they move into the cabin and search for their prey. During the game, players can squire object cards which they can use to help victims survive against the other players to stop them from killing and scoring a victim. When the guests die the player who kills .gains points but so do anyone who had the victim in the right place in their secret kill order. 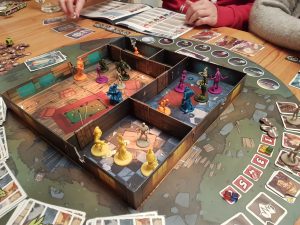 It may all sound confusing but it plays and scores incredibly smoothly and has some great and well flowing gameplay. With so many components it would be easy for the game to get lost in itself and be a confusing mess, but luckily it all works well. It is quite a light game and while there is depth it still isn’t anywhere near what I’d call deep gameplay. What is deep though is the tongue in cheek immersion of being in a horror film and stalking your prey through a very Evil Dead style cabin.

Each of the monster families owes something to the genre with everyone from the normal zombies through to the more obscure Critters-like family. The same goes for the weapons, traps and special guests who can appear at the cabin. The objects owe a lot to franchises such as Friday the 13th and other slasher movies from the genre. The special guests include caricatures of everyone from Mulder and Scully to Indiana Jones and the Ghostbusters.  Its all a perfect homage to the horror genre and something that is just lots of fun to play and experience. 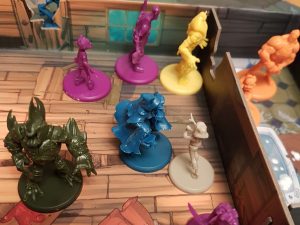 The components are yet another thing to commend the game on. The miniatures are beautifully sculpted and are all so diverse with details.

They feel like they are terming to be painted to bring out the full character they have. Even the board layout is brilliantly planned out with you needing to actually construct the cabin before play. This is an element miss from the games of old where you have to build your cardboard in 3D instead of just moving pieces around a flat board. The cabin itself is actually built from the bottom of the box, which is both a brilliant and a risky move. It’s great for space and sturdiness but does mean if the bottom gets badly damaged, so does the cabin. On the table, it takes up quite a lot of space which could be a problem for some. 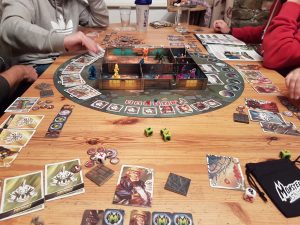 It would have been nice to have a little more interaction with other players other than simply the cards you can squire by searching rooms as it often feels like there’s not much to do. It would also have been nice if the events that get uncovered truly had a massive impact on gameplay and changed things up. A few provided players with things like barricades which you can use to help slow opponents down, but they never felt truly impactful.

If you are after a quick, light and immersive horror game you can’t go too wrong with Monster Slaughter. Its nothing truly amazing but it is one that will see the table on numerous occasions. It won’t be a game to play all of the time, but what it does it does very well.  I recommend this game quite highly if you can find it at a good price. 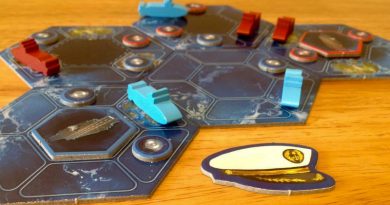 To The Table: Pocket Sub 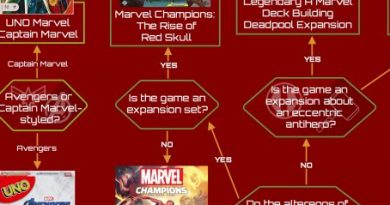