The Pod Cat returns after a Winter (Summer?) in Australia! With his return it brings a number of Australian podcasts you might very well want to add to your favourite podcast app! We sure did! 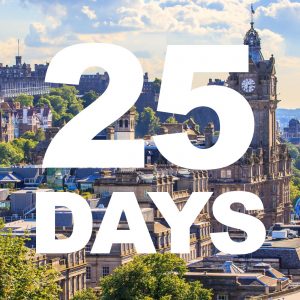 Three Australian stand-up comedians, Adam Knox, Peter Jones, and Luka Muller, caught a plane and spend a month living in Scotland and performing at the 2018 Edinburgh Fringe Festival. Join them in this daily podcast and experience their slow decent in insanity, with the grand finale being a review of Timpson: The Musical, a musical based on Shakespeare’s Romeo and Julia and sponsored and inspired by shoe repair and key cutting company Timpson. 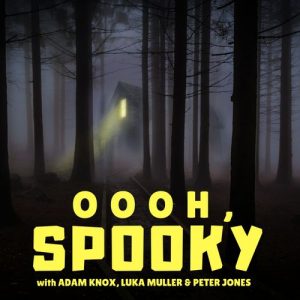 Spinning off from 25 Days is Oooh, Spooky. Stand-up comedians Adam Knox, Peter Jones, and Luka Muller return and each episode read five paranormal stories from the illustrious 1985 Reader’s Digest book Mysteries of the Unexplained. Listen as they shiver, try to explain, and mock these unexplained happenings. 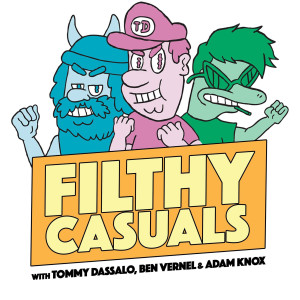 A comedy and video game podcast hosted by stand-up comedians Tommy Dassalo, Ben Vernel and Adam Knox (he gets around, doesn’t he?) reviewing the latest news and video games, along with a lot of stuff that does not have anything to do with video games half the time.

Arya Talking To Me? 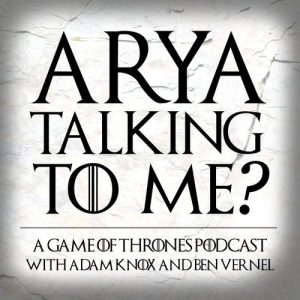 Stand-up comedians Adam Knox and Ben Vernel to genuine “Throne-heads,” so as they are already doing a number of podcast, why not add a Game Of Thrones one? Each week, leading up to Game Of Thrones final season, the boys watch an episode of the series and summarise and comment on it for your pleasure. An idea podcast for those who (do not) want to rewatch the series, but would like a comedic recap in anticipation of the final season of Game Of Thrones. 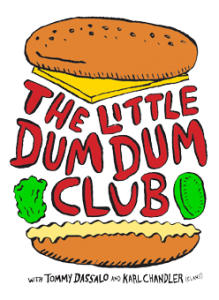 Hosted by stand-up comedies Tommy Dassalo and Karl Chandler The Little Dum Dum Club is a long-running and popular comedy podcast. Each episode Tommy and Karl have two guests from the world of comedy. Among them are Ronny Chieng (correspondent of The Daily Show With “enemy of the show” Trevor Noah), Stephen K. Amos, Luke McGregor, Anthony “Lehmo” Lehmann, Becky Lucas, Demi Lardner, recurring guest Dilruk Jayasinha, and yes, Adam Knox. The podcast features many live episodes, including recordings from the Melbourne Comedy Festival, Just for Laughs Sydney in the Sydney Opera House, Just for Laughs Montreal, and their very own Koh Samui International Podcast Festival.