Our friend Pod Cat arrived from the far reaches of space in his washing-machine on a mission to seek out new audio adventures. Ably assisted by this ragtag fleet of geeks and nerds we’re helping him compile a library of The Greatest Podcasts In The Galaxy!

This week Paul shares some of his favourites. 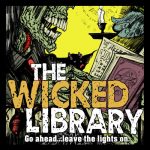 Each episode features a lusciously produced short story with a full cast of voice actors and original music. Every story is followed by an interview with the author.

The main podcast is available for free with various levels of additional bonus material for Patreon supporters. Rewards include early access to episodes, exclusive subscriber-only stories and even a free bookmark

As the horror genre is quite broad, not every story will be to everyone’s taste. However, the vast amount of content means you’re sure to find something suitably chilling for a night by the fire!

Listen on iTunes or another podcast aggregator of your choice – mine is Castbox. 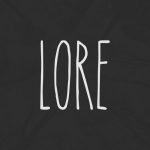 Lore unveils the origins of some of the stranger stories, urban myths and folktales which still get told today. Part creepy story and part history lecture Lore looks at the darker side of human nature and tragic events from years gone by.

This iTunes Award winning podcast is now also available as an animated TV series on Amazon Prime and a series of books published by Del Rey/Random House (Wildfire in the UK). 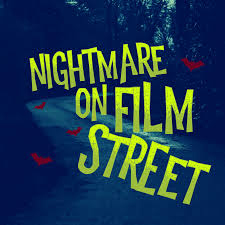 The night I wrote the rest of this piece I was sat mucking about on my laptop when suddenly I got a notification on my phone from Twitter saying “Nightmare On Film Street has followed you”. It’s almost as if they knew what I was up to. “Oh well,” I thought to myself “I might as well give it a go” and immediately followed them back, subscribed to their podcast and downloaded the latest episode to my phone.

I only had time to listen to their most recent episode, but I liked what I heard, which was basically two people (Jon and Kim) picking a pair of similar horror films to pieces (in this case The Fog and The Mist), pointing out various plot holes, poorly written dialogue and other problems, followed by the two of them then raving about how much they enjoyed both of them!

The simple, yet fairly unique idea of discussing two analogous movies alongside each other, and the chemistry of the two presenters made for a fun and interesting listen. I’ll be sure to delve into their vast back-catalogue! 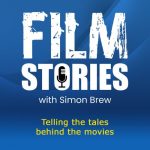 World Geekly News owes a massive debt to Den of Geek’s outgoing editor. Without his inspiration, we’d still just be a bunch of geeks talking about Star Wars and Shark Movies on Facebook (so you have him to thank)!

Film Stories is, as Simon says himself at the start of each episode, just a man in a room with a microphone telling stories about films. But oh my, what stories they are! Years of writing about films have filled his head with some of the most fascinating, little-known titbits from behind the scenes of the big blockbuster movies which Simon, and many of us, unashamedly love, whether critically acclaimed or panned! A diverse range of titles is featured from Dirty Dancing to Spectre, The Lion King to the gloriously bonkers Hudson Hawk.

Man About A Dog Movie Podcast 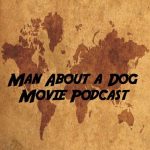 Naturally my choice this week is World Geekly News’ official movie podcast which is hosted by our very own Ultimate Movie Geek (known, by day as Nathaniel Jepson) and his friend Craig “Lambo” Lambert.

Aside from a total lack of pretension, what I like about Man About A Dog (hissss… shame about that title) is that it’s just two blokes ranting about the latest films they have seen like they’re down the pub. Often I’ve felt like I was there and tried to join in the conversation. That gets you some very strange looks on the train or while walking down the street!

Is there a podcast you love to listen to? Please share it in the comments below to help Pod Cat complete his mission!

One thought on “The Pod Bay Door: Episode 1”