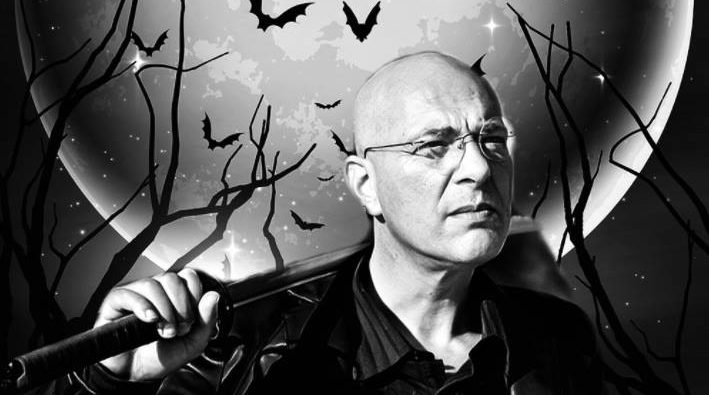 In 2012 Neil Gaiman made a commencement speech to the University of the Arts. The speech was so good it was eventually turned into a book. The message was fairly simple, life can be challenging and the best thing to do is to “…make good art.”  Here on our semi-regular column Nerd’do well, we look at average folks who take that edict to heart. And while “good” might be subjective in art (I’ve met more than a few who are adamant that Mr Gaiman has never made good art), these folks take the weird little parts of our heart and souls and run with it. David Black is one of these folk. His short films explore different genres and styles with a surprising amount of dedication. David talked to us about finding time and means to explore the imaginary worlds of the fantastic as an artist.

You just participated in Vestra and Trash Arts anthology Halloween Hell Night, what was that like? What was your entry?

My Halloween Hell Night entry was “Malevolent Pursuit.”  It was a narrated, noir thriller that gets into the head of a psycho killer.  It’s pretty dark and disturbing. I scripted, acted and produced it, however, the director and editor was Glen Cook, so a lot of this was also his vision too.

This was the third of Vestra and Trash Arts anthologies that I’ve had films accepted into, but the first to be released.  Currently, they are twisting my arm to do a film for their upcoming anthology called “Philia”. Their criteria is “we are looking for your most seedy twisted desires, just simply select a philia let us know which one and make a short dark horror twisted sexual nasty flick.” So it looks like I am going to get down and dirty for this one.

How long have you been making movies and acting?

I fell into acting by accident around 3 years ago when I was invited to be an extra in a local indie horror called “Cult Girls”.  I’d already made 8 music videos for my band “Darkness Visible” but somehow this seemed different. With the band, we were making the videos to promote our music but with doing a movie, you are concentrating far more on the storytelling.  I was a professional cartoonist back in the last century and had to think through how the characters would act, what their body language was, their facial expressions and what “camera angles” to use when drawing them, so this seems a natural extension of that.

You do a lot of indie filmmaking, are you able to do it full time yet?

At this stage, I’m putting out all my films for free and treating it as a hobby.  My hope is to be able to do it full time one day. Before I can make a living, I have to build a name and a following to make that possible.  Many other successful businesses started out by giving away free samples, so I’m hoping that will work for me. Demand for my films is slowly building, so fingers crossed.

How do you balance your passion for filmmaking and your need to eat and pay rent?

A lot of people work with me volunteer.  They understand that these films aren’t likely to make money.  What I try to do is find out what others want and provide it. For actors, it’s often the chance to get footage and build a good showreel.  For the crew, it can be just for fun, although many that I’ve worked with have gone on to paying work, so I don’t tend to hold onto them for that long.

My films are low budget.  Instead of going out nightclubbing and other things most people do on the weekend, I save that up and spend it on props, costumes, make up and on set catering.

You have a series of shorts called Tales that Broke My Brain. Can you tell us more about that?

TTBMB is a series of short films.  Each one is different in genre with the common thread being that they have a twist or two and are very different to your mainstream fare.  Most have different crews filming and editing them, however, I’ve aimed at keeping to a small pool of actors for this. I’ve been rotating crews due to the amount of time it takes in post-production to finish a film.  I’m aiming at getting a movie out every three weeks but it can take far longer than that to do the colour correction, sound and editing.

Malevolent Pursuit was one of the TTBMB episodes.  While it’s a fairly serious psychological thriller, others are schlocky horror or comedy or sci-fi and some are just totally off the wall.  At this stage, I think we are up to around 8 filmed and I’m aiming at doing 20.

I noticed you tend to work mostly in the Sci-fi/horror realm, why those genres? What’s their appeal for you?

I’m willing to work in most genres, however, sci-fi and horror do offer a lot of scope for imagination.  They can take you out of the ordinary world into strange and far-flung realms. You can have monsters and mythical beings, use magic and advanced technology.  In Malevolent Pursuit, we had to use the crazed thoughts of a psycho killer to get out of the ordinary, mundane world. I don’t think I could have gotten away with that on a regular basis, so sci-fi and horror it is

What are you working on next?

Currently, I’m working on a sci-fi drama.  It’s a short film but heavy on the drama. A surviving couple in a post-apocalyptic world must decide on whether they will kill their child or not.  It’s called Parental Duties and will probably be out within a week or so of this interview, so I won’t say more about it at this stage. It will be available on my YouTube channel, so people will be able to see it there.

Note: Since this interview, the video has indeed been released on youtube and you can watch it here.

Other than film and acting, what are your passions, what do you get geeky about?

You can check out David’s Tales That Broke My Brain here as well as some of this other work here. 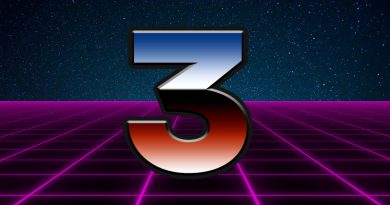 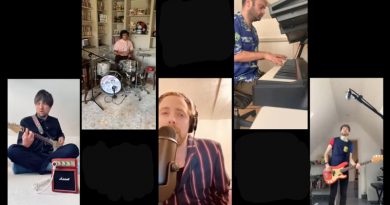