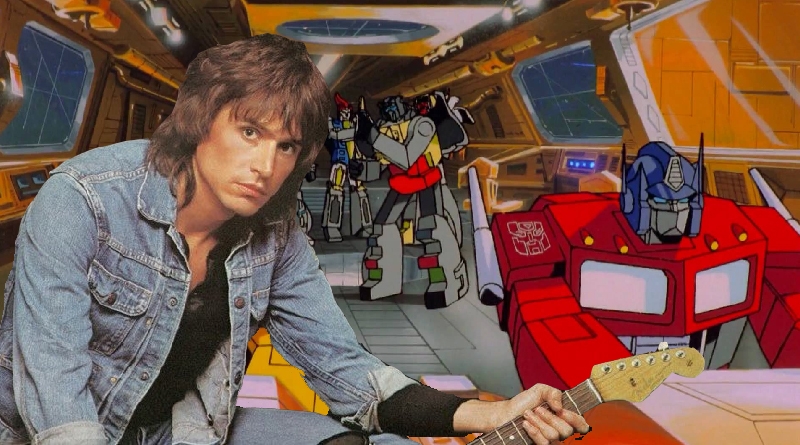 The 1980s were the heyday of action-adventure cartoons with the majority of them being based on a set of toy-lines. While in hindsight this may well have been highly exploitive for kids (and parents) these cartoons of yesteryear still stand up very well today with the animation having that special blend of ‘All-American’  tropes and stereotypes translated through a far eastern animation studios filter. These shows were fast-paced,  super slick Saturday morning adventure fodder for a tartrazine generation, a glitzy attack on the senses that for a better turn of phrase got the blood and adrenaline pumping.

One of the major elements that gave 80s Saturday morning cartoons their specific style was their soundtracks, – sing-along anthems that stuck in your head driven by synthesisers and lead guitars to provide that special combination of electro synth, lead guitars and soaring vocals.

With a style that is perfectly parodied in recent online successes as Kung Fury and Turbo-Kid, the 80s audio landscape of action-adventure shows that was chock full of Korgs, Gibson Flying Vs and DMX drum machines provided the perfect pounding soundtracks to underpin theme songs for transforming, fighting and rampaging superheroes and villains.

While the names of characters and the shows themselves are commonplace (still appearing in comics, cartoons remakes and t-shirts) the visual appeal of Lion-O, Prime and the rest still linger on, however, the soundtrack of these heroic adventures is something that at times is overlooked. So it’s time to grab your lighter, stick on your tassel-armed leather jacket (hey put a denim over-coat on the top if you feel like it) tie on that bandana and prepare to rock-on like its 1985.

Stan Bush is probably the most well-known musical acts on our list – a master of the 80s power ballad Bush music, of course, is most synonymous with Transformers: The Movie and was the soundtrack to many a pre-teen boy’s first taste of tragedy when (spoilers) Optimus Prime dies (I didn’t cry went I saw it in the cinema, I had something in my eye or something… Shut up!)

While never a chart-topper hits like The Touch and Dare have become cult classics, even appearing in other films such as Boogie Nights and his reputation for making memorable solid rock anthems led him to work on tracks for films like Bloodsport.

The nostalgia wave that still continued today thanks to ‘forty something’s’ like myself has kept Mr Bush in work for the past three decades and provided him with a solid career catering for those hankering for a more innocent musical time of big hair and flying V guitars with releases such as Call to Action and its follow up Till All Are One and finally Stand In The Fire.

Even in 2016 he is still busy, happy to play his hits at events such as BotCon and even going so far as to team up with wrestling organisation Chikara whose fun, cartoony and nostalgic feel is a perfect place. Finally Mr Bush has also produced a new song Warrior for the team at Devolver Digital to help promote the sequel to their game Shadow Warriors.

First of all: What, that Brian May? Yes, that Brian May from Queen. It’s quite well known that Brian May (apologies Dr Brian May) is a huge fan of space (his doctorate is called A Survey of Radial Velocities in the Zodiacal Dust Cloud) science fiction and fantasy and back in the 1980s as well as producing the soundtrack for Highlander and Flash Gordon collaborated with some ‘friends’ to recreate the theme tune for the early 1980s show Star Fleet. Called The Star Fleet Project, May’s friends just happened to be a who’s-who of early 80s  superstars and included Eddie Van Halen, Alan Grater (REO Speedwagon) and fellow Queen bandmate Roger Taylor in what is essentially an 80s rock-super-group.

Releasing only one single back in 1983 (containing three tracks) as well as a superb music video (involving Brian May’s giant floating head, lots of 80s video effects and some clips from the show) the actual Brian May version of Star Fleet was not the version originally used on the television show – the honour of that goes go to another artist Paul Bliss who,  as well as producing the original music (May’s version was used on the end credits) also played for the Moody Blues and the Hollies and re-released the original Star Fleet soundtrack in 2009.

While Stan Bush is probably the most recognised musician from Transformers: The Movie – he did not, however, produce the theme tune for the film, that honour went to Lion – an English-American hair metal band.  While not quite getting the nostalgic recognition that Stan Bush has received, Lion (or Lyon) as they were originally known had two successful albums Dangerous Attraction (which contained the Transformers: The Movie theme) and Trouble in the City of Angels which for some reason had a cover of a Slade song on it.

Away from Transformers the band also produced music for a Friday The 13th movie and members of the band went on to play with Rock legend (and geek fan), Ronnie James Dio.

While the majority of 80s cartoon theme tune composers worked in the USA there are those whose beginning started here in the UK. One of those is Johnny Douglas whose body of work included theme tunes and compositions for Spider-Man And His Amazing Friends, Dungeons & Dragons and GI Joe. However, Douglas also had (sadly he has passed away) credits for nearly 150 other works as well as a career that spanned from the late 1940s to the late 1990s and a body of work which went from big band to working with Shirley Bassey, Vera Lynn and the Royal Philharmonic Orchestra.

One of his most famous compositions was for the classic 70s movie The Railway Children (starring Jenny Agutter) for which he won a BAFTA. Even after the spell of 80s cartoon theme tunes Douglas continued producing music for television and film (such as Wogan) but is also remembered for producing music (more specifically strings) for various easy listening radio stations.

While it might seem audio juggernauts such as Stan Bush had cornered the market with power-ballad/air grabbing anthems this is not actually the case as Johnny Vancouver (aka John Van Tongeren) proved who, along with Phil Galdston provided the guitar riffing music for Galaxy Rangers. While not as popular as say Thundercats or Transformers, Galaxy Rangers appeared on UK TV during the 1980s where along with other shows such as Centurions became a staple action-adventure cartoon to split into chunks and show throughout a Saturday morning kids TV slot. The theme song No Guts No Glory was the main title song for the show and captured the cowboy/sci-fi theme perfectly.

Since producing the music for the show Van Tongeren has had a long career behind the scenes in scoring popular television shows including Poltergeist: The Legacy, The Outer Limits and Disney’s Lilo & Stitch. He has also worked on a lot of blockbusters too including Armageddon, Speed 2, Dante’s Peak and Twister.

Have you ever heard of James Lipton no? Well, I would think not, however, our American readers might recognise the name as James Lipton was the presenter of Inside the Actor’s Studio as well as appearing in shows like Arrested Development. He has also ‘appeared’ in episodes of Family Guy and The Simpsons. In between being the Dean of The Actors Studio Drama School in New York and guest starring in Glee he also wrote the theme tune to Thundercats which you will be humming all day.

[Editor’s Note: This last one has since been proven to be an urban legend started and upheld entirely by an anonymous entry on the trivia section of Lipton’s IMDB profile. The Thundercats theme was in fact written by Bernard Hoffer with lyrics by Jules Bass. However, I’ve left it in because it’s a funny story and, well, any excuse to listen to the Thundercats theme!] 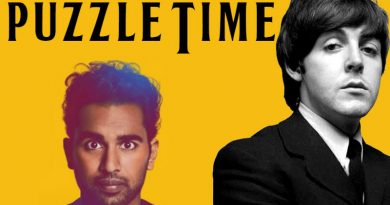 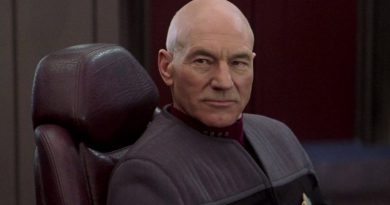 One thought on “When Rock And Children’s TV Collide”