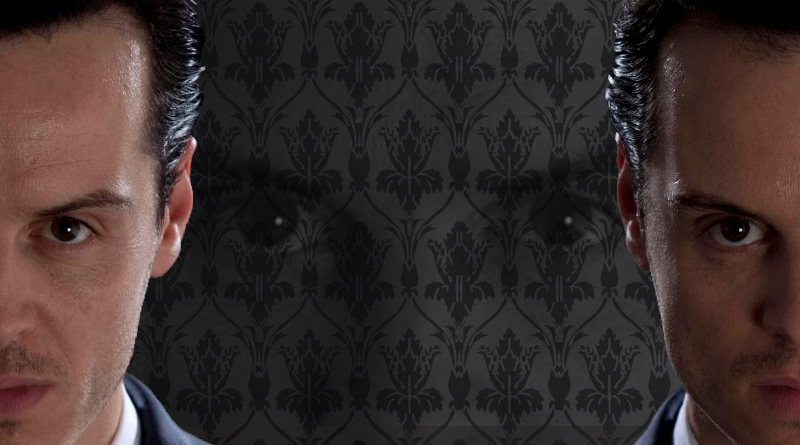 Here at WGN we love a good mystery so when escape room creators Time Run announced they were working with the folk behind the BBC’s Sherlock to build an interactive adventure based on the show we had to have a go. Paul reports back…

Oh, this is a good one! Is it my birthday?

It makes me feel old to see it in writing, but this weekend my baby brother, the youngest of three (with myself the eldest), turned 40. Sigh. He’s also The World’s Most Difficult Person To Buy Presents For.

However, when planning a day of fun and excitement for my middle brother’s 40th two years back he did introduce me to a new experience – the Escape Room. Since then, we’ve done another one together, and a fair few with other folks. So when I sat with my wife and parents a few months back, trying to find something to entertain him this weekend, an escape room seemed like a good idea. And our searches on such activities in London kept bringing us back to The Game Is Now. So we booked it.

Now, let’s not beat around the bush about the cost here – it’s not cheap. Your standard escape rooms tend to be around the £15-20 each mark (although it can vary depending on the number of players). This was more than double that. It had better be good!

In a world of locked rooms, the man with the key is king

Oh, by the way, did I mention this was a complete surprise? Under pain of death, my mum told me that he wasn’t to find out until we got there. Now, Baz is not a huge fan of pop culture and had never seen Sherlock, but if any escape room is going to be challenging and exciting, it’s going to be one based on Conan Doyle’s detective, so once again I thought “It had better be good”.

In the spirit of fair play, I am not going to go into great detail about what actually happened once we were through the doors, so don’t expect a blow-by-blow account of how to break free. I’ll give you just enough information so as not to spoil the fun and to let you make up your own mind whether you’d like a crack at it.

So this imaginary location could be anything

About 48 hours before the big day I got an email telling me to bring my team to a secret location in London’s West End. As soon as we arrived outside I knew we were in for a master class in detail and misdirection because from the street one could easily mistake the entrance for that of a normal business. The sign “Appointments Only” in the window was sure to keep prying eyes from unwittingly entering and uncovering the charade, but the curious can always visit the business’s website, the address of which is emblazoned over the door, to quickly find out what it’s really all about – so that was a nice bit of subterfuge to start things off.

Despite what people think we do still have a Secret Service

Once we were in, had been given our safety briefing, popped our belongings in a locker, signed a waiver (the gist of which was “If you die, it’s your own fault”) and watched an introductory video from Martin Freeman’s John Watson in a darkened room, we were ferried away from the public facing storefront into a network of corridors. I’d love to say “and this was where the fun really began” but all the stuff beforehand was already quite entertaining! Along with another team we were then led into a perfect reproduction of the living room of Sherlock’s apartment at 221B Baker Street, including garish flock-patterned wallpaper, graffiti smiley and countless other instantly recognisable props from the show. Here we were given a further briefing from old Sherlock himself (Benedict Cumberbatch) via a video conference on his laptop.

Dear God, what is it like in your funny little brains? It must be so boring!

And then it all went wrong. Lights flickered, staff members began to panic and a familiar face took over control of the TV screen. This is where some knowledge of the TV show would really enhance things. I won’t tell what happens next, but saying as it’s plastered all over Time Run’s marketing for the game, it won’t spoil things too badly to recite an extremely relevant quote from the show:

He’s planned something, something long-term. Something that would take effect if he never made it off that rooftop alive. Posthumous revenge. No, better than that – posthumous game.

And so each team was ushered through separate doors and we entered into our own series of rooms (some of which were instantly recognisable from the show), consisting of several puzzles, each more fiendish than the rest, and which MUST be solved to progress to the next room. Unlike some escape games I have done, there’s absolutely no place for guesswork here. In our initial briefing, we were advised to approach every problem with observation, logic and deduction and it really did help. Some puzzles demanded peace and quiet and a little bit of thought, some needed a modicum of general knowledge, others could only be solved by multiple team members and a couple even relied on a little bit of dexterity and a steady hand. We did get stuck on one or two, but although not present, we did receive occasional help on the video screens via Sherlock’s trademark snarky text messages.

The stuff I’ve got on is just too big. I can’t spare the time

Unlike every other escape room I’ve ever played, there is no clock. You’re still given the standard sixty minutes to crack all clues, but there is nothing to tell you how long has elapsed – aside from increasingly frantic video and audio interruptions from cast members including Moriarty (Andrew Scott), Sherlock himself, Mark Gatiss’s Mycroft and Louise Brealey’s Molly Hooper. This actually ramps up the tension as you spend pretty much whole of the latter half of the game wondering if the next minute will be your last!

But that never happened. Because, with four minutes and fifteen seconds to spare, we solved the final puzzle together! Hurrah!

The game is never over, John. But there may be some new players now

It’s rather fitting that the final room relies much more heavily on teamwork than the others). The baddie was defeated, the good guys were victorious and those in danger were rescued! Hurrah! In those last few minutes, the tension really does ramp up, which leads to heated discussions and mistakes being made. But we won, we escaped. The game was no longer afoot.

After a debrief with one of the team members we collected our stuff and were shown into a rather snazzy bar – the patrons of which were players from the other games which were running around the same time as ours! The bar tender was friendly, the drinks were good, we were in high spirits because we won – but then it was time to go home.

Turn around and walk back the way you came

We left the bar, stepped through a door which shut behind us and, Narnia like, found ourselves back in the real world of the shopping mall with no apparent way back in for another round!

So, to sum up: The Game Is Now is an exciting, fun-filled adventure which people should be capable of completing if – and it’s a big “if” – they keep a level head and don’t crack under pressure. My brother, who has never seen the show, said that he enjoyed it immensely. My other brother, who has seen all of it felt the references to the program enhanced the experience for him.

While it is expensive (and can only really be played once), the lovingly crafted, lavishly detailed game is well worth the money. A highly recommended experience.

If you fancy your chances at being a consulting detective, you can book a session now for teams of four to six people on The Game Is Now’s website.

Reopening The X-Files – The Pilot

One thought on “Sherlock: The Game Is Now – Spoiler Free Review”