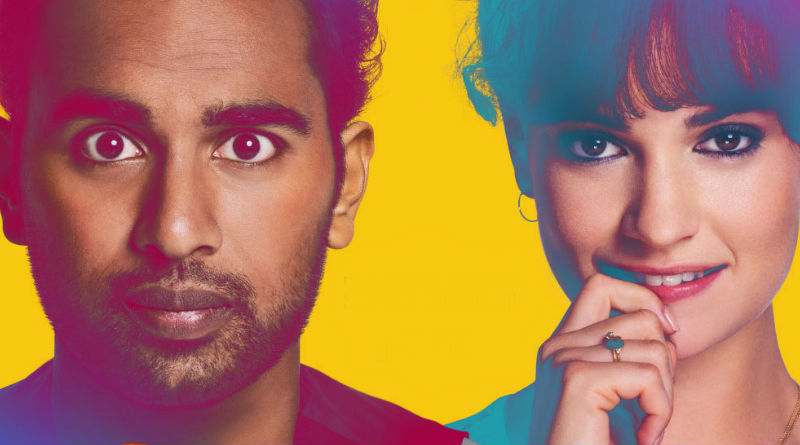 Yesterday poses two interesting questions to its audience. The first one is the genre-busting question which provides this film with its hook. The second, and more interesting question (in my book) is “What happens when two behind-the-scenes legends of modern British cinema finally get together?” I’ll come back to that later, but for those who have been living on a canoe in the middle of the ocean for the last six months, here’s a brief summary of the synopsis:

Jack Malik has quit his safe but dull teaching job to pursue a career as a recording artist. The only trouble is, he’s not very good. His performances are poorly attended and his self-penned songs are a little lacking in, for want of a better phrase, X-factor. However, a solar flare causes a worldwide “shutdown” at the exact moment that Jack is knocked unconscious in a traffic collision. When the planet reboots twelve seconds later somehow history has been changed and The Beatles never existed. Except Jack still remembers them. It wouldn’t be wrong to claim authorship of the greatest collection of songs in history if no-one remembered them, would it?

On the surface, Yesterday is classic Richard Curtis. You have the slightly awkward, but still quite charming protagonist in Jack (Himesh Patel), the frizzy-haired, quirky potential love interest (Lily James), not to mention the hero’s group of slightly obnoxious middle-class friends. And then there’s the voyage of discovery Jack goes on which leads him to have to make some hard decisions. If it weren’t for the fantastical plot you could easily lump this in with Four Weddings, Love Actually or Notting Hill. As I said, classic Curtis. 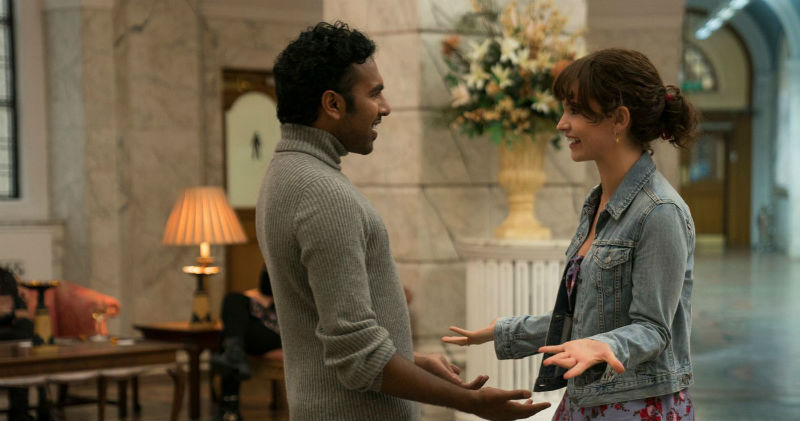 But then throw Danny Boyle into the mix and you get an entirely different beast. Boyle’s fast-paced, edgy directorial style really takes the edge off of Curtis’s trademark schmaltz, adding a little seasoning to what would otherwise be a saccharine-sweet tale. The two film-makers really do compliment each other and it’d be interesting to see them work on more projects together.

Himesh Patel’s gentle self-depreciation and comic timing make for a likeable hero and Lily James gives us a love interest with a lot more to offer than some of Curtis’s other heroines – in fact, she carries every scene in which she appears. Joel Fry’s sweet-natured but more-than-a-little dim best friend/roadie is also a highlight, as are Goodness Gracious Me’s Meera Syal and Sanjeev Bhaskar who play the most parenty parents I think I’ve ever seen committed to celluloid. They may be on the screen for only a couple of minutes, but they dominate those scenes. I’ve seen lots of praise for Kate McKinnon’s sneering Hollywood record executive but for me, she was the weak link in the chain – she wasn’t terrible, not by any means, but her performance came over to me as a slightly caricaturish moustache-twirling pantomime villain. 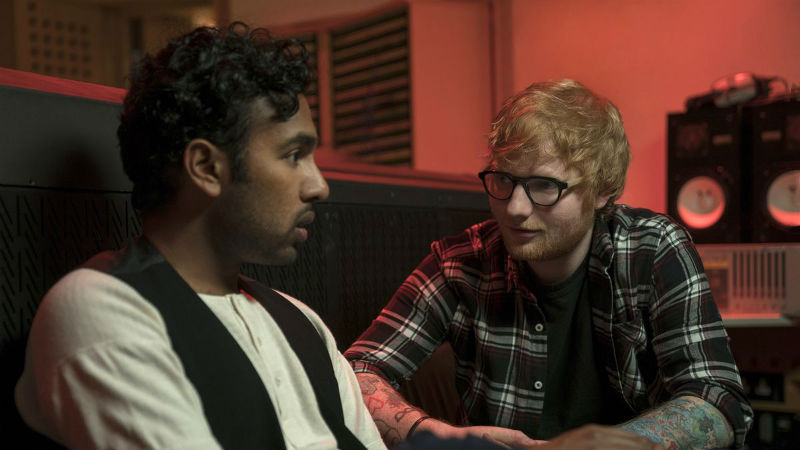 And then there are the two cameos everyone is talking about. I have no problem with the man personally, but James Corden haters can rejoice in the fact that his role here is just one, maybe two minutes in length – and he’s not particularly integral to the plot so if you really can’t stand the man, you can visit the bathroom during that scene. Much more central though is Ed Sheeran’s appearance. Once again he is only in it for a brief amount of time (maybe ten minutes over the entire duration, if that), but his part is very much the catalyst for what happens in the second and third acts of the film. Once again your mileage may vary, depending on how you feel about him. I will say that his inclusion here is wholly appropriate to the story and far more organic than his clunky Game Of Thrones cameo – and to give him his due, he does take a few pot shots at himself and his image. His performance isn’t what I would call amazing by any stretch of the imagination, but it’s certainly adequate for the purpose of the film. If it helps, the version of himself that he puts across is somewhat understated. As with Corden, I have no strong opinions on Mr Sheeran and he served his purpose to drive the story well enough.

The music, as you would expect, is spectacular. The songs really do stand up as masterpieces, no matter who is performing them, which is handy as that’s one of the major plot points here. Patel’s singing voice serves them well enough, but as a Beatles fan, I do believe that there was a lot more to the band’s appeal than just the songwriting and I wonder if someone with not quite as much charisma and stage presence as the Fab Four could become as successful as Jack does in such a short time. But this is a small quibble – as I said, the songs are great and I always love to hear new takes on them (the rooftop punk version of Help! and Jack’s impromptu sing-off with The Long And Winding Road being particular highlights). 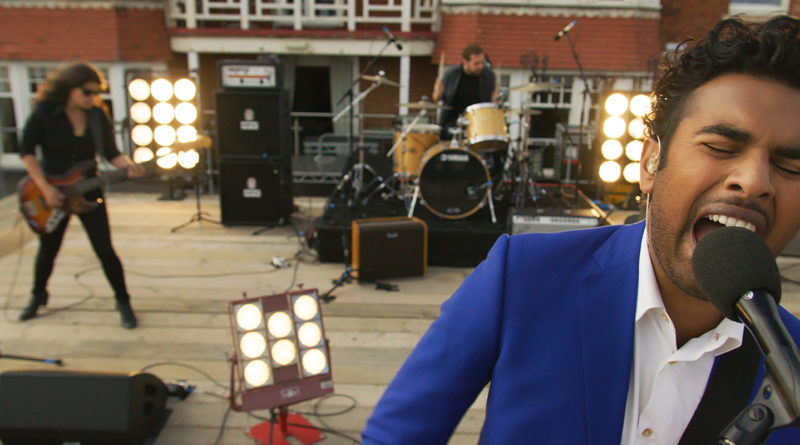 Towards the end of the second act, there are a couple of rather emotional scenes which come seemingly out of nowhere. One involving the marvellous Sarah Lancashire was really quite touching but the scene immediately after, when Jack uncovers something unexpected, was like a gut punch. A moment as devastating as it was beautiful – I don’t often cry at films, but that one almost broke me. When you watch it you’ll know which scene I mean. What could have actually been more than a little distasteful was handled with tact and grace by Boyle and Curtis.

I did think that in the final act the film lost some of its edge – I won’t say why for spoilerific reasons, but I felt that liberties were taken, necessary explanations were not given and ultimately, bad decisions were made by several of the characters with little reason or logic as to why. I also felt that more could have been said about the impact of sudden, massive fame on an individual, as well as the cultural impact The Beatles had on modern society (beyond an obvious “If The Beatles never existed, then neither did Oasis” gag). But once again, small quibbles which don’t really detract from the overall experience. 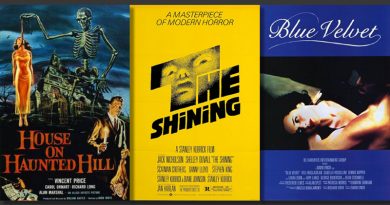 One thought on “Yesterday Review”