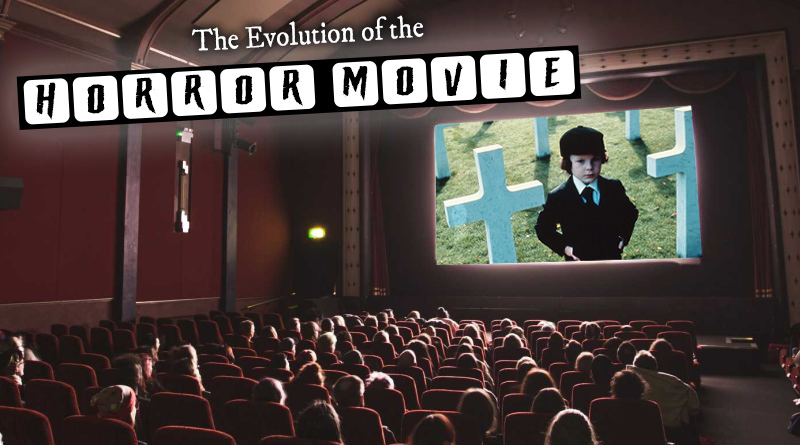 For horror fans, a cinematic centenary is just around the corner (2022 in-fact) and to celebrate this monumental moment of the monstrous Rob Mclaughlin takes a close look at the key points of the evolution of the horror movie. Today we stop in the 1970s to observe the transition from…

During the New Hollywood Cinema movement pioneering or innovative film-makers began to readily embrace the thematic elements of growing diversification, social realism and the change attitudes and outlooks within their films, providing a better representation of the real cultural shifts that were effecting American society during the turning of the decade.

1970s horror visited poked its decaying fingers into nearly every aspect of society during the decade with films presenting stories set in high-class social circles of ambassadors and the American gentry and the coming antichrist in The Omen (1976) while also visiting the upper-middle-class neighbourhoods of Washington in The Exorcist (1973).  The new ‘rich’ in their sky-high pre-fabricated communities in Starlight Towers in Shivers (1975) jostled shoulders with the ‘grindhouse’ backwaters of Texas inhabited by two thousand maniacs, planet-named cannibals as well as the sadistic Sawyers clan to gain audiences in the 1970s.

George Romero’s Dawn of the Dead (1978) for example, being set in a shopping mall provides a recognisable and familiar association with its audience of consumers creating an atmosphere where the environment and setting were as much part of the narrative as the dour streets of New York were as in Taxi Driver (1976). ‘New Wave Horror’ of the late 1960s and early 1970s thematically provided subversion and satire of American lifestyles and acutely critiqued the growing value of consumerism represented as gratuity, excess and extremity.

Horror films increasingly underpinned and represented the growing divides within American society and reflected contemporary social events such as the Vietnam, race riots and political corruption – issues that are explored in-depth in Robin Wood book ‘Hollywood From Vietnam to Reagan (1986). These shifting political, economic and social anxieties representing the excesses ‘at home’ (within the context of Western society) emphasising the home-grown nature of evil, often linking it to institutions such as the family or the forces of law and order. The Texas Chain Saw Massacre (1974) for example is a commentary on the excesses of society using the framework of a toxic Sawyers families environment, the gore and viscera might well be implied but it is the harrowing family environment and the behaviour displayed by Leatherface, Chop-Top and the others which is the real horror actually on display. Other aggressive homegrown horror can be seen in films such as Carrie (1976), and The Amityville Horror (1979) where the angry family environment and the supernatural intersect with terrifying effect.

The deliberate social commentary by the likes of George Romero and indeed Tobe Hooper himself were representing a society coming to grips with social trauma, shifting cultural change in economics portrayed horror in two extremes, one of high-class sophistication and the moneyed with The Omen and The Exorcist or off the beaten track with A Texas Chainsaw Massacre.  These representations of the two ends of the social spectrum, therefore, left a space for narratives to evolve and explore the newly developing modern middle classes, one that resided in suburbia a new reinterpretation of a ‘1950s nuclear family’ and one that started a new trend in film-making a representation of the unstoppable ‘Other’, a literal faceless adversary perfectly represented in John Carpenters Halloween (1978). placing it/him in a more relatable suburban setting allowed for the development of the horror/fantasy narrative cycle of films the early 1980s dubbed as the ‘suburban horror cycle’.

While Night was Romero’s first zombie film Dawn really hit home the Zombies-Take-Over theme. The world has very quickly turned upside down with the world survivors taking refuge where they can. The bleak day to day survival of the characters in a zombie-filled shopping mall mixes humour with the horrific as we get to see all kinds of zombies shambling through the wreckage of the abandoned shopping centre as half-remembered memories bring the undead horde back to something familiar. – (A bit like Merry Hill on a Saturday)

Robin Hardy only directed a handful of films throughout his career, and this classic from 1973 was unlike anything else people had ever seen, Christopher Lee as Lord Summerisle may well be a little over the top however his scenery-chewing performance fits perfectly with fantastically nightmarish feel to the film.

‘Dammit Rick you have Chronenberg’ed this entire Universe’ – if the use of a directors style and themes can be used in modern pop culture reference then the body horror associated with Chronenbergs work shows his body (no matter how twisted) as stood the test of time. Exploring themes about sexuality, repression and the temptation of the flesh Shivers is a masterpiece in society trying to create control and in doing so descends into chaos.

John Carpenters was by no means the creator of the slasher genre however his blank-faced unstoppable ‘shape’ is the literal poster-boy for the subsequent movies that followed. Often copied but never bettered from the movies initial tracking shot to the final shot (or six as it is) Michael Myers unstoppable killer is an emotionless juggernaut – a force of nature which cannot be reasoned with, talked to or as Dr Lumis states ‘I realized that what was living behind that boy’s eyes was purely and simply… evil’.

The 1970s provided a plethora of culture clashes with films like Deliverance (1972) showing the literal battle between the country and the city. In films like Texas Chainsaw, there is a highlight of the progression of society and those left behind. The huge cultural shifts of the 70s are again represented in The Hills Have Eyes in which a group of remote cannibals ambush and takes out tourists in various gruesome ways. Staring the iconic Michael Berryman the film was remade in the late 2000s – taking the horror to a more extreme level but missing the point that us flabby city types are not built for a conflict on the very fringes of society.

Come tomorrow for a look at the 1980s, an era in which monsters came into the suburbs and big-budget horror came into its own. 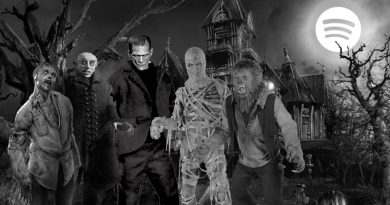 A Ghoulish Playlist For Your Halloween Party 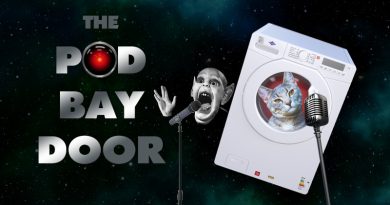