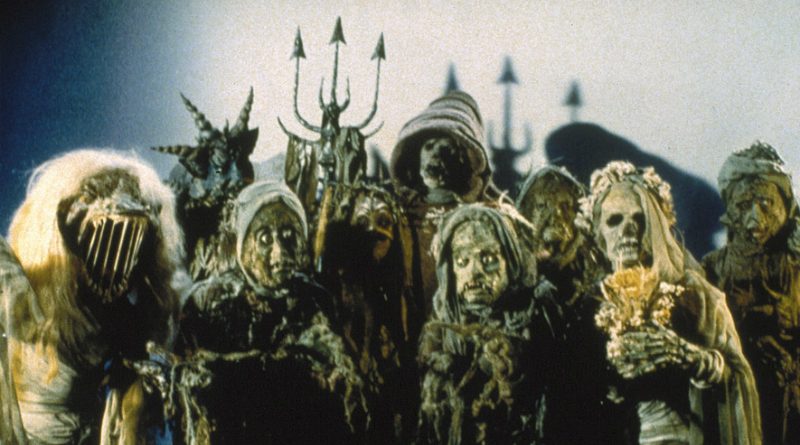 Ray Harryhausen, the pioneer of stop-motion techniques bought us many myths and legends to the cinematic screen. From Sinbad to Clash of the Titans the creatures and films created by him still are as enticing today as they were when they were first released. However, if you are expecting the same quality from of ‘Jack the Giant Killer’ I’m afraid you are going to be a little disappointed.

If say the 7th Voyage of Sinbad was a theme park then really it would be Disneyland – the top, best and most expensive one you could visit with all the thrills, spills and excitement you would expect. Harryhausen movies are premiership rides of fantasy. top-notch classics and worth the reputation so let’s be honest, for all its charm Jack the Giant Killer is not this – it’s essentially Gulliver’s Kingdom of stop-motion monster movies.

For those of you who have never had the pleasure of Gulliver’s Kingdom – The Peak District’s premier theme park, it’s JUST like Disneyland if everything was a little on the tatty side… still fun, still enjoyable but  everything was done on the cheap – it’s a make-do and mend mentality of a movie and that’s not to say it’s not fun: a little run down with no recent investment, a tad shabby around the edges, dated and lacks the pizzazz of its more pricey counterpart but really for all its weathered, worn out feel the kids will not fail to love it. Jack and its array of monsters are really the giant fibreglass mushrooms or the Chine, a bit tatty but loved over time – it’s cheap and cheerful and attempt to entertain but knows it restrictions and is content to not really attempt to compete with big-budget spectaculars.

Based on the myths of the south-west, more specifically Cornwall this is an early 60s light-hearted adventure is really aimed at kids and teens, there is, of course, no blood, gore and plenty of stop-motion monsters to watch. Generally, it’s all rather silly and falls into the ‘fantastic Saturday afternoon’ bracket of the mid-1980s when it was a rainy day, you could not be bothered to walk to the video shop and Sky hadn’t been invented.

This, of course, was at this time I first saw this movie and it still has that appeal,  a piece of harmless fun that should not set expectations too high but entertaining –  if you are in this mood and not expecting stop-motion perfection this perfect for a reminder of simpler times. 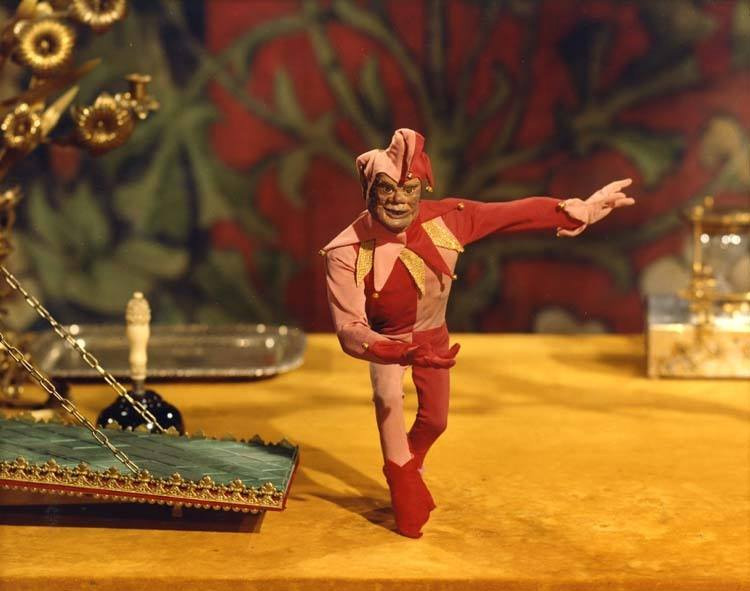 The plot of ‘Jack’ is a pretty standard fairy tale affair with princesses, evil magicians and dashing heroes. Essentially the evil magician Pendragon wants to rule Cornwall (but not the rest of the UK?) and kidnaps a princess as a ransom for the kingdom. It is then up to the farmer Jack to fight against the evil magician, storm his castle, slay the Dragon, rescue the princess and live happily ever after.

At nearly 50 years old the film, for the most part, stands the test of time, while there are laughable bits such as the castles of Cornwall being near day-glo orange and pink and the hammy acting by the beat of B-movie jobbing actors playing the kings, knights and squires of the ‘medieval’ times (think Americans trying to do English at the renaissance fair) some of the other elements still remain pretty well developed Torin Thatcher (who also plays the evil Sokurah in the 7th Voyage of Sinbad) gives a brilliant performance as the evil a moustache twisting bad-guy who is the epitome of pantomime villain. Along with his scenery-chewing malevolence is his cadre of Witches, monsters and demons. While the stop-motion creatures such as the giant Cormoran and the sea serpent at the end all look a little bit amateur, tatty and cheap and are in no way in the league of the meticulously designed and realised creations of Harryhausen some of the other monsters are quite effective and scary, all of which are done with make-up, costumes and optical effects. From the sea-hags to the cackling demon these creatures and the psychedelic, trance-inducing way in which they are used are pretty effective, as too are Pendragon’s secret sect of Witches who are generally really creepy as they can only be seen in mirrors. 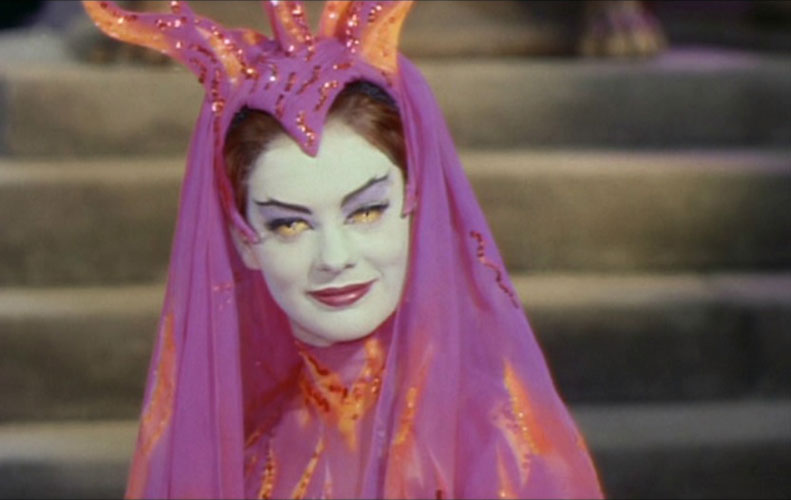 While the monsters are indeed this bizarre mix of amateur hour in the claymation department aimed at kids and visualised nightmare demons from the pits of a medieval  hell the overall film is a lightheaded adventure – Jack while not being the most charismatic of leads is handled well by another 7th Voyage veteran Kerwin Mathews who brings the everyman role to Jack – who for the most part gets help and assistance at every turn from a variety of sources such as benevolent Norsemen and Leprechauns and as such really brings very little to the whole heroic stakes, but still is affable enough to pass as a clean-cut hero. 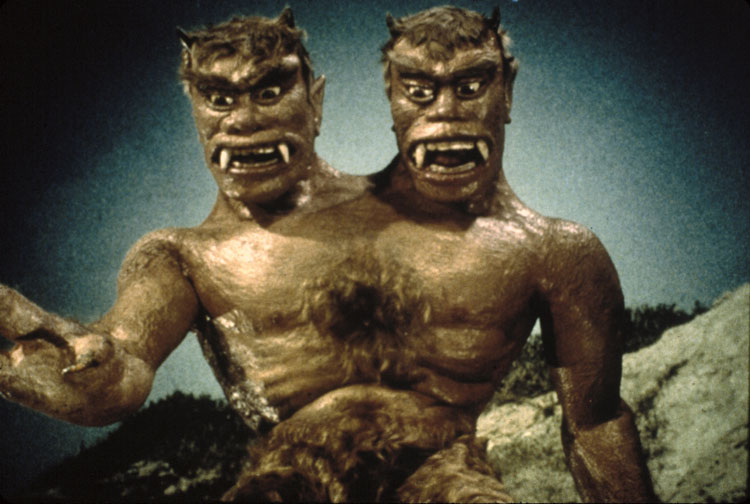 Overall then the film is a pretty standard affair story-wise, bulled up with some great if not astonishing effects but still has a certain charm to it, it does have a certain innocence to it and really is a pantomime come to life, full of heroic deeds, dashing leading men, fawning maidens, child side-kicks and evil wizards. The sets are bright, colourful and well done with evil castles (which of course explode at the end as they always do) are suitably creepy and gargoyle infested and the monsters never really that much of a threat, with even the Dragon at the end looking a bit Plasticene-like and harmless but overall its what it is – a nearly 50-year-old fairy story movie that is solid if light-hearted entertainment that isn’t really a ‘classic but has the vibe of a cheap yet cheerful way to pass an hour and a half. 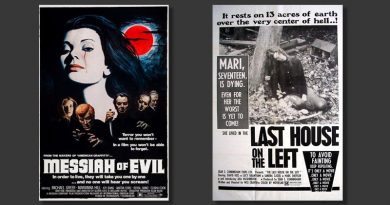