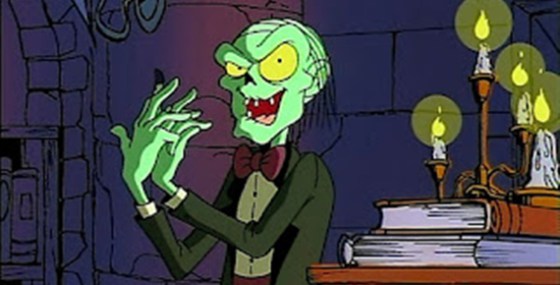 In the follow up to his article from a few weeks ago, Nathaniel explores more cartoons of dubious origin…

I was working my day job humming the tune to Tales from the Crypt, I suddenly remembered that there was a kids cartoon. Based on the HBO series and films, it got my brain moving. I minimised my actual work and started researching. Welcome to More Movies that became TV Shows: The Sequel….

1. Tales from the Crypt Keeper

I was humming the familiar tune to Tales from the Crypt, I don’t know why, but the cartoon leaped into my head.

Titled Tales from the Crypt Keeper, It basically used the same format as the films and HBO series. But it had a younger audience in mind. Based more on the HBO series, recasting John Kassir as the Keeper, it does have elements from the original comic books.

It introduced characters of the Old-Witch and the Vault-Keeper as foils for the Crypt Keeper. These three were the main storytellers from the EC Comics, The Tales from the Crypt, The Vault of Horror and The Haunt of Fear.

I’m not too sure why I didn’t remember it for Part I, especially as Tales from the Crypt has been mentioned in quite a few conversations I’ve had recently. But it spurred me on to undertake some more research and find for your scrutiny more TV shows based on movies.

Again it’s another show that I used to watch that I didn’t remember. But this was a series that was loosely based on the film. Developed and Executive Produced by Tim Burton (Not Tim Bisley as I wrote!) it kept the gothic Burton style with some changes.

The movie followed Geena Davies and Alec Baldwin as the Maitlands a couple who died at the beginning of the film. They are tasked to haunt their home after it becomes apparent they can’t leave. Then, the scary guy from Howard the Duck (and real life), Kevin McCallister’s mum and Winona Ryder move in.

In the series, Beetlejuice is more of a prankster, rather than a full-fledged villain. He and Lydia are friends, calling his name three times to summon him or take herself to the Neitherworld.

As with Tales from the Crypt Keeper, Beetlejuice used the same music, repurposed as the theme for the shows.

The characters remained the same, with Stanley, and Audrey being aged down. Audrey 2 was named Junior and had a strict non-meat diet! Stanley still worked at the flower shop under Audrey’s father Mr Mushnik. It was a shame Steve Martin’s dentis and Bill Murray’s masochistic patient don’t appear.

The show had musical numbers reminiscent of the 1986 musical and in place of the chorus girls it had three singing flowers.

If only they’d stuck with the original ending for that film!

The Michael J Fox fronted teen movie was turned into an animated TV series in 1986. Where the film centred on Scott Howard learning about his powers and showing them off for his peers, the TV show went down a different route. It was more about keeping the werewolf side of their lives secret, whilst still trying to fit in with the other people.

Although a lot of the characters from the film are carried over, there are differences too.
A little sister for Scott, Lupe, who is too young to know if she can change, is added. As well as his Transylvanian immigrant grandparents who now live with him.

I’ll be honest, I never saw this series, and it only ran for 21 episodes. But I hear the MTV show was entertaining!

5. Attack of the Killer Tomatoes

Again, this is a series that seemed to pass me by. I’m pretty sure I watched it on a Saturday/Sunday morning on Channel 4, but I could be wrong. (I’m not wrong)

The series stays in continuity with the 1978 film Attack of the killer Tomatoes; it follows on from the Great Tomato War. However, it has more in common with its sequel The Return of the Killer Tomatoes, featuring the character Dr Putrid T. Gangreen an Angry Scientist (not Mad). He is played by John Astin in both the films and the series.

As with many shows like this, it only lasted for 21 episodes. But if you are so interested there are four movies in this series!

A late addition to the list as one of our World Geekly Readers noticed I had ommited this from the first article. Police academy was a series of screwball comedies from the 1980’s. It started Steve Guttenberg and centered around a bunch of underdogs who struggled to prove themselves.

The series was set between films 4 and 5 and followed the characters from the film. Like Attack of the Killer Tomatoes it was canon to the movies.

It ran for 65 epsiodes over the course of a year in 1988 to 1989. It added a recurring cast if villains including Kingpin, who seemed to be based closely on the Marvel Comics villain of the same name.

As with most kids shows there were tie in toy merch. The main difference between the films and show was the addition of talking animals.

The animals were added to make the show more kid friendly and to be paired up with the human characters in the toy sets.

Being set after the abysmal The Mummy Returns it follows the exploits of the O’Connell family as they attempt to get yet another piece of Egyptian jewellery off Alex’s wrist. This time it’s the Manacle of Osiris as opposed to the Bracelet of Anubis from The Mummy Returns. But, they are being pursued by Imhotep who wants the manacle.

As the series was from 2001, I never got a chance to see this, despite loving the first film. I still argue that The Mummy is the spiritual sequel to the Indiana Jones Trilogy.

The series lasted two seasons, having the second season be retooled as The Mummy: Secrets of the Medjai, where Alex trains to be a Medjai. The show was cancelled in 2003, and there was never a Mummy film made again… 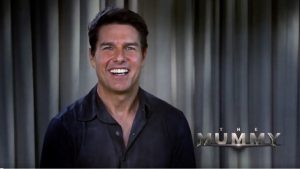 Are there any other TV shows I’ve missed? Should there be third sequel article just listing cartoons based on movies? Should we just search the vault for old cartoons and reminisce about them? Let me know in the comments below.

I’m the Ultimate Movie Geek, if you like my mental wanderings and slight tangents you can follow me on Facebook, and Instagram. I also host the Official Podcast for WorldGeeklyNews.com called the MAaD Movie Pod on iTunes and SoundCloud. 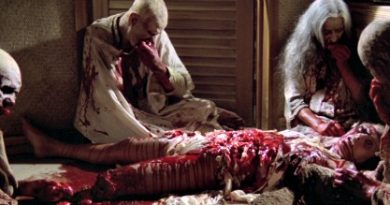