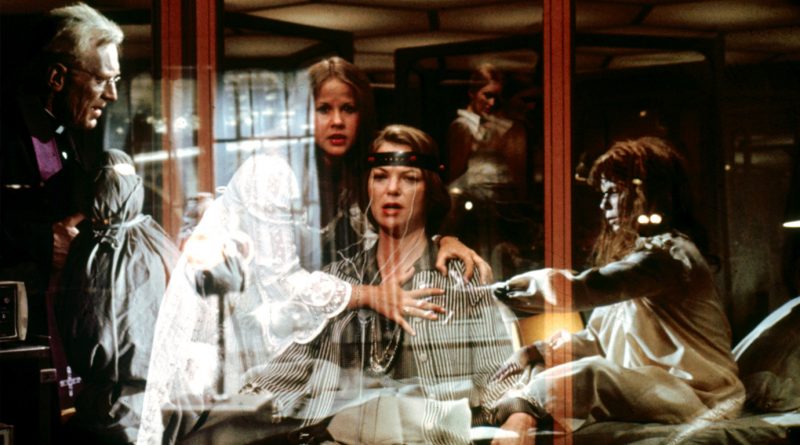 It feels like any film nowadays which is a box office success spawns a sequel or is pushed into becoming part if a franchise. This isn’t a new thing per se, but it seems more obvious and in your face these days. In no genre is this more prevalent than in horror. It’s probably since the mid 80’s that the rise of the horror sequels really began and has been rising ever since. Some of these follow-ups, remakes and prequels have been good, heck, some are actually arguably better than the first film but more often than not they will reach a film which kills the franchise.

The interesting thing about horror though, is they don’t stay dead. Some will keep coming back years after the previous film seemingly killed any inkling of a new film in a franchise.

But why do some franchises continue to be resurrected while others vanish?

One factor is if you have an iconic character who is still relevant years after a sequel seemingly shoots a franchise dead on its feet.

Halloween is a great example of this;

Originally not planned as a series about Michael Myers, John Carpenter wanted series of films focusing on different horror themes. So after Halloween 2 (the direct sequel to the first film) along comes number 3 which aimed to tell a completely different story about haunted masks. Even though it’s actually a pretty awesome film, it’s not what people expected thus seemingly ending the franchise right there.

Or at least it did for 6 years when they decided to bring Michael Myers back from the dead and continue the story the first 2 films told. It worked pretty well and 2 more films were made. But, either down to the unfortunate death of Donald Pleasance or the shoddy last minute edits, number 6 in the series bombed big time. It drew a lot of hate from the fans (although it garnered some praise when a producers cut appeared many years later, fixing many of its issues.) Again the series seemed dead. Where could the story go?

Enter Halloween H20 3 years later albeit a much shorter gap then between 3 and 4. H20 decided to rule out the events of parts 3-6 and would continue 20 years after the events of part 2. It aimed to bring in fresh young blood and bring the series into the mainstream again. It worked and was successful enough for the franchise to come back…for one more film. The dreadful Halloween Resurrection truly put the final nail in the coffin. After that, the series truly couldn’t continue….

“We Can Rebuild it. We Have the Technology…and More Importantly the Film Rights.”

Well, it didn’t exactly continue, but it did get a remake in 2007 by Rob Zombie, who brought a new twist and energy to the franchise, echoing the past while bringing his own twisted mentality to the film. It did well and as with all successful films these days, it got a sequel. It looked like Halloween was going string again…until the second film came out. The sequel was generally hated by fans and critics and quickly ruled out any more being directed by Mr Zombie.

And that was it for Halloween… at least until 2018 when they decided to make a sequel to Carpenters original film and ruling out films 2-8 and the Rob Zombie ones. It seems like an entirely pointless exercise but it has received some good reviews from fans and critics. It’s possible another will follow and who knows it could get a franchise which should have died many years ago a new lease on life.

The same has happened with Friday the 13th and Nightmare on Elm Street. Both had long surpassed their logical endings and felt the need to make one more film.

For Friday the 13th it was part 9 Jason Goes To Hell which killed it, at least for a while as there was nowhere left to go with the character. It both kind of worked as a terrible end to the series, while also being so bad most people didn’t care. Jason X followed years later and ignored part 9 and just went to space. Possibly made to keep the rights of the franchise in the hope that one day it would come back, the film tried something different. But ultimately no part 11 came. We did get a spin-off in the form of Freddy Vs Jason and a well-received remake but it looks like at least for the moment Jason is dead.

Freddy, on the other hand, struggled through numerous sequels with the second almost stopping the franchise dead in the water. But 3-6 followed with mixed results. The character became so iconic with a tv show, comics, toys, it was obvious he wouldn’t be gone for long. Wes Craven would return to create A New Nightmare in the hope of bringing some freshness to the series. It worked but no-one cared by this point. He featured in the spin-off Freddy versus Jason. But that would be it until 2010’s dreadful remake. At least filmwise everyone seems to have now forgotten poor old Freddy.

Horror Movie 2: The Sequel Nobody Asked For.

Other times you get a sequel to a film which no one really needed or wanted. A film solely created to make money off the success of the first and possibly spawn more follow-ups.

Films such as The Blair Witch Project, the Howling and An American Werewolf In London never needed sequels but all magically got them. They were pointless and almost sours the taste of the fantastic originals. Blair Witch even got a recent reboot for no real reason as it wasn’t in the public eye anymore and it wasn’t like fans were begging for one.

To Boldly Go Where No Franchise Has Gone Before!

Another big no-no in horror is going to space. It’s fine if the franchise belongs in space like Alien but if it’s meant to be grounded on earth, space is usually a good way to kill your horror franchise.

Critters! A pretty good film, different enough to things like Gremlins to stay separate and original enough to be quite memorable. The first 2 sequels again went too bad and were pretty fun horror films (the third film even features Leonardo Do Caprio’s first movie performance). Then came number 4. Apparently, with no new ideas on where to take the franchise and refusing to just let it be a trilogy, filmmakers decided ‘You know what! Let’s set the next film in space’. And what a bad idea that was. The film bombed and was regarded as pretty terrible. I have a soft spot for it, but even I can admit it’s awful.  Critters was finished until SyFy recently acquired the rights. Now they aim to bring the cute little violent creatures back to life. It’s another surprising one as they having been in the spotlight in recent years. It’s pretty much studios trawling through what used to be big and hasn’t been remade already.

4 years after the critters went to space who would join them? Well, none other then Warwick Davies’ titular character  in the  horror franchise ‘Leprechaun’. The first film was a pretty creepy hit which somehow spawned a bunch of sequels. But for some reason, they thought for part 4 they should set the film in space. Why? Who knows. Did it work? No, not really. It would be 4 years before they decided we needed a new film. To which we got a follow up in the firm of Leprechaun in da hood. Surprisingly it worked spawning another sequel. This looked like the end.

Skip 11 years in time and studio execs decided we needed a reboot, so they did it. It was terrible and most people hated it. This was the final nail, or so we thought until SyFy acquired the rights. So it looks as if the Leprechaun will also rise again.

You Just Can’t Keep A Good Monster Down.

So what did all this rambling amount too? The only conclusion I can come up with is if something has the possibility of making money and needs very little originality, studios will keep bringing these characters and series back to life. They will all die again but for how long???

Is there an awful sequel that you still unabashedly love? Did we forget a franchise killer you think is important? Let us know in the comments bellow. And as always follow us on Facebook and Twitter.

In preparation for the article we forced Aaron Nash to watch every awful sequel we could find. WGN’s physician Dr. Ludavico monitored all of his vitals to ensure Aaron’s safety….after tightening the restraints and taping open his eyelids of course.  Aaron’s fine now, really, it’s ok. Though he does seem to get violently ill now whenever someone plays synth-pop music. Sorry Aaron. Our bad.

In accordance with WGN’s strict policies and procedures we of course all took bets on which film would finally break Aaron. So congrats to  Steve in accounting for your pick of “The Howling II: Your Sister is A Werewolf.” You can come to the editors offices and claim your prize! 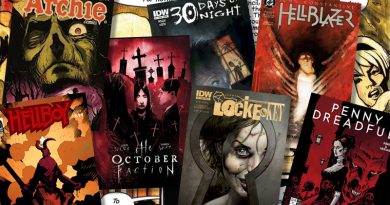 Comics to read and watch for Halloween 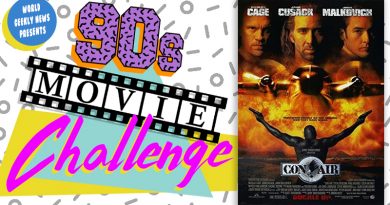 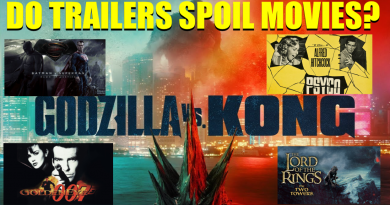