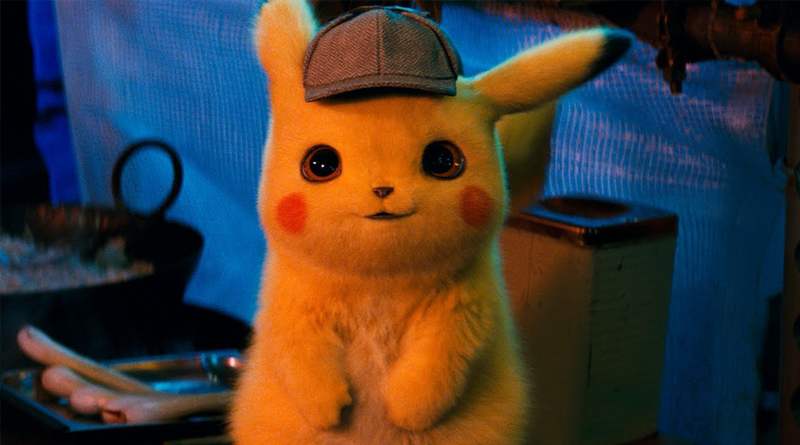 At a time when video game movies are failing to miss the mark and being scrutinised harder than ever* Detective Pikachu is coming in with a weight of expectations on its fuzzy yellow shoulders. Luckily it lives up to the hype and much more. It’s not the smartest movie you’ll ever see but between its excellent, slightly campy performances and incredible world building its one of the most vibrant and imaginative films to come out this year.

Detective Pikachu wakes up after a car crash with a brand new voice and a bad case of amnesia, stumbles his way in to Rhyme City and comes across Tim Goodman routing through the apartment of his deceased father. From there the story spirals in to a tale of twists, intrigue and mystery that gets slightly lost in its some of its own threads and a seemingly constant desire to surprise the audience. But the plot is, though a bit simple, solid and backed up by a very talented main cast and a supporting cast of pokemon who are used to their fullest.

The biggest talent of this cast is of course Ryan Reynolds, who pulls off a family friendly version of his Deadpool style patter from the get go. But, he is not the only shining star here. Justice Smith and Katherine Newton; both lesser known actors, also do a fantastic job of selling the impact of their CGI counterparts. At first the entire cast is a little hard done by, thanks to some overly cheesy dialogue, but it doesn’t take long for the film to embrace its absurdity and as soon as it does Detective Pikachu hits its stride.

Without that absurdity Pikachu would be a fairly simple, paint by the numbers, detective movie. But this movie stands head and shoulders above its video game peers because of a clear love and respect for the source material. The pokemon of this world are front and centre throughout the movie and they are more than just 1 dimensional set dressing. They are vibrant characters with personalities, traits and lives. The way they are involved in the story is truly special and it makes some of the twists and turns feel less gimmick-y and more genuinely connected to this story and this world.

Detective Pikachu is not the smartest movie you’ve ever seen, its cheesy and simple but charming and fantastical. If it weren’t for it’s excellent cast and warm humour it would struggle to deserve much praise but what really makes it brilliant is the incredible world building and respect for its source material. If you came for a funny detective film, you’ll have a good time, If you came for a great Pokemon movie, your in for an absolute treat.

*I’m not pointing fingers but if i were they would be blue, oddly proportioned and have weirdly human teeth (why does he have human teeth!?) 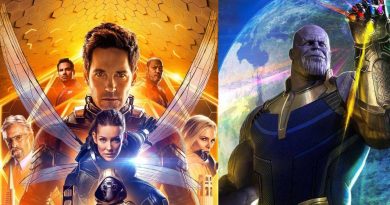 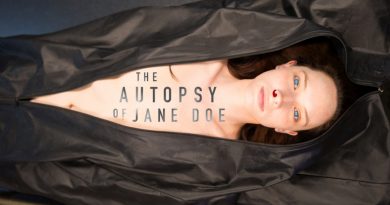