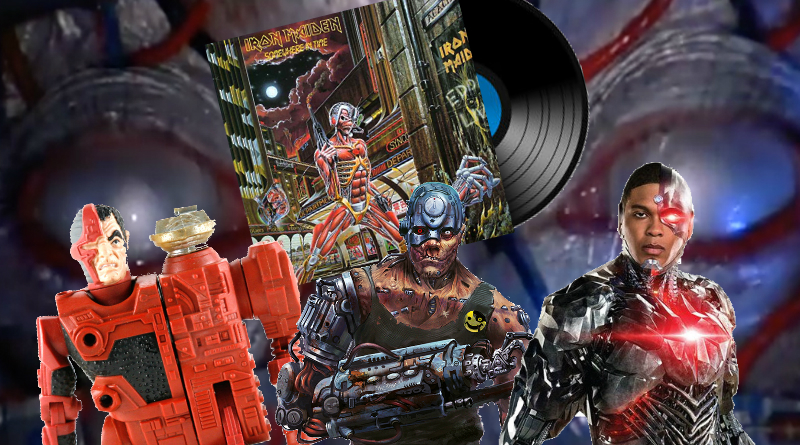 While the world of cinema, television and comic books best known cybernetic organisms are built by Cyberdyne, OCP, Tyrell Corporation, or cost six million quid to make there are those half man half machines out there who just don’t get the recognition they deserve – so you can keep your Molly Millions, Borgs and Cybermen here are ten Cyborgs who just don’t get enough credit

While we may lament about the fact we may never see a sequel to the most recent cinematic adaptation of Dredd there is always the fact we have Danny Canons mid-90s version to show how not to do a Dredd movie. Lambasted by nearly everyone who saw it the only redeeming feature was the adaptation Angels gangs most famous son – Mean Machine. Not so much half man half machine but rather Mean Machine is half psychopath half junkpile – a one-armed head-butting wrecking machine who for the most part is a downright mean, angry and aggressive piece of work but for those times when just that little bit more anger is needed he has a convenient dial that allows him to kick up into a full berserker rage (just never let him get to 4 and a half!)

While currently getting to play with the big boys and girls of the DC Universe, not to mention the Doom Patrol series, this wasn’t always the case for Victor Stone who spent the majority of his superhero career with the Teen Titans.  Created in the early 1980s by comic legends Marv Wolfman and George Perez Cyborg was originally a jive-talking tech-heavy companion to the likes of Robin, Beast Boy and Raven. Being part of in the classic stories involving Trigon, Deathstroke and Jericho Cyborg and the rest of the crew were actually as popular.

Never heard of Metalstorm? Well, that’s not surprising it was one of many early 1980s fantasy/sci-fi film that along with the likes of Space Raiders (not the crisps), The Sword and the Sorcerer and Deathstalker filled the bottom shelves of video shops across the country. While being for the most part completely forgettable there are a few elements that make Metalstorm stand one with one of these being Baal the cyborg son of the films main bad guy Jared-Syn. While by today’s standards the visual effects works to create the craw grabbing Baal are lamentable the whole effect of a half man half machine creation with a vast grabbing arm was impressive – especially when you take into consideration the film was designed to be seen in 3D so yes you guessed right there is a lot of appendage waving and grabbing things in front of him at eye level.

With a name like Mandroid, the connotations of Femme-bots come to mind, however rather than some subservient machine-gun totting sex-slave the Mandroid was the creation of mad scientist Dr Reeves in this 1980s B-Movie classic. A soldier pieced together, the Mandroid was the ultimate fighting machine and had the added bonus of having his own personal tank thing he could link up into. Without giving the end away if you ever want to watch all-out Cyborg vs Cyborg (dressed as a Roman Centurian) action then this is the film for you.

Michael Ironside is awesome. For anyone who has ever watched the V mini-series from the 80s or even Total Recall, you know full well never ever to mess with Michael Ironside. However, before he defeated the visitors or gave Arnie a run for his money he appeared in this 80s b-movie classic as the villainous Overdog. A pasty-faced ruler of ‘The Zone’ (Think Crystal Maze but with less pony trekking holidays to be won) Overdog ruled the games with not so much an iron fist but rather two immense metal clawed hands. Set upon a giant pivot to allow him to overlook the entire Zone Overdog was the sci-fi equivalent of one of those grabbing machines you get in arcades – hugely impractical, limited in movement and completely useless for the job intended to do.

Best known for being run in three parts across 1980s ITV Saturday Morning TV show Get Fresh (the one set in a Spaceship with Gaz Topp and Gilbert the snotty alien) The Centurions were three gaudily clad special forces superheroes who wore special costumes onto which weapons systems could be attached. For the cynics among you this was a superb way of creating a toy-line where you can add pieces or machinery and guns to for a bit of pew-pew-pew action and while not in any way as popular as Transformers, the combination of man and machine (Power Extreme) was not a bad 80s show that did the job of sating toy manufacturers dream of you buying every bolt, add on and extension and balding 40 something’s like me when I was 10 for some cool looking futuristic 80s tech.

But when it comes to Cyborgs Jake, Ace and the bloke in the sea who looked like Tom Selleck had their hands full week after week as their nemesis (nemesises…nemisi?) were not one but two Cyborgs. The first being a big bald burly brute called Hacker who was part hired thug part big blue missile launcher and the second being the main protagonist for the show – an evil genius called Doc Terror.  However, for a genius he really wasn’t that clever as the cyborg element both he and Hacker wore were huge, immense ridiculously big mechanical parts that resembled lego. With so much bulk easy things like walking through walls or going to the loo must have been a nightmare and even walking with so much junk on must have been a mission itself, this is probably why each and every week they got their bottoms handed to them by what looked like three refugees from a neon -village people tribute act.

For other cybernetic cartoon shenanigans check out MASK, Galaxy Rangers, Bionic 6 and Silverhawks who rocked the liquid metal look years before the T-1000 owned it.

How do you make the iconic zombie poster-boy from Iron Maiden even cooler? Well, you throw him into the future and get classic album artist Derek Riggs to deck him out in cybernetic gear. Sporting what looks like a Sayian scouter and equipped with a futuristic laser gun Eddie fits right into this Blade Runner inspired wrap-around cover artwork that was filled with references to previous Maiden song and lyrics. While we can all nowadays get everything instantaneously straight from the web music wise there is still something to be said for the beauty of vinyl and the intricate artwork that came with the album covers.

Check out our article about how this album has one of the geekiest covers in all of rock music history.

A thing of child-nightmare fuel, Vera’s transformation into a Cyborg in Superman 3 is something that still haunts people today. While the actual Cyborg created by Gus Gorman’s super-computer is laughably bad (essentially a middle-aged lady covered in tin foil with a wig on) it’s the process of the rather brutal transformation that sticks in the memory the fact that the snarky Vera is grabbed by a tractor beam and pulled back into the core of the computer, wrapped in wire and forcibly has bits of metal and cabling sewn onto her is still even now quite nasty… in case you are brave enough watch the entire thing below (Shudder)

A product of the 90s ‘EXTREME’ comic culture Cable is the epitome of every cliché from that time of comics. Created by Rob Liefeld Cable was decked out with shoulder pads, infeasible guns, pockets, pouches, belts and buckles and of course was a cyborg with a glowing eye and segmented metal arm and chest. With the most convoluted back story in comic Cable aka Nathan Dayspring Summers who is the son of Cyclops bought up in a distant future… Oh never mind, let’s just say Cable is probably the best of a bad bunch of Marvel cyborgs which include Garrison Kane (Weapon X), Manborg (Alpha Flight) Gamesmaster (X-Men villain) Deathlok (Agents of SHIELD) and an alternative version of Cable who is also Wolverine (yes, this is real!).

If you are a nerdy 15-year-old boy in the 80s you are probably into two things… computers and women and when your potential girlfriend is severely injured the best thing you can possibly do is combine the two into a cybernetic girlfriend-borg, that is until she becomes an unstoppable killing machine. Another Cyborg from the 80s (also see Nemesis, Cyborg, Chopping Mall and Screamers) this teen horror/sci-fi comedy (sorry…it’s not supposed to be a comedy) was directed by none other than Wes Craven, the man who bought you Freddy Krueger and Scream and while the film could have been a horror classic the fact that the robot in it (BB) and the cyborg Samantha (played by the original Buffy Kristy Swanson) are so laughably bad that this is a guilty pleasure only to be watched with tongue very firmly in cheek. Don’t believe me then see what Sam does to her neighbour with a basketball!

Got any more cyborgs to add to the list? Why not let us know in the comments down below… 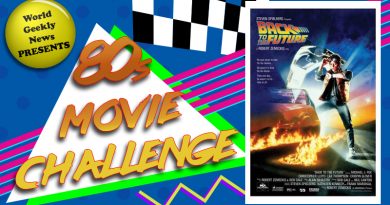