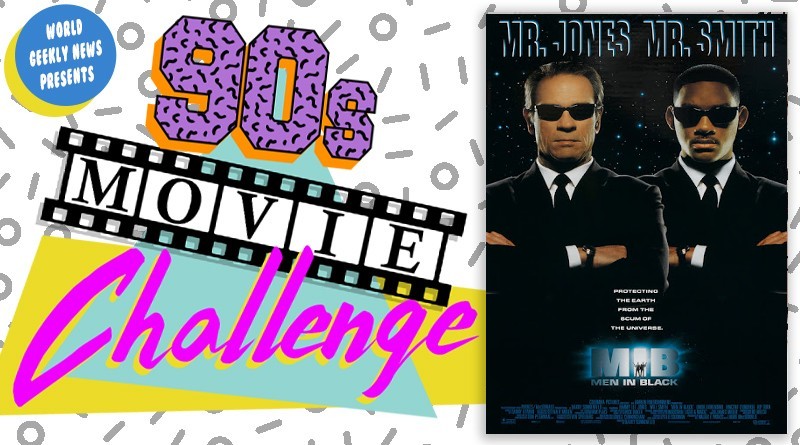 Welcome 90s movie fans! This week we hand over to Nathaniel Jepson who heads back to 1997 to look to the stars for signs of [FLASH] er… what was I saying? Er… We look to… Nope. It’s gone. I can’t remember what I was going to say.

Oh well, here’s our Ultimate Movie Geek to tell us all about MEN IN BLACK!

Remember remember the Fifth of November… strangely I’ve forgotten how the end of that goes. But what I do know is it’s my turn to look at a 90’s movie in World Geekly News’s 90’s challenge. And today I’m going to talk about Men in Black from 1997.

I never saw it in the cinema. I first saw this on VHS. My dad went to Blockbuster and bought this and the N64 Goldeneye game. No wrapping, no fanfare, just these two gifts. I loved it. 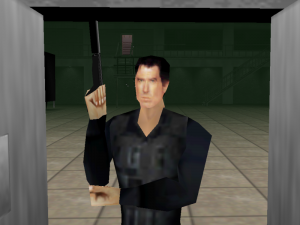 The first thing I did was stick Goldeneye on, because let’s face it, it was Saturday afternoon and I had nothing else to do. I had watched Goldeneye in preparation to playing the game and my love for James Bond had been rekindled because Goldeneye was a brilliant film. Bond was back and he had to take down 006 from lasering the world from the space laser goldeneye. The game was exactly the same, and I know looking back at the game now it is dated, it is slightly janky, but it followed the scenes from the film perfectly. You were Bond and it was great.

So right about now, you’re probably thinking have I clicked on a video/article about Goldeneye or Men in Black? And I’ll tell ya, I was unable to get to the list of 90’s films before all the other great contributors to this site so I was left with Men in Black. It doesn’t matter, I do love Men in Black… the film’s good too.

But what did I love about Men in Black?

Men in Black came out at a time when Will Smith was everywhere. Off the back of Fresh Prince of Bel-Air, which strangely I watched an episode of the other day. Well, I was nodding. He also got a starring role in Bad Boys and Roland Emmerich’s Independence Day. At the same time, he was still releasing albums, in this case, Big Willie Style. He got the role of Agent J in an adaptation of Aircel Comics Men in Black opposite Tommy Lee Jones. 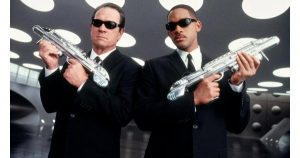 The film is about the mysterious secret organization called the Men in Black, who supervise extraterrestrial lifeforms who live on Earth and hide their existence from ordinary humans. But it’s a lot more than that. The film is funny, stylish and has for the 90’s some entertaining CGI.

Directed by Barry Sonnenfeld who also made the Addams Family and its sequel, which includes one of the best jokes ever committed to film.

Gomez: He has my father’s eyes.

Morticia: Gomez, take those out of his mouth.”

Thinking about it I should have asked to review that!

But, here we have a mix of CG and model work that blend together to make an entertaining bag of blockbuster proportions. Not sure what that means, but hey ho.

J is recruited into the Men in Black by K, and they go on the hunt for an alien who has landed on Earth without permission. Gives a whole different take on illegal aliens.

The villain is a bug a cockroach type alien who is after a galaxy that is supposedly on Orion’s Belt. It quickly becomes a cop show but works hard to show that it is more than that. Equipping J and K with shiny weapons, a car that is faster than it looks and a neuralizer. A device that removes the memories of people who have come into contact with an alien. It’s a clever device to have a secret organisation partake in large set pieces but remain secret. 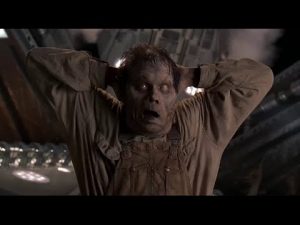 The bug takes over Edgar a farmer who it is quick to establish is a bit of a knob. The Bug wears him as a suit, and I think it’s this aspect of the film for me that makes it work. Vincent D’Onofrio plays Edgar Bug and it’s fantastic. Once the bug is in Edgar costume it looks like it doesn’t fit well, there are folds and bulges where there shouldn’t be bulges and fold. Then throughout the film, the Edgar suit is decomposing, becoming worse and worse. It’s absolutely brilliant, and just gives D’Onofrio something to chew on throughout.

Sequels were made, and I’d argue the story for the third is better than the second, but you can watch my In defence of Men in Black 2 video here.

Men in Black is a great popcorn effects flick, that does remain an entertaining film to this day. Looking at the sequels and reboots though it appears to have been lightning in a bottle that hasn’t been able to be replicated.

I will say this though, I do wish Will Smith would commit to writing music for the films he’s in, it just seems like there’s something missing when he’s not rapping through the credits. 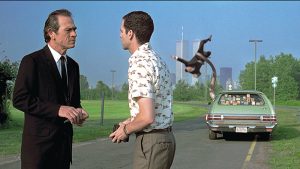 Please,  like and Subscribe and ring that bell to be notified every time I release a video on my channel. Don’t forget to check out the many great articles on World Geekly News, like this one.

Come back next week – as we approach Remembrance weekend – as Paul Childs heads back to 1993 to look at a true story of heroism during World War II and remembers the fallen – including those on SCHINDLER’S LIST. 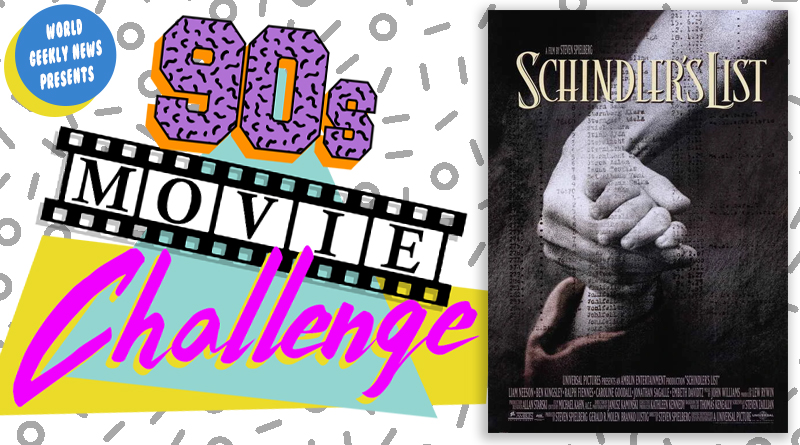