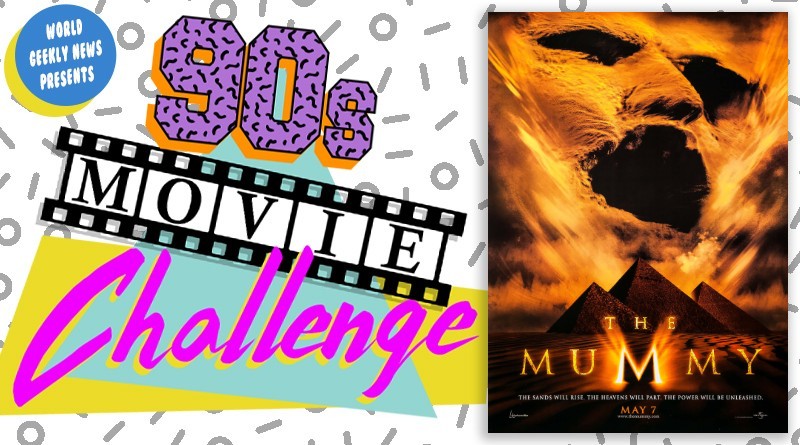 Welcome back pals. Time for another #90sMC, but let’s get a couple of apologies out for the way first. To start with – this piece is a few days late, so we’re very sorry about that. Secondly, you may have been expecting The Addams Family instead of this week’s replacement. Sometimes life gets in the way and things can’t be helped. The piece will appear at some point in the future when things calm down.

We could have given it to another member of the team but Jane loves The Addams Family so much that anyone who tried to take it from her was threatened with being buried alive in an unmarked sarcophagus for three thousand years with only some hangry scarab beetles for company.

Speaking of which, let’s hand over to Paul Childs to take us back to 1999 as he summons… The Mummy!

I can remember what I ate before I went to see The Mummy. McDonald’s were running their “Curry In A Hurry” promotion, and, as with most things nostalgic, there’s a copy of the TV ad on YouTube:

I had the McChicken Tikka Naan with Diet Coke, fries and a sachet of curry flavouring to pour over them. I’ve no idea why I can remember that; I just can. But then food always has been an important part of the cinema-goer’s journey. I had nachos with chillis the second time I went to see Titanic. I had Honey & Mustard flavour Pretzel Pieces when I went to see Van Helsing. Why, just a few weeks ago I had Pick ‘n’ Mix when I went to see No Time To Die.

What’s that got to do with this week’s (well, last week’s actually, if we’re being technical) movie, The Mummy? Nothing, apart from these 80s and 90s films that we’ve been watching and talking about now for almost two years provide little time capsules back to the day when we first saw them – and certain foods tend to trigger similar feelings of nostalgia.

So let me take you back to 1999. The nineties and horror were uneasy bedfellows. It’s not generally regarded as one of horror’s finest periods, although some absolute stonkers were produced in that decade – The Blair Witch Project, Dracula, The Silence of the Lambs and next week’s Scream to name but a few.

And The Mummy almost – almost – had the potential to join them as one of the shining examples of 90s horror. Now, I’m not saying it’s a bad film, or that I don’t like it – neither is true, but I struggle to describe it as a horror movie. Not really.

If you’ve seen it, then you know it’s more of a rip-roaring, tomb raiding, swashbuckling adventure more akin to Indiana Jones or King Solomon’s Mines than the Universal scare-fest from which it draws its inspiration. But it could have been…

It was the late 1980s when Universal decided to revive their long embalmed franchise as a relatively low cost series, starting with a budget of $10m. That never came to pass, with the finished product costing around $80m (and bringing in over $400m) but a lot of big names were associated with the project before the incarnation we now know and love rose from the tomb.

The first treatment, written by zombie-king George A Romero, featured the revived Mummy going on a rampage through the modern-day to find a MacGuffin to destroy the world. However, Romero lost interest and the job was offered to Clive Barker, whose own story featured another modern-day setting. His idea was for a museum to inadvertently unleash the Mummy through their new Egypt exhibition.

When this was regarded as too obscure, next up came Joe Dante, whose own still modern-day set version began to resemble the finished product somewhat. The cost of Dante’s idea though was far too high so Universal then returned to Romero. This time he pitched a doomed romance in which a modern-day archaeologist became linked, through a past life, with our bandaged chum who went on a Terminator-style quest to punish his grave robbers.

This time the project was dropped when Romero had other unavoidable commitments. If you’ve seen the 1999 film though, you’ll have noticed that many elements of these past few incarnations did indeed finally make it into the film.

Writer Mick Garris – who had originally worked on the Barker version – returned to the project in the mid-90s and it was him who first suggested making the film a period piece. However, when Wes Craven turned down the opportunity to direct the film, he also left.

And that brings us to Kevin Jarre and Stephen Sommers who were brought on board to write and direct respectively. Sommers was still young but had some clout, having recently directed Disney’s first live-action remake of The Jungle Book and the fun creature feature Deep Rising. Between them, Jarre and Sommers convinced Universal that the film would work better as a larger-scale remake of the original than something entirely new – and as such it would require a vastly increased budget. Sommer’s eighteen-page script treatment convinced Universal to part with their cash.

And that’s even before we get to the casting of the hero! The role of O’Connell was offered to Ben Affleck, Matt Damon, Tom Cruise (who would, of course, go on to star in the 2017 version) and Brad Pitt before the live-action version of George Of The Jungle started to make a decent amount of money and Brendan Fraser was suddenly an attractive prospect as an action hero (and exactly the Errol Flynn kind of character Sommers was looking for).

Rachel Weisz had to audition several times for the role as Evie, fighting to compete against many bigger American names. John Hannah as her brother Jonathan was offered the part off the back of his roles in Four Weddings & A Funeral and the forthcoming Sliding Doors, although he never really understood why he’d been regarded as this great comedic actor they all through he was. When voicing his concerns about this to Sommers, the director told him to “Just mess around in the background, and if it’s funny, we’ll cover it.” 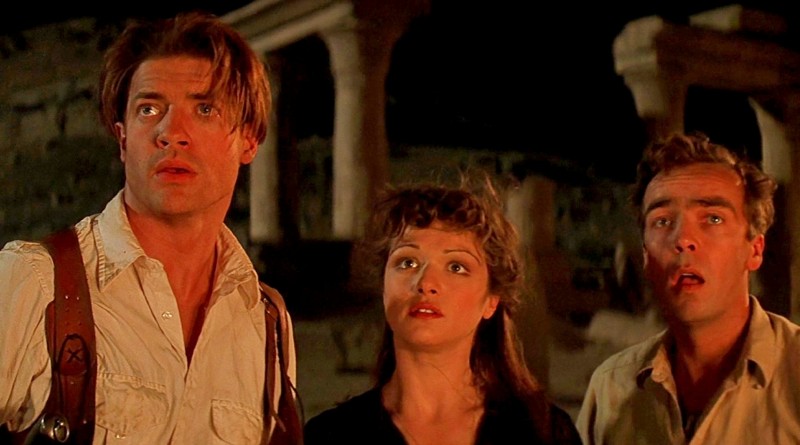 The eight-fold increase in budget really paid off in the end. There was talk at the time that Universal was struggling and if The Mummy had flopped, like its other big-budget gambles Babe: Pig In The City and EdTV (a case of very poor timing as it was outperformed by its similar contemporary The Truman Show) it could have gone under. But instead, The Mummy was a big hit and it led to a turnaround in the studio’s fortunes – including the then standalone The Fast And The Furious which has gone on to revitalise Universal’s fortunes with its box office domination for nearly two decades.

So, going back to cinema and food…

The Mummy is never going to compete for scares with its horror contemporaries. It’s more of a rollercoaster ride than an out-and-out terror-fest. However, if you’re looking for something fun and entertaining for a night in, then you could do a lot worse than popping this on and grabbing yourself a massive bowl of popcorn.

Come back tomorrow for more horrific 90s shenanigans as Jodie Hinton in her debut for WGN heads back to 1996 to tell us all about her favourite scary movie – and what she’s got to say might make you Scream! 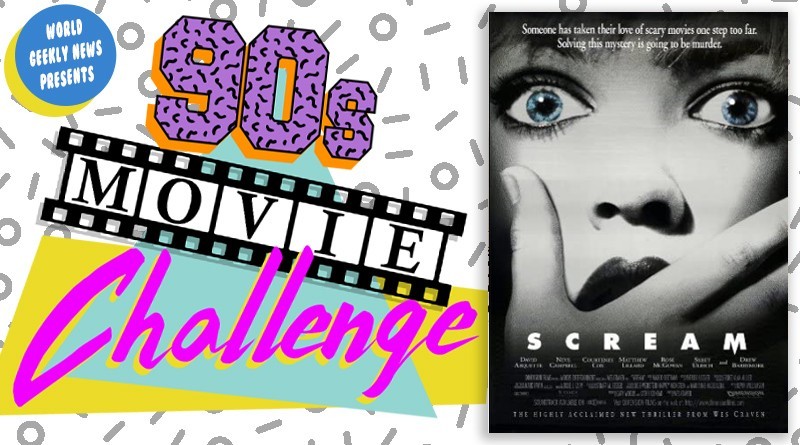 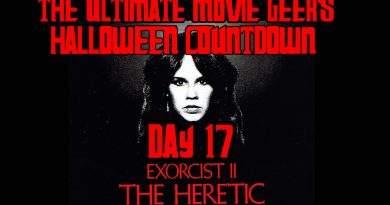 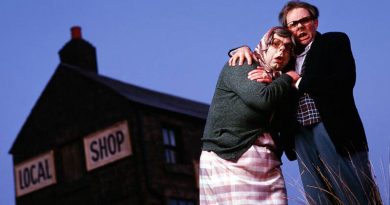 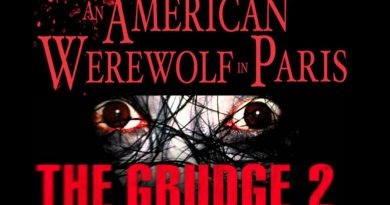