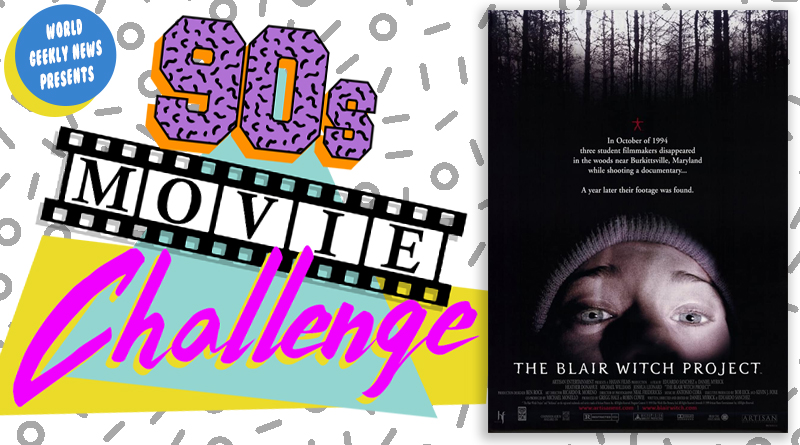 Welcome back 90s aficionados! Due to unforeseen circumstances, this week’s planned #90sMC has had to be changed at the last minute – but that’s OK because our chum Robert Johns jumped in at the last minute and volunteered to do his second week in a row!

So join us on a trek through the woods, back to 1999 as we go in search The Blair Witch Project!

The Blair Witch Project is a “found-footage” film, meaning that the premise is that the events in the movie actually took place and that the film presented is made up from the footage taken by whoever had been involved (usually some hapless film-makers sticking their noses where they don’t belong) by some concerned producer wanting to highlight their plight.  This serves to make the film more appealing because we, as benevolent human beings, like nothing more than knowing all the gory details behind someone’s misfortune and directors and producers have preyed upon this for cinematic success.

A “found-footage” film will have a number of characteristics… it will have some shaky camera work, filmed by the protagonists themselves.  They will generally be filming a documentary or similar in relation to a local legend or other mystery with the aim of finding “The Truth”.  As the film progresses bad stuff will happen, starting off subtly before reaching a shocking crescendo which generally leaves the viewer in no way resolved as to the fate of the filmmakers.  It is a great formula when done well, and awful when done badly. 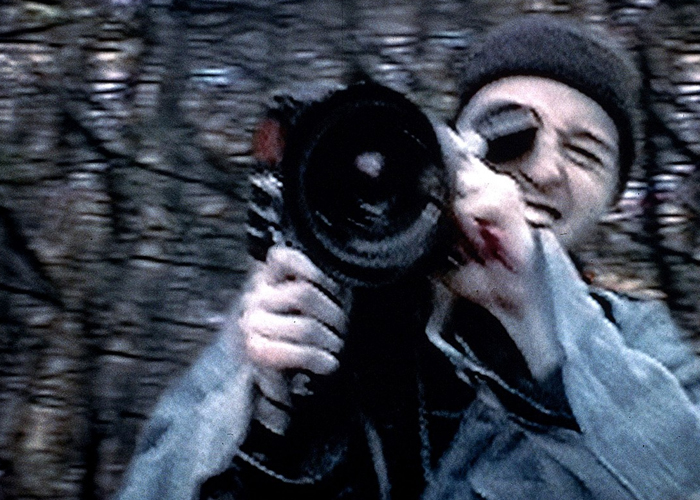 The Blair Witch Project does it well.  Very well.  Because the directors; Daniel Myrick and Eduardo Sánchez got it spot on, in every aspect.  So much so that it was one of the most successful independent films ever made!

The film’s premise is based on the story of three amateur filmmakers; Heather Donahue, Michael C. Williams, and Joshua Leonard who decide to film a documentary about a local legend known as the Blair Witch near the town of Burkittsville, Maryland, in 1994.  The trio vanish without a trace, but their equipment and footage are discovered a year later and later edited together to create a film that attempts to find out what happened to them.  At the beginning of the adventure they interview locals within Burkittsville about legends and hear creepy tales about the hermit, Rustin Parr, who lived in the woods and kidnapped and murdered seven children in his basement in the 1940s; they meet two fishermen, who warns them that the woods are haunted and recounts the tale of Robin Weaver, who went missing in 1888; when she returned three days later, she talked about “an old woman whose feet never touched the ground”; and Coffin Rock, where five men were murdered in the 19th century; their bodies which were ritualistically laid out, later disappeared.  These legends are the stuff of urban legends which, in the early days of the internet, would have been nigh on impossible to research but which provide a ghost hunting quest that would pique the interest of any paranormal investigator. 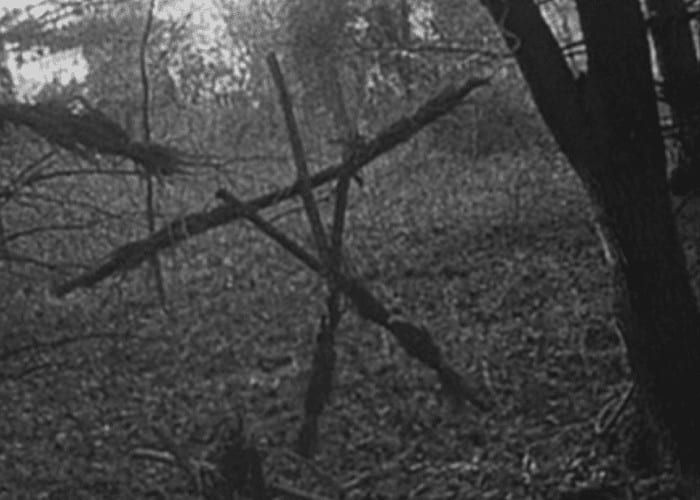 So, off they trot into the woods where, within hours they discover some small rock cairns, one of which Josh manages to knock over.  Clearly, the Blair Witch takes umbrage to this because this is the start of all their woes.  They are terrorised at night by noises, they get hopelessly lost, find stick people dangling from the tress, the tent gets attacked, Josh goes missing, and then they find a deserted house in the woods.  But this is not just any house, it’s the derelict home of Rustin Parr.  Now that, for me, would be a warning to stop what I was doing right now, but the two remaining filmmakers enter the house, and in one of the most heart-stopping fear-inducing moments they descend into the cellar…

I have never been so absorbed by a horror film so much as the first time I watched the infamous BBC production of Ghostwatch and it is this ability to suck you right into the story that makes The Blair Witch Project such a success!  So how does it work?  What makes a good “found-footage” horror film?  I think there are three factors

Firstly, keep it low key and as real as possible.  The Blair Witch Project was an independent film with unknown actors who used their own names.  Think back to Ghostwatch – we all bought into it because the actors were established household names.  Sarah Green played Sarah Green and when she crawled under the stairs to face Pipes, we all thought it was really happening.  Keeping it low key also means that no one who watches it is likely to say: “Oh this director did…” or “that actress was in…”    It starts by making it seem possible that this might actually have happened.  This was done to great effect with the film Cannibal Holocaust where the actors were, by condition of their contracts, not allowed to be involved in any media for a year after the film was released.  This was so effective that the film’s director was actually arrested on suspicion of murdering them during the making of the film and having created a “snuff” movie.  He narrowly escaped prison by getting the actors to break their exile to prove that they were alive (I won’t say “and well” because, by all accounts, the film was somewhat harrowing to make).

Secondly, and linked to my last sentence, treat your actors badly!  Kubrick, when making The Shining, reportedly wore Shelley Duvall down so much that she was on the verge of a nervous breakdown to achieve the effect of a terrified woman, scared of her own shadow.  During the making of The Blair Witch Project, the directors made the actors endure long walks throughout the day, attacked their camp at night to deprive them of sleep, and withheld food.  This made the emotional outbursts of the actors all the more real (but ethically may be a little off-piste). 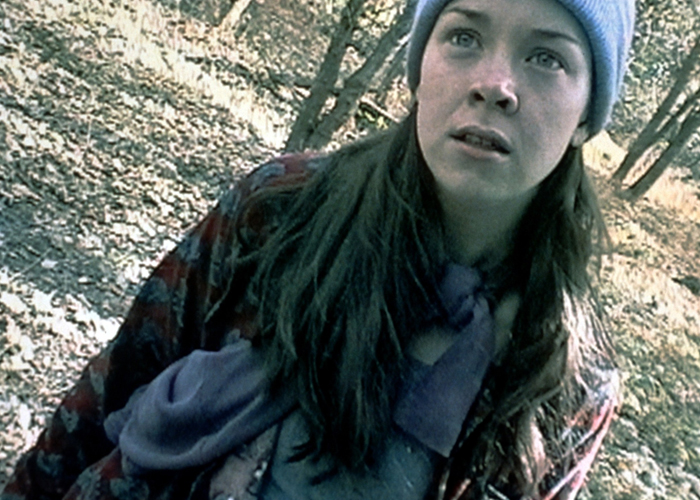 Thirdly, less is definitely more.  Jaws owes its success to the fact that the mechanical shark rarely worked so the tension had to be built up by John Williams’ two notes and a “shark’s eye view” camera shot.  You didn’t even have to see the shark, you just had to fear its appearance.  In The Blair Witch Project, we nearly saw the witch but a planned shot that would have shown it chasing the filmmakers into the woods was botched, meaning we could only ever imagine what it looked like.  And what we allow our imaginations to create will always be the thing we fear the most.

And finally, create a legend for your film existing.  The Blair Witch Project was probably the first film to be marketed using the internet and the directors did this by developing numerous media articles relating to the subsequent investigations into the disappearance of the three filmmakers.  These were posted on the film’s website and provoked some interesting debate about how true the film was.  Test screenings were enhanced by missing posters, and IMDB was doctored to state that the three actors were “missing – presumed dead”.  Think about the Slenderman phenomenon for a more recent example of how this fictitious legend can grow (spindly long) legs.  Slenderman started as a creepypasta meme whereby the character developed from two doctored photographs and spawned a collaborative urban legend surrounding his activities.  With no official canon for Slenderman, he became everything scary to all people and the line between reality and fiction became so blurred that, in 2014, two 12-year-old girls in Waukesha, Wisconsin held down and stabbed a 12-year-old classmate 19 times claiming that they wished to commit a murder as a first step to becoming proxies for Slenderman, having read about it online and being fearful that Slenderman would kill their families if they did not commit murder first.  Fortunately, Payton Leutner survived the attack, and her two classmates were imprisoned.  This shows how powerful a legend can become if it is allowed to become viral.

The Blair Witch Project was the 10th most successful film of 1999 and remains, in my opinion, one of the best horror films of all time.  It certainly put me off camping for a very long time and that’s because you never see the monster.  Your imagination fills in the blanks and, as I said before, that is scarier than anything a film-maker can do because it taps into your own fears and enhances them.  However, with success comes greed and the need to exploit a winning formula.  Two sequels were produced which do not even come close to the original.  So, a warning to any would-be filmmakers out there: know when to stop when you’re winning – and stay out of the woods!

Join us again next week, when all things being well Jane Roberts will take us back to 1991 to meet the family – The Addams Family! 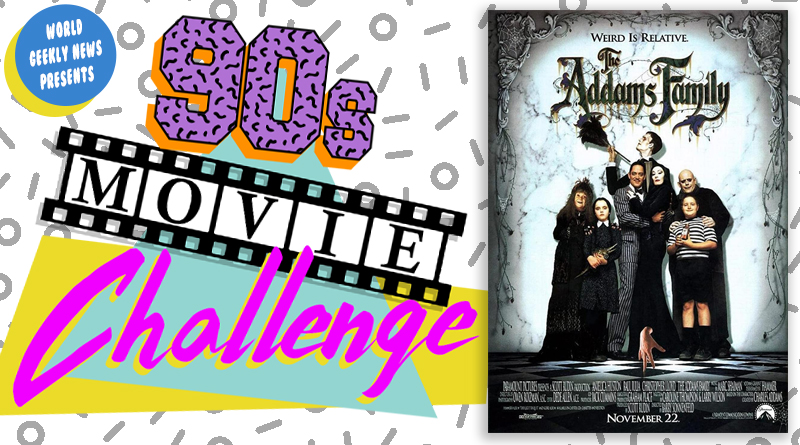 But! Just in case that’s not possible we’ve got Paul Childs ready to keep us in 1999 to look at one of the most successful horror films of the 90s and we’ve got a good feeling you might be able to guess what it is. A sense, one might say… The Sixth Sense! 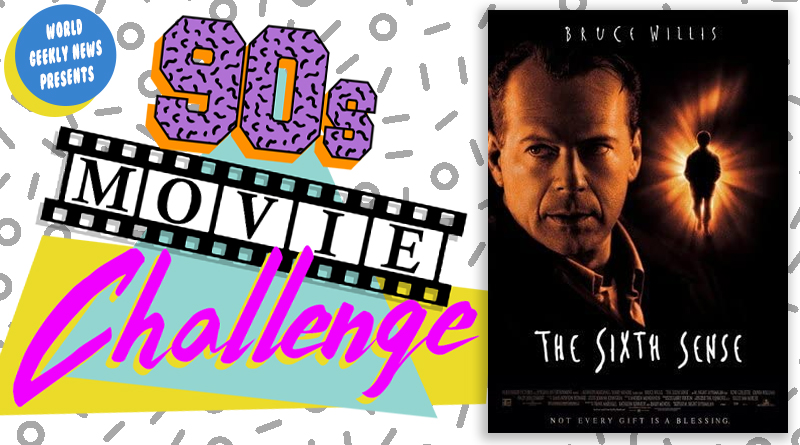 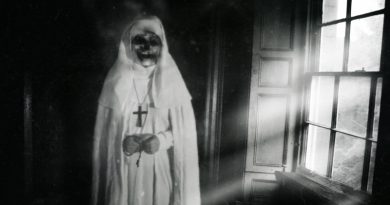 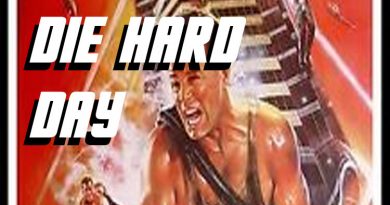