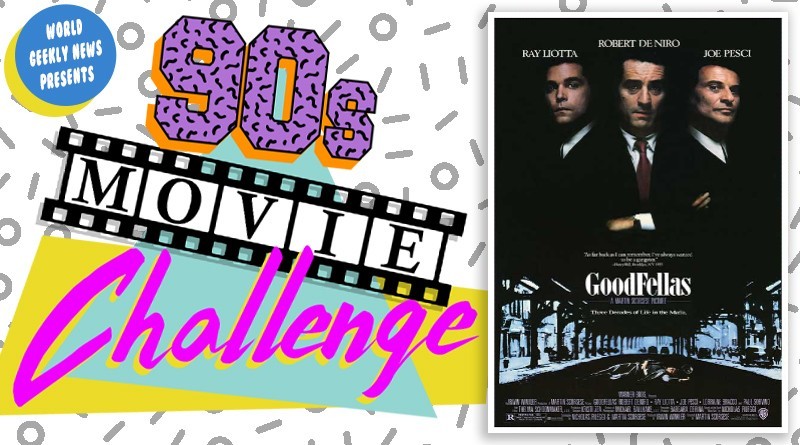 It’s 90s time again pals! And this time for #90sMC Chris Lupton takes us back to 1990 to make us an offer we can’t refuse (Er… wrong film, Ed.) to tell us all about his first-ever viewing of Goodfellas.

Goodfellas (the 1990 biographical gangster flick and not the popular range of frozen supermarket Pizzas here in the UK) helmed by the acclaimed Martin Scorsese, is a film about a Brooklyn teen who works his way up the ranks of the mob to a point where his endeavours supersede that of his peers and become his ultimate downfall (with lots and lots of cocaine).

That I feel, in a nutshell, tells you everything you need to know about this biopic of Henry Hill.

I’d never seen Goodfellas before, not necessarily out of choice, less out of desire. I enjoy a crime flick like the next chap, but I do find something ultimately droll about the underworld’s workings as they’re often cliched and parodied to the extent of flogging a healthy horse to death.

That’s not to say this is what’s happening here; more that I feel I’ve seen Goodfellas, but in other mediums, often parodied (being completely frank, it bored me to tears yet somehow kept me captivated).

The films cast are your typical hit list of mob film gold stars. If this were an episode of the BBC daytime quiz show Pointless, I bet you’d struggle to find a pointless answer in a generic crowd when asked ‘Name an actor that appeared in Goodfellas.’

De Niro, Pesci, Liotta – the triumvirate of a well-known mob film leading a cast of otherwise recognisable, yet unnameable faces (constantly I found myself thinking, I’ve seen him playing a mobster in another flick, and him – and him – and etc, etc). I guess typecasting is truly a thing when it comes to the Italian brotherhood of actors, which has me thinking – do any of these actors actually have mob fraternity links? (A quick Google leads me to read that some have links or acquaintances, but no, they’re not educated in the criminal alma mater).

One lesser-known face that I didn’t recognise but was enthralled by however was Lorraine Bracco, playing Karen Hill, Henry’s sort-of-innocent-but-not-so-holier-than-thou wife. Bracco’s portrayal of a woman torn between the conflict of being a mob wife; drenched in the earnings of blood money, yet resentful of its connections and Henry’s double-life with various girlfriends is perfectly cast.

It was also a double-take moment to see a fledgling, pre-Tarantino Samuel L. Jackson cast in a very minor role (and I mean so minor, it wouldn’t be worth mentioning were he not so famous now).

For me, the one aspect that kept me going however was the film’s period settings. I’m a sucker for a period flick; throw me a bygone time and I’ll watch it through and through. Toss in some authentic scene dressing and soundtracks and I’m invested, and this is what I really enjoyed about Goodfellas. The cars, the fashion, the music – it was all there, reprising New York from the 1950s through to the 1980s. You start off with what felt like your standard Little Italy era Brooklyn setting and end up with Miami Vice.

Personally, I doubt I’ll ever revisit the film. As mentioned, it’s a film I feel like I’ve seen a million times before, and whilst I can potentially appreciate it being lauded with awards and high box office earnings, a small part of me can’t help but wonder if that’s a result of the Hollywood era of nepotism with the critically acclaimed writing and directing team behind the wheel.

Come back next time as our good pal, Robert Johns, takes us back to 1992 to kick of the first of five special Halloween-focused #90sMCs. But don’t forget to bring the garlic (Are we eating Italian again? Ed) and stakes (Mmmmm, steaks, Ed.) in case we bump into… 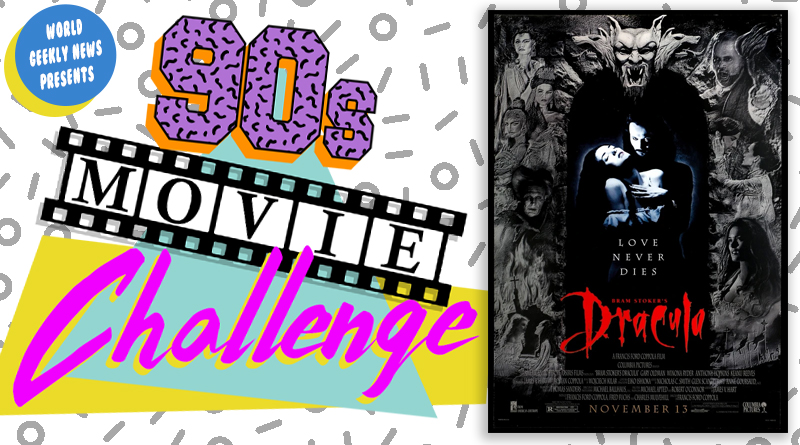 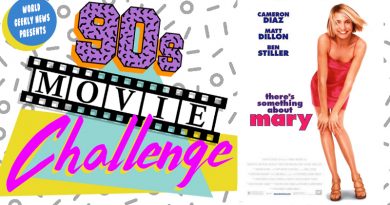