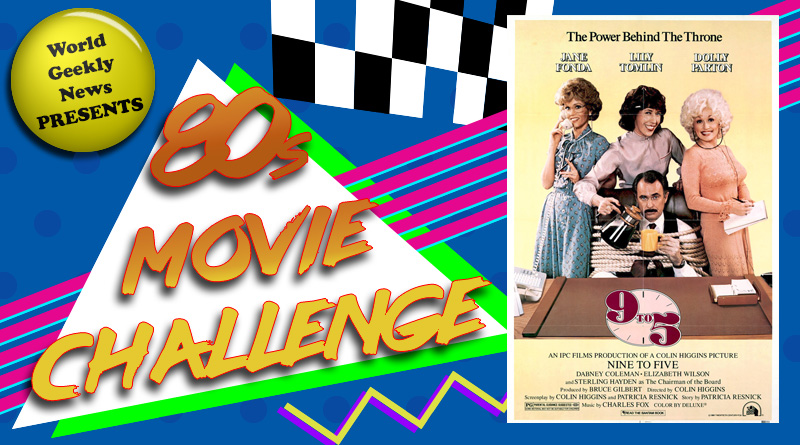 This week the next part of our #80smc odyssey takes Paul Childs all the way back to the beginning of the decade with one of the oldest films in our list, yet one that has an awful lot to say about issues which are still a hot topic today.

Happy Friday my 80s loving chums! Who’s looking forward to the weekend after a hard day at work? I know I am. Unlike this week’s protagonists, I do actually enjoy my job but still, going home for the weekend is better!

My last few pieces have been rather nostalgic where I took you on a long ramble (which I hope you enjoyed) all around my childhood and teenage years, back to the times and places where I first saw those formative movies. This week’s film, however, was not a major fixture of my childhood. Had I seen 9 To 5 back then, I very much doubt I would have enjoyed, or even understood it. Which is a shame, because it’s very good – and very funny. But it’s also very adult (not in that sense you saucy mare) oriented and it still has a serious message we can learn from today.

For some reason I thought I had seen this film, maybe about 10-15 years ago (and I’ll tell you why in a moment), but as the film progressed it became clear that, while I was familiar with themes and certain imagery from the movie, I had most definitely NOT seen it in full. There are many, many memorable scenes in this film that one doesn’t easily forget!

Back in the early days of Facebook (OK, here’s a little bit of recent-ish nostalgia) one of the things you could permanently display on your Timeline, or Wall or whatever it was called back then, was your favourite movie quotes. I had one from Ghostbusters (“When someone asks you if you are a god, you say YES!”) and beneath that was this line:

I’ve killed the boss! You think they’re not gonna fire me for a thing like that?

Great isn’t it? It is taken from a turning point in 9 To 5 and has been, for quite some time, my favourite movie quote, only being usurped fairly recently by a line from The Abominable Doctor Phibes, which I saw for the first time a couple of years ago (“A brass unicorn has been catapulted across a London street and impaled an eminent surgeon. Words fail me, gentlemen.”). I tried to find that feature on Facebook last night, but it seems to have vanished, like many of our favourite features of that site, into the mists of time.

OK, nostalgia bit over. So, about the film then…

9 To 5 is partly a workplace drama, part battle-of-the-sexes satire and part zany comedy. It stars Lily Tomlin as Violet, an ambitious, and extremely competent career minded secretary who is repeatedly overlooked for promotion to office manager by her department head Franklin Hart Jr. (Dabney Coleman) who not only prefers to keep the upper echelons of management as an exclusive Boys Only Club but also steals all her best ideas and presents them as his own, reaping the rewards. Enter Jane Fonda as Judy, a recently divorced, middle-aged former housewife entering the world of work for the first time and encountering unpleasantness she didn’t even know existed (being judged by her looks, suffering sexist nicknames and failing miserably to operate the GIGANTIC photocopier). Capping off the triumvirate of female leads is Dolly Parton as Franklin’s attractive but demure PA Doralee who is continually sexually harassed by her lecherous boss, leading to an erroneous office reputation as his mistress (and subsequent, undeserved hatred from all the other women). 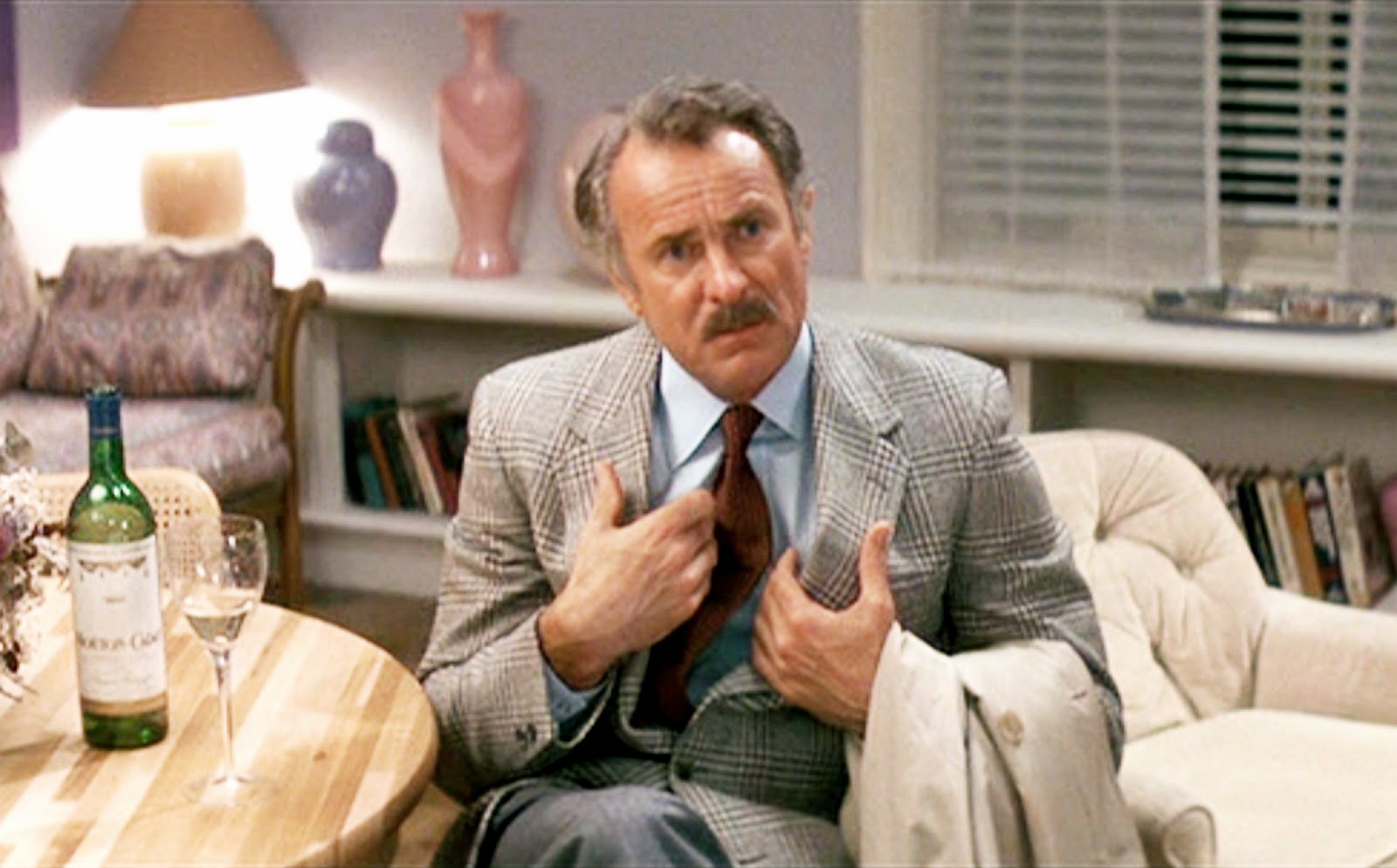 When all three of our heroines fall foul of Franklin’s advances and prejudices within the space of a few minutes and all retreat to the same bar for an early lunch and a stiff drink they discover that they have a lot in common. And plan their revenge.

9 To 5 is partly based on 9to5, a group dedicated to equal rights for women in the workplace. Fonda learned of this organisation and decided to make a film about the personal experiences of members. Originally it was going to be a drama with a much darker ending. However, when Fonda saw Lily Tomlin performing stand-up comedy in Los Angeles she had the idea of changing the film into a more lighthearted affair in the style of 1940s female-led screwball comedies. It was while driving home from that gig that Fonda heard a Dolly Parton song on her radio and decided who the third protagonist should be.

9 To 5 was Parton’s screen debut and as such, she had very little experience with filmmaking. Thinking it would be similar to theatre Parton believed, much to Tomlin and Fonda’s amusement that, firstly, the film would be shot in the order it was written, and secondly, she would have to learn her entire script from start to finish. Despite the gentle ribbing she got from her co-stars over this misunderstanding, she did actually commit her entire part to memory. And every other character’s part too!

The part of Doralee was based on a real person, as screenwriter Patricia Resnick describes in an interview with Rolling Stone magazine:

“There was the head guy’s secretary. I had spent some time with some of the other secretaries first before talking to her, and nobody liked her. Everybody had a bunch of awful things to say about her, and they said she got to be his secretary because she was sleeping with him, and on and on. I finally went out to lunch with her one day, and she had a couple of martinis and her tongue got pretty loose and she started telling me about her life, and she started crying.

She was a really nice woman, she was living with her mom and taking care of her, and she knew everybody thought she was sleeping with the boss, and she said she wasn’t. That gave me the idea for that character.”

In that interview, Resnick also explains that Doralee was written for Parton, even before she had accepted the role. When she was offered it Parton made a deal with the studio that she would also get first dibs on writing and performing the theme song – a deal she would successfully broker for almost all of her starring roles, with the exception of Steel Magnolias. This deal would pay off as 9 To 5 was nominated for the Best Song at the Oscars. It didn’t win, but it did manage to bag a couple of Grammys. Have a listen to it. Hear that typewriter tapping away throughout? That’s not a typewriter! It’s Dolly’s acrylic nails being clicked together! 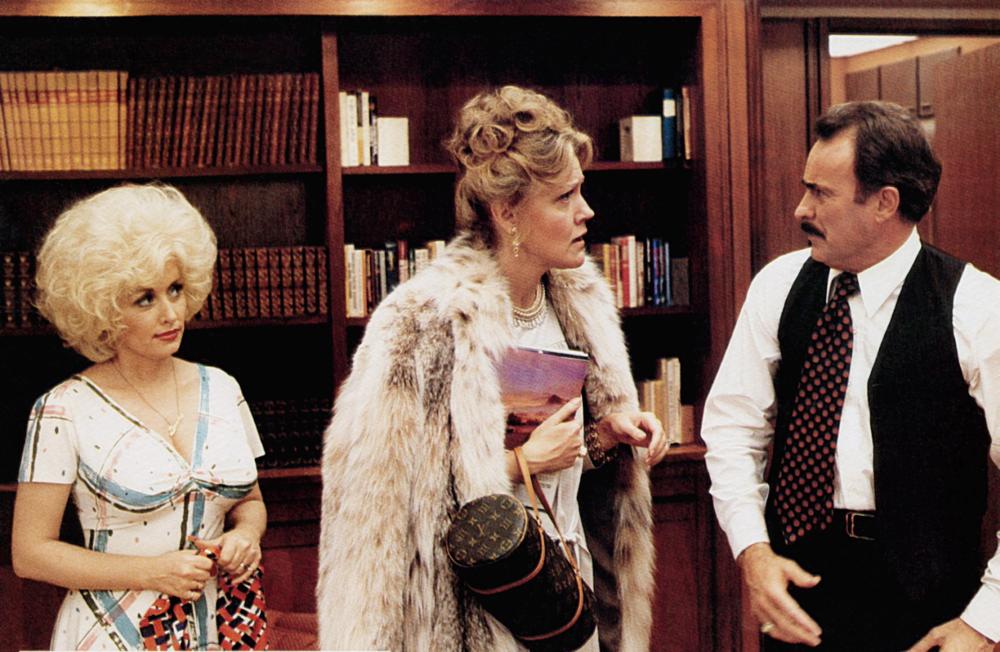 9 To 5  is clearly an important film, coming at a time when equal pay for women had not improved since the 1960s and sexual harassment by bosses was not only rampant but expected. Knowing its reputation, when I was watching it the other night for the first time I found myself surprised that the message of empowerment was somewhat subdued. Yes, the heroines do decide to take revenge on their boss, first by dreaming up hilarious marijuana-fueled fantasies of how they’re going to bump him off, and later by kidnapping him while taking over the department to prove they could do better.

And these plans do work to some extent. When the CEO first sees the ladies’ changes he is delighted and our heroines are vindicated. But Franklin still gets to take the credit. Yes, it backfires on him as he is promoted into a job he really doesn’t want, meaning he’s shipped to a foreign office, but the victory feels somewhat hollow – especially given that the CEO allows all the changes except one, and reverses the equal pay.

It’s perhaps Fonda herself we have to blame for this as when the film was still a drama and the girls came out on top by murdering Franklin to take his place, Fonda said “it seemed too preachy, too much of a feminist line” and “I’m just super-sensitive to anything that smacks of the soapbox or lecturing the audience”. It’s a shame because it still received criticism from The New York Times, who described it as “a comedy that turns that classic refrain into a militant cry for freedom”. They did, however, pick up on my other criticism of the film saying that the biting satire of the first half “slips uncertainly into farce” towards the middle section.

Criticisms aside, it’s still a very funny romp, and an important film in terms of women’s rights. Yes, the triumphs are not quite as satisfying as they could have been, but that’s viewed through my modern, 21st Century eyes. Back then, at the beginning of the 80s, I can only imagine that this film was nothing short of revolutionary, paving the way for other feminist-oriented comedies such as Tootsie (surely Hoffman’s look for Dorothy Michaels must have been based, at least in part, on Fonda’s Judy Bernly), Thelma & Louise, Fried Green Tomatoes, Romy & Michelle’s High School Reunion, Election etc. 9 To 5 went on to become the second-biggest film of 1980, only beaten to the top spot by The Empire Strikes Back, and it also became the first female-led comedy to gross over $100m at the box office.

As the fight for equal rights for women in the workplace continues and we’re beginning to see men, not entirely unlike Franklin Hart Jr. brought to account for their deplorable actions in the past thanks to the #MeToo movement I think any man could benefit from watching this movie. Not only is it a real eye-opener to the way women were once (and in some ways, still are) treated, but, if you can cope with a serious topic being tackled in a very lighthearted, some would even say silly approach, it’s also a very enjoyable way to spend a couple of hours.

Next week Jane Roberts talks about a film which was a firm favourite at the time, but on a recent viewing proved a more difficult watch – 1989’s darkly comic high school drama Heathers. 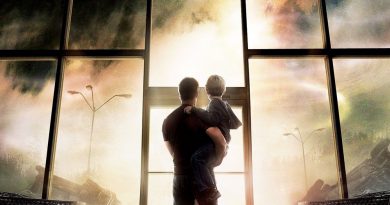 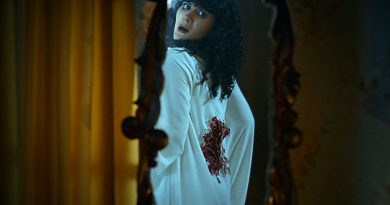 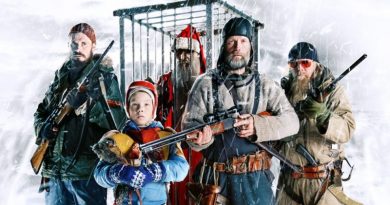